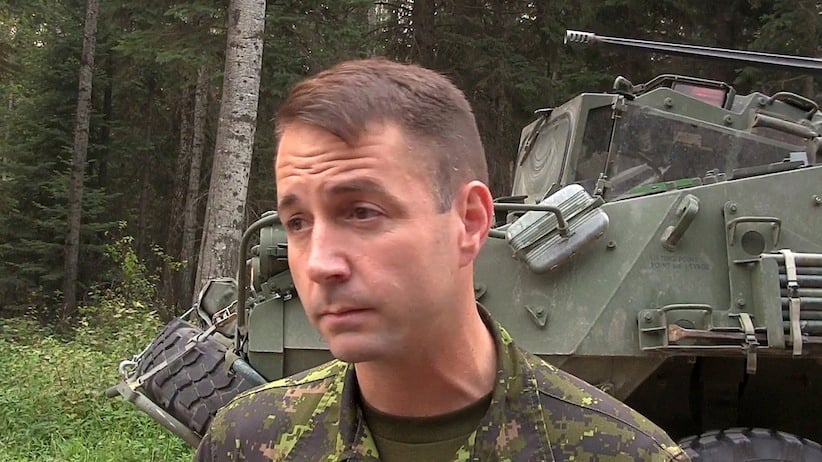 OTTAWA – The commander of one of the country’s most famous infantry battalions faces serious, sex-related charges, less than a week after the country’s new defence chief pledged to eradicate sexual misconduct in the military.

Lt.-Col. Mason Stalker of the 1st Battalion, Princess Patricia’s Canadian Light Infantry has been charged with 10 offences including sexual assault, sexual exploitation and breach of trust. The charges relate to a series of incidents involving one military cadet that are alleged to have occurred in Edmonton between 1998 and 2007.

“These are serious and significant charges under the Criminal Code of Canada,” said Lt-Col.Francis Bolduc, commanding officer of the Canadian Forces National Investigation Service.

Gen. Jonathan Vance, the chief of defence staff, said Stalker has been suspended from his command assignment pending the outcome of the judicial process.

“I have been informed of the charges regarding Lt.-Col. Stalker,” Vance said Tuesday evening in a release.

“As stated by the Canadian Forces National Investigation Service, these are serious charges under the Criminal Code of Canada. However, I cannot comment on this specific case, given all Canadians should be afforded due process. We must allow the judicial process to unfold.”

In a letter sent to all members of the Canadian Forces, Vance likened the approach to a formal military operation, calling it Operation Honour.

“I lament the fact that there exist within our ranks those that would bully, degrade or assault others, especially another member of the CAF or a member of the defence team,” Vance wrote in his July 23 letter.

Deschamps’ April report laid the blame on a pervasive macho culture in which the leadership tolerates abuse and leaves women fearful to report it.

But only two of her 10 recommendations for fighting the problem were accepted outright by then-chief of defence staff Gen. Tom Lawson.

When Vance took over as the top-ranked officer earlier this month, he changed the tone, saying he assumed responsibility for what he termed the “institutional failure” of the armed forces to address sexual misconduct.

Stalker, 40, is charged with three counts of sexual assault, four counts of sexual exploitation and one count each of sexual interference, invitation to sexual touching and breach of trust by a public officer.

He appeared in an Edmonton courtroom on Tuesday and was released on $2,500 bail under conditions that include staying away from places where children gather, having no contact with cadets younger than 18 and giving up his passport. His next court appearance is scheduled for Aug. 20.

A spokeswoman for Defence Minister Jason Kenney, in an emailed statement, called the allegations against Stalker “very disturbing.”

“Sexual assault and harassment of any kind have no place anywhere in the Canadian Armed Forces,” said press secretary Lauren Armstrong.

“This is now a matter for the courts, so further comment would be inappropriate.”

Stalker served in Afghanistan in 2006 and again from June 2010 until October 2011, according to his LinkedIn profile, which was removed from the website Tuesday shortly after the charges were announced.

He was awarded the Meritorious Service Medal in 2007 and 2012 for his efforts in Afghanistan.

“Responsible for operations in the most volatile and violent region of Afghanistan, he was instrumental to operational success and significantly contributed to defeating the insurgents.” reads the 2012 citation posted on the Governor General’s website.

“Lt.-Col. Stalker’s performance was of a high standard and brought honour to the Canadian Forces and to Canada.”

More recently, he was one of the officers in charge when the military was called out earlier this month to help fight wildfires in northern Saskatchewan.

Stalker graduated from the Royal Military College with an honours degree in 1997.

The military asks that anyone with information that may be related to the investigation contact the Canadian Forces National Investigation Service western region tip line at 1-877-233-6066.