Everything you need to know about the Jian Ghomeshi trial

A cheat sheet for the most-anticipated Canadian trials of the year, with an insider look at what lawyers are saying and predicting for the case 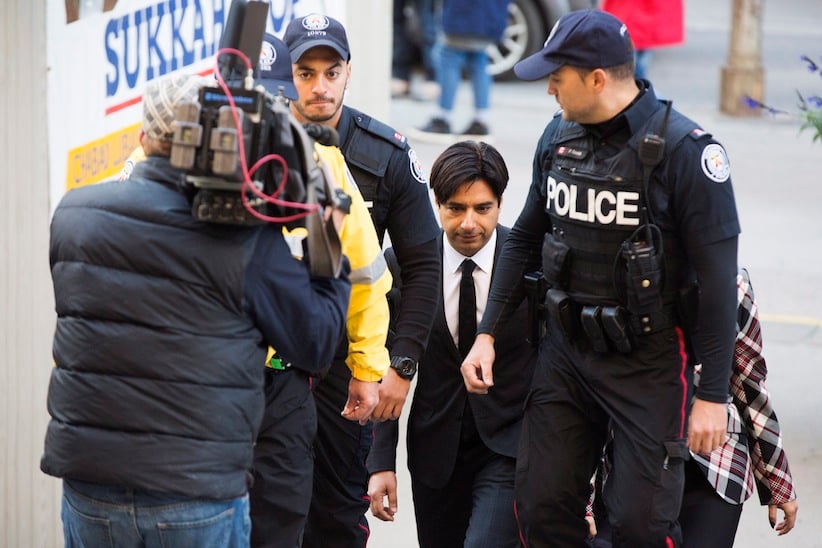 Regina v. Jian Ghomeshi begins on Feb. 1 at Toronto’s Old City Hall. We sought out some lawyers to provide insight and answers to some questions you may have about the much-anticipated trial.

What are the charges?

The former CBC radio host faces five charges: four counts of “sexual assault” and one count of “overcoming resistance by choking,” all alleged to have occurred in 2002 or 2003. (A sixth count of sexual assault dating to 2008 made will be tried in June.)

What is Ghomeshi looking at in terms of potential sentencing?

A guilty conviction for sexual assault that is tried summarily can result in incarceration in a provincial correctional centre for no more than 18 months. The charge of “overcoming resistance by choking” is seen by the courts to be as serious as attempted murder or aggravated sexual assault. It carries a potential penalty of “imprisonment for life” under the Canadian Criminal Code. Of course, that does not mean a life sentence is mandatory—or likely. Judges have complete discretion when handing down the sentence.

Who are the complainants?

Four women: three in the February trial, one in the trial set for June. Only one, the actress and Royal Canadian Air Force officer Lucy DeCoutere, has opted out of the publication ban standard in sexual violence cases. She has accused Ghomeshi of “sexual assault” and “overcoming resistance by choking.”

How common is it to group complainants?

Very common, when you have multiple events and a single accused. 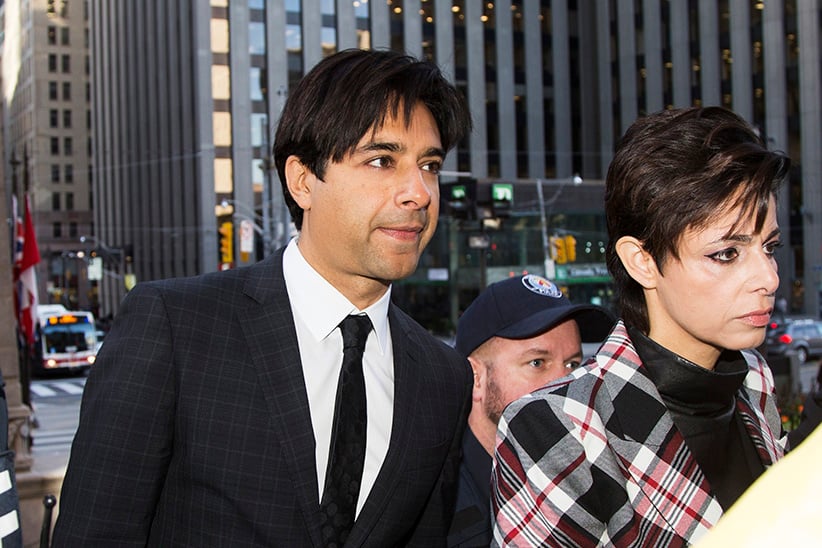 Does having multiple accusers benefit the Crown?

It can in practical ways, say lawyers. There’s the efficiency of multiple people alleging the same thing against the same person at the same time. “The defence will say it’s way too prejudicial to put all of these together—that 12 sh–ty cases will add up to one good one,” says one lawyer. “And the Crown will say we’re not running 12 cases.” Having multiple complainants on similar charges is also seen to reduce the risk of “inconsistent verdict” that could arise if each of the cases were tried separately.

Multiple accusers also can lead to what one lawyer calls “group think”—the “if 10,000 people say it, it must be true.” And that gives rise to concern that “the whole will be seen as greater than the sum of its parts”—or “where there’s smoke there might be fire.”  “You want to avoid that creeping into justice system,” one lawyer says. “The justice system is big on ‘No, you’ve got to prove the fire.’ ”

Yes: “It always creates an opportunity for the defence in making the case for a conspiracy between women,” one criminal lawyer says, which can be used to discredit witnesses. “It all turns on opportunity to collude. If you have actual communications you might have a collusion case.”

Related: Inside the toxic CBC environment that abetted Ghomeshi

Why will it be decided by a judge, not a jury?

A judge alone is the norm in criminal cases. The Crown proceeds summarily in many sexual assault cases, which means a trial in the Ontario Court of Justice rather than the Superior Court,” one defence lawyer explains:  “I don’t criticize that. It means a complainant doesn’t have to testify at a preliminary hearing and a trial. The penalties are lower but it’s worth the trade-off.”

Ontario Court Justice William Horkins. The former Crown attorney was a criminal defence lawyer before being appointed to the bench. “He’s very smart, doesn’t suffer fools and is known as a tougher judge,” says one lawyer. Another notes that his presence is viewed as better news for the prosecution than the defence: “A lot of judges have a much wider strike zone of ‘reasonable doubt’ than him.”

Marie Henein with Danielle Robitaille, both of Henein Hutchinson LLP. Henein, a superstar in legal circles, is known for her ruthless, old-school courtroom style and dramatic flair, legally and sartorially. She was part of the team led by Eddie Greenspan that successfully defended former Nova Scotia premier and ex-federal cabinet minister Gerald Regan in 1993; Regan was acquitted on eight counts, including rape, attempted rape, indecent assault and unlawful confinement. She also successfully defended former junior hockey coach David Frost who was acquitted of sexually exploiting his players in 2008. Henein is renowned for eviscerating witnesses on cross-examination. In his 2012 book, 28 Seconds, Henein’s former client, Michael Bryant, wrote that she “seemed to channel Hannibal Lecter” when questioning witnesses, “so able was she to find a person’s deepest frailties and exploit them.”  Henein succeeded in getting all charges dropped against the former attorney-general of Ontario, including criminal negligence causing death, after bike courier Darcy Allan Sheppard died.

Michael Callaghan, with Corie Langdon. Callaghan, a career Crown, is a very different courtroom personality from Henein, says one defence lawyer. “He’s a low-key guy, methodical, a hard worker, very smart. He’s competent, he’s not a superstar, he’ll do a good job.”  “Fair” and “honest” are words used to describe him. He’s respected, one lawyer says: “You’ll have a hard time finding anyone who would say anything bad about him.”

Opinion differs. Several lawyers believe he’ll have to. “He’s going to testify absolutely,” says one. Another agrees, saying: “You have a number of complainants saying they were sexually assaulted. Without him giving his version it would be very difficult to secure an acquittal.” One lawyer differs: “I don’t think we’re going to see Ghomeshi testify. I think Marie’s ‘Plan A’ will be to totally discredit the [alleged] victims. There’s no question she’s spent hours with him in witness prep to prepare him but will avoid it if she can.”

Will the tape shown to CBC executives that got Ghomeshi fired surface as evidence?

No. That tape, which CBC executives claimed provided “graphic evidence” that Ghomeshi “physically injured” a woman involved an incident occurring after 2012. No charges have been laid related to the activities on the tape.

Related: How Jian Ghomeshi got away with it for so long

How long is the trial expected to take?

What’s the pre-trial buzz among lawyers?

“It’s going to be a great performance from Marie, great courtroom drama,” says one. There’s agreement that Henein, known for constructing compelling defence narratives, will likely zone in on communication between the complainants to build reasonable doubt based on collusion or conspiracy. There’s also chatter about implications of a judge who’s not “defence-friendly.” That said, sexual assault cases between acquaintances are notoriously difficult to prove in court given the “beyond a reasonable doubt.” More than one lawyer said they wouldn’t be surprised to see acquittal on all counts.

Clarification: This post has been updated to indicate that the maximum sentence for a sexual assault charge dealt with summarily is 18 months; as an indictable offence, a 10-year maximum sentence applies.