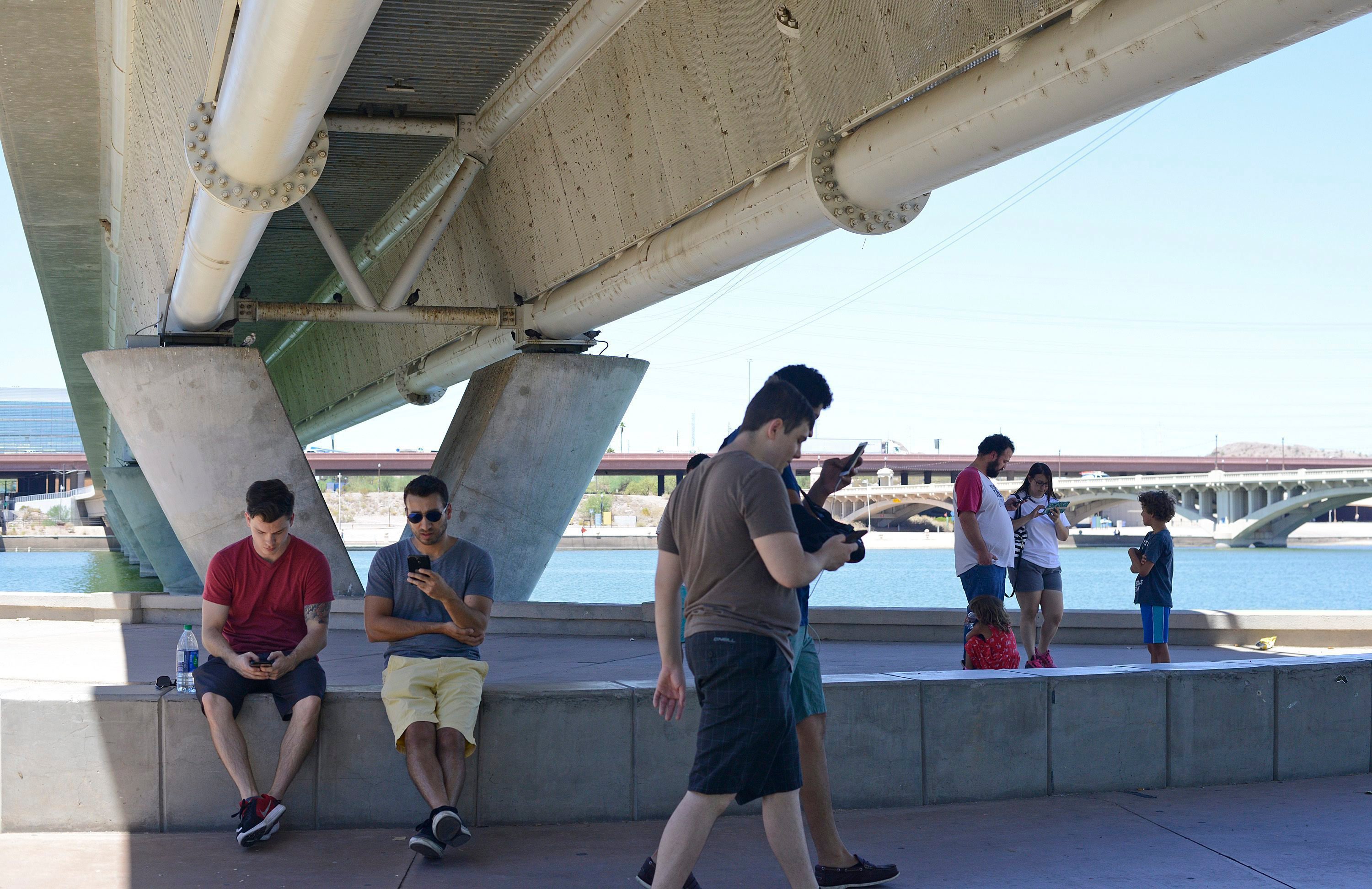 TORONTO — Ontario Premier Kathleen Wynne is advising Pokemon Go players to keep their eyes off their phones when walking, especially at intersections.

Wynne says she always advised her children to make eye contact with drivers when crossing the road, and points out you can’t do that if you’re looking down at your phone.

She says it’s really about common sense, and people understanding that they can put themselves at risk by focusing on their phone instead of their surroundings.

The province last week dismissed a request from the city of Toronto to amend the Highway Traffic Act to ban people from texting while walking on roads, saying the city could pass its own bylaw if it wanted to.

Wynne says she’s only interested in regulations and bylaws that are enforceable, suggesting she thinks it’s impossible to actually stop people from texting, emailing or playing games on their phones while walking.

Pokemon Go officially became available in Canada on Sunday, but many users had already figured out how to download the app, which superimposes animated characters onto a map-like interface using the video camera in smartphones.