'Regulation 17 showed a disregard for Franco-Ontarian identity and equality, and on behalf of the government of Ontario I offer an apology' 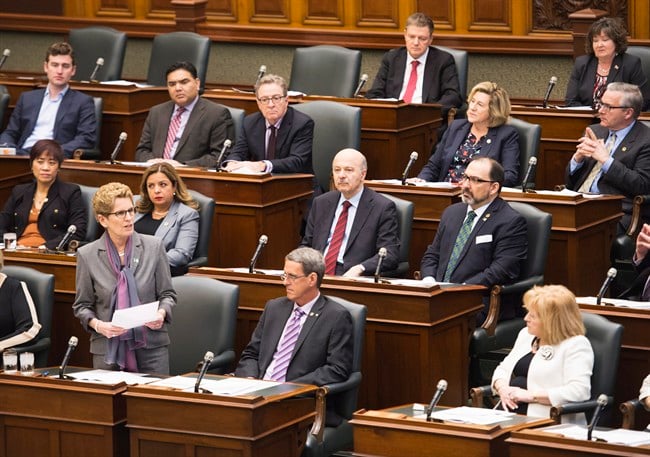 “Regulation 17 showed a disregard for Franco-Ontarian identity and equality, and on behalf of the government of Ontario I offer an apology,” Wynne told the legislature.

The regulation was enforced for about 15 years before it finally fell into abeyance by 1944, a period Wynne described as a “wound” for Ontario’s French-speaking population. Ontario did not officially recognize the right of francophones to receive French-language education in elementary and secondary schools until 1984.

“The government enforced regulation 17 for more than a decade before finally conceding that the policy was a failure, but it stayed on the books much longer,” said Wynne. “The francophone community feared that Franco-Ontarian children were losing their language.”

The government of the day stated it wanted to raise the quality of English-language education in primary schools, so it prohibited teachers from communicating with students in French beyond grade 2. Many schools and teachers refused to obey the regulation, so the government brought in another to take away school funding and teachers’ certifications if they continued to allow French to be spoken.

“The tremendous courage and tenacity of Franco-Ontarians has not gone unnoticed,” said Wynne.

“In just a few generations, Ontario has gone from a place that was at times resistant to diversity to a place that fully embraces different cultures and languages.”

The premier dismissed the idea of compensation or reparations, and said the province was already making “concrete gestures” by providing French services and schools, and noted there is a debate about creating a French university.

“What’s important right now is to acknowledge that there was a regulation in place that was not fair, that did not recognize the importance of the francophone community in Ontario,” said Wynne.

“I think the changes that have been made over the last decades are very, very important in terms of recognizing the Francophonie in Ontario.”

Sudbury Liberal backbencher Glenn Thibeault, who asked for the official apology, said it demonstrated that the government recognizes its past error.

“It’s more than the apology itself,” he said. “It’s the opportunity to turn that page and say that the francophone community is now one that’s rooted in our province.”

“It was wrong when it happened, and even though the apology is coming late, I’m glad that we’re making it,” he said.

New Democrat Leader Andrea Horwath welcomed the apology to Ontario’s French-speaking community and urged the government to keep increasing the services it provides in French.

Ontario is home to about 612,000 francophones, the largest French-speaking population in Canada outside of Quebec.