Prince founded the Games after a 2013 visit to the U.S.-based Warrior Games 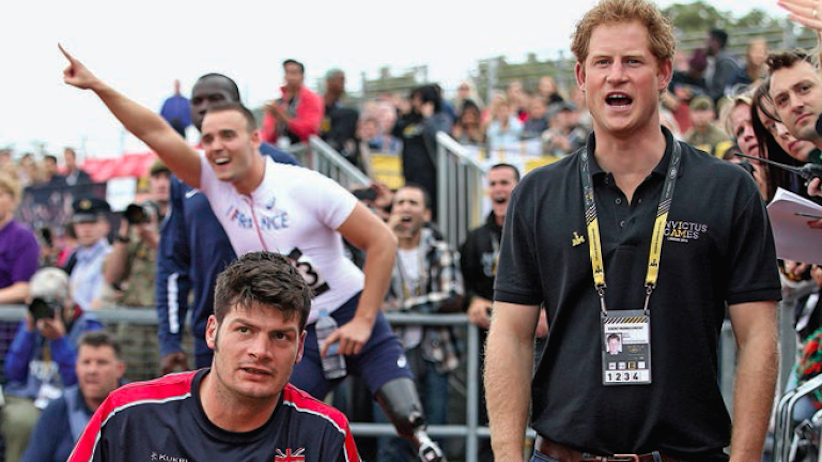 TORONTO — Prince Harry launched the official countdown to the 2017 Invictus Games on Monday, promising that the Toronto edition of the Olympic-style sporting event honouring wounded, injured and sick troops would be its biggest yet.

About 600 military participants from 16 nations are expected to compete in 12 sports in the event, which is the 31-year-old royal’s brainchild.

“This city will become the focal point for hundreds of men and women who use the pull of Invictus glory to motivate their recovery from physical and mental injuries,” Harry told a gathering of servicemen and dignitaries at Toronto’s Fairmont Royal York Hotel.

“And Toronto will take on responsibility for a competition that has the power to inspire millions of people around the world and to remind us all of the amazing contribution that our servicemen, women and veterans make.”

Harry said the desire to found the games took root in 2008 while he was serving as an officer in Afghanistan.

He was forced to leave the front lines after his presence in the war-torn region was leaked to the media, potentially endangering the soldiers serving alongside him, he said.

As he was flying home, burdened by a sense of guilt for abandoning his fellow troops, Harry said he had an experience that reminded him that battles were not always confined to the war zone.

“Once in the air, I stuck my head through the curtain to see three British soldiers, really young lads, younger than me at the time, laid out on stretchers in induced comas. All three wrapped in plastic, missing limbs, with tubes coming out of them everywhere,” he said.

“This visceral image was something I’d never prepared myself for and only heard of. It struck me that this flight was just one of many carrying home men and women whose lives would be changed forever.”

Harry said sport is a valuable outlet for soldiers trying to recover from their injuries. Smaller competitions playing out in front of meagre audiences inspired him to create a global platform for troops to showcase their athletic accomplishments, and for spectators to be inspired by their achievements, he said.

Harry was joined at the event by a number of dignitaries including Ontario Premier Kathleen Wynne and Prime Minister Justin Trudeau.

Showing a picture of his grandfather who served during the Second World War, Trudeau said Canada was committed to honouring soldiers during their time on and off the battlefield.

“These individuals, as the name Invictus suggests, are unconquerable,” he said. “And this event shines a spotlight on their unwavering strength of character.”

Later in the day, Prince Harry and Trudeau attended a sledge hockey exhibition game at Ryerson University’s Mattamy Athletic Centre where the royal explained why the sport will be part of the games for the first time next year.

“This is Canada, everything happens on ice, doesn’t it?” Harry quipped, drawing laughter and applause from the crowd.

Harry also explained that the games provide role models for those who observe them.

“You young guys, the next generation, these are the perfect people for you to look up to,” he said to the university audience. “It’s individuals who have put their life on the line and given service for their country, for their family for their friends.”

Trudeau agreed, saying the games give members of the forces a rare chance to step into the public eye.

“So much of the heroism, the bravery, the valour, the fight that our servicemen and (service)women do is not seen,” he said. “To get a chance to have men and women who have served in the forces step out and compete and show their courage and determination and strength, and to be cheered on with family members and friends and all of Canada in the stands, is a wonderful way for us to say thank you.”

The prince was set to have a private afternoon meeting with Ontario Lt.-Gov. Elizabeth Dowdeswell later Monday.

The Invictus Games were first held in London in 2014 and this year’s event is set to take place May 8-12 in Orlando, Fla.

The Toronto games will be the first to feature a national torch relay, igniting the Invictus spirit across all 32 Canadian military bases and neighbouring communities.

The games will help commemorate Canada’s 150th anniversary as well as significant military milestones such as the battle of Vimy Ridge and the battle of Dieppe. 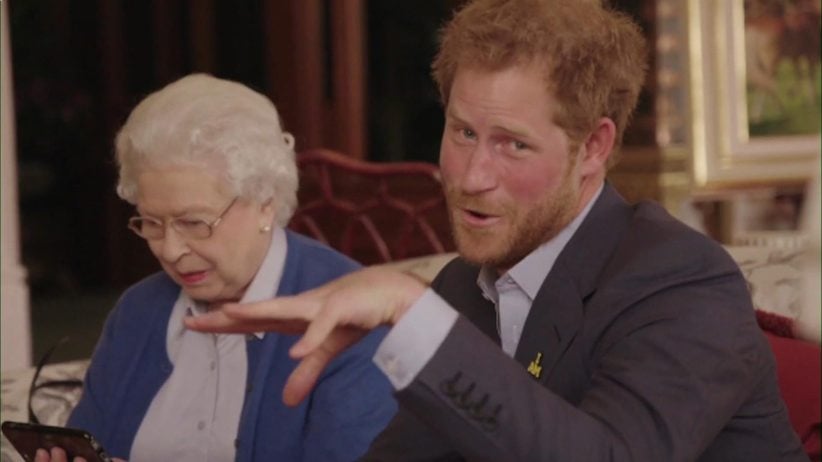 Harry recent shared a moment of onscreen levity with his grandmother the Queen, U.S. President Barack Obama, and his wife, Michelle, to promote the 2016 Games.

The video starts with Harry and the monarch looking at an Invictus brochure when they receive a video phone message from Michelle Obama.

The clip shows the Obamas accepting Harry’s challenge to the Invictus Games, with a man in uniform behind them saying “Boom!” and mimicking the motion of a microphone dropping to the floor.

The bemused Queen looks at Harry and says: “Boom. Really? Please.” Harry then says “Boom!” with a grin to the camera, while demonstrating a mic drop of his own.

Related video: What it feels like to play sledge hockey