CORNER BROOK, N.L. — Princess Anne is in western Newfoundland today for a visit marking the 100th anniversary of the Battle of Beaumont-Hamel.

She will unveil a sculpture of the iconic Danger Tree in Corner Brook.

It is from the battlefield of Beaumont-Hamel and also features a First World War soldier making his way towards the war-torn tree trunk.

The princess is the Colonel-in-Chief of the Royal Newfoundland Regiment, whose ranks were decimated at the Battle of Beaumont Hamel on July 1st, 1916.

The statues are the latest in a series of public sculptures and works paid for by the Corner Brook-based Forget-Me-Not Campaign.

The princess will also present new colours to the 2nd Battalion of the Royal Newfoundland Regiment at an event in the Grenfell gymnasium.

Related: Why Beaumont-Hamel is so close to our hearts 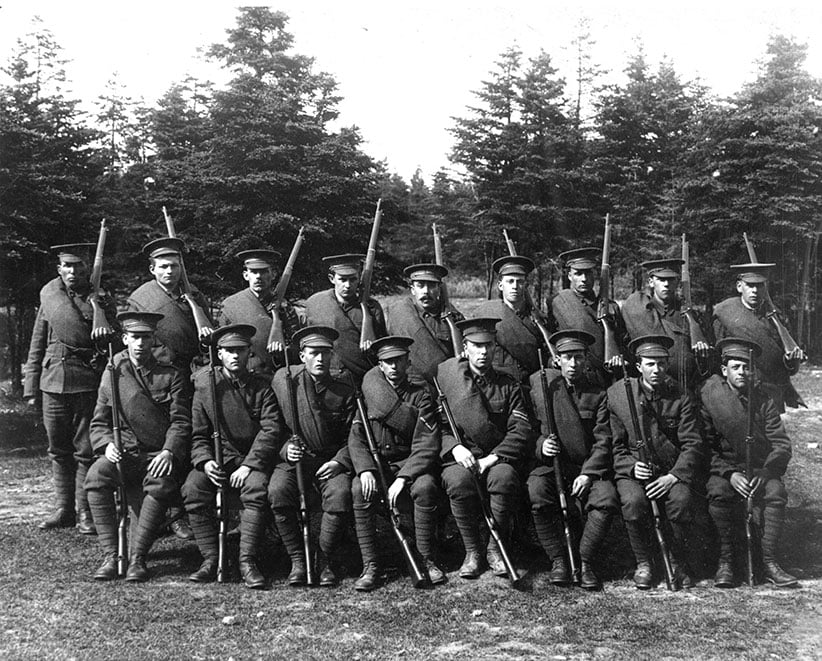 The loss of so many men is cited as a factor that led to Newfoundland joining Canada. (Room Archives)