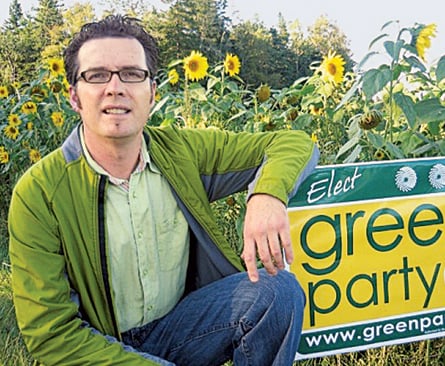 Earlier this year, when Canadians across the country heard about principal Erik Millett’s decision to stop the daily singing of O Canada at his New Brunswick school, he became the object of national scorn. Now, Millett, who had been on medical leave from Belleisle Elementary School since the controversy reached its crescendo in early February, has resigned. According to friend Richard Blaquiere, the constant phone calls, emails and death threats were “just too hard on him.” Adds Blaquiere: “He felt that his position was now untenable in that community.”

The new anthem policy had been in place for more than a year when parent Susan Boyd went public in January with her outrage over it. But Millett was soon facing derision from across the country, including public complaints from MPs. During the height of the debate, Millett, an environmentalist and former Green party candidate, argued that the national anthem wasn’t sung at other schools in the province, and that his staff didn’t ban the anthem outright—they just opted to confine it to special occasions and assemblies after parents cited a religious conflict. But, in February, the district ordered that the daily anthem singing be reinstated, and the education minister vowed to make it mandatory.

Millett declined a request from Maclean’s for an interview, but school superintendent Zoë Watson confirms that “his plan is to return to a position within the district when he feels able.” Or as Blaquiere put it, he will “look for greener pastures, where he doesn’t have to put up with the bulls–t.” Still, while the rest of the country has since moved on, Kelly Cooper, chair of the parent school support committee, says that Belleisle students are having difficulty dealing with Millett’s departure. “Bullying is not condoned on the playground,” she says. “How do we condone what’s happened here?”