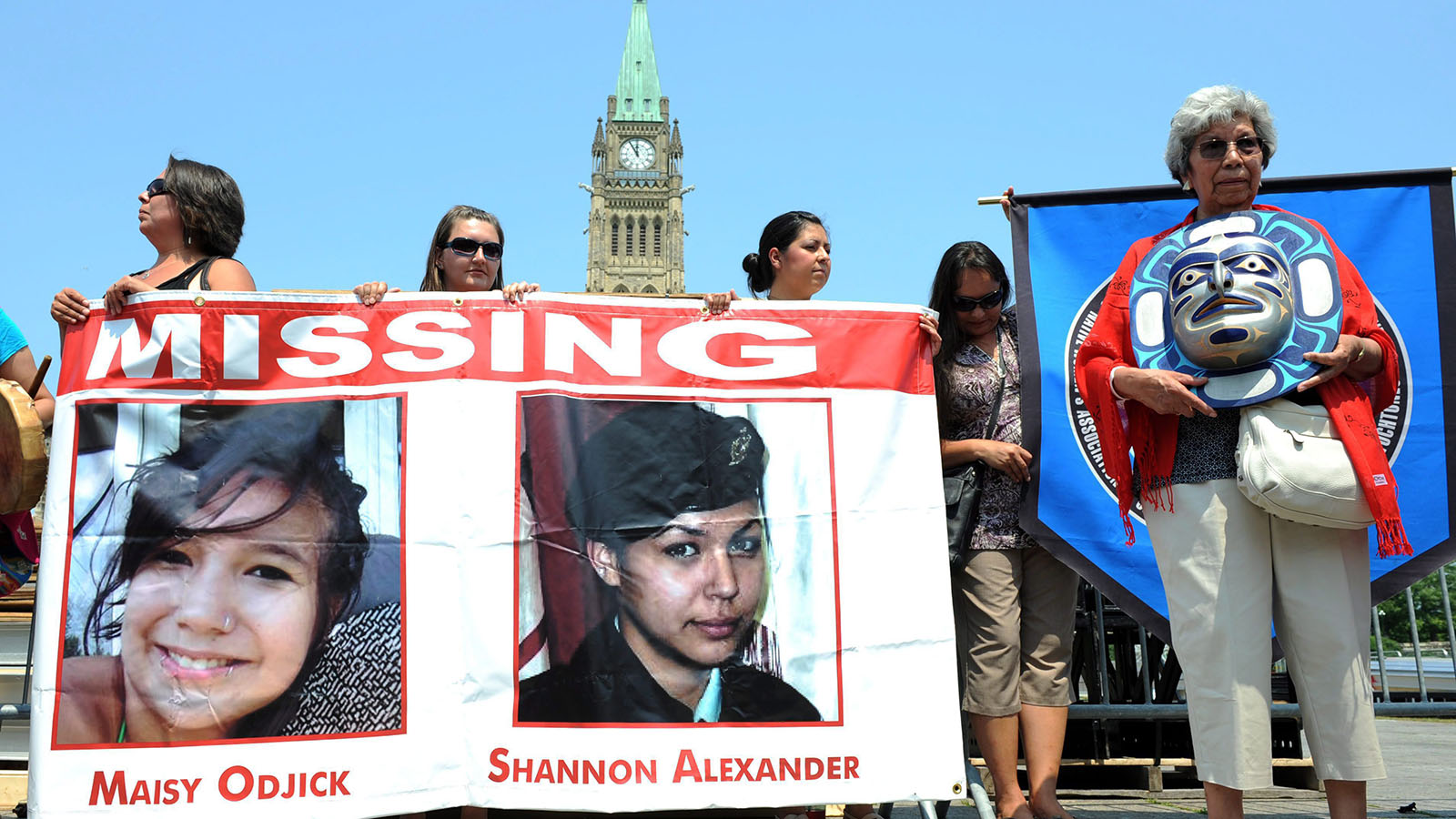 Participants of the Women’s Worlds 2011 congress take part in a rally on Parliament Hill in solidarity with missing and murdered aboriginal women in Ottawa on Tuesday, July 5, 2011. (Sean Kilpatrick/CP)

WINNIPEG – The provinces agreed Friday to co-operate with and support a national inquiry into missing and murdered aboriginal women.

Indigenous and Northern Affairs Minister Carolyn Bennett called the commitment an important step forward, as she emerged from a two-day meeting involving federal and provincial ministers as well as aboriginal leaders and victims’ families.

“This is something that has worried a lot of the indigenous leadership … and all the people who were worried that we could end up with a jurisdictional squabble that meant that really important issues like policing and child welfare would not be able to be properly dealt with.”

The commitment means child welfare, policing, education and other areas that are fully or partly under provincial jurisdiction will be examined when the inquiry starts up.

“The (agreement) is to co-operate on providing access to all of our information, to our organizations, to our institutions,” Manitoba Premier Greg Selinger said.

Related from macleans.ca: How Trudeau’s first national inquiry could become a quagmire

Details of the inquiry such as its scope, cost and who will lead it have yet to be worked out.

The governments also issued a joint four-page document that, in broad terms, commits them to improve the social and economic conditions faced by aboriginals. The agreement contains 20 commitments including:

— supporting the development of anti-racism training programs for civil servants.

— acting on Truth and Reconciliation report recommendations such as giving First Nations more of a say in child welfare.

— creating a common set of performance measurements to track the socio-economic gap between Indigenous persons and non-aboriginals.

“Whether it’s high-school leaving, or whether it’s shelter-occupancy or poverty indicators, there’s many things we know we need to get going on,” Bennett said.

Aboriginals leader said they were pleased with the meeting’s outcome, but were waiting to see concrete results.

“Efforts to prevent and address violence against indigenous women and girls do not start and should not end with a national inquiry,” Shane Gottfriedson, a regional chief with the Assembly of First Nations, said in a written statement.

“Today is an example of political commitment and now we must see that commitment turn into action.”