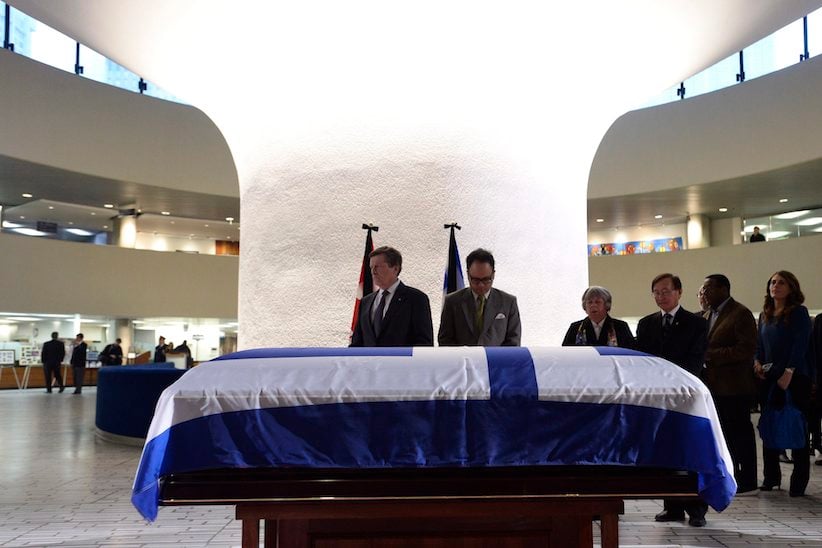 TORONTO — Supporters of Rob Ford will get a chance to pay their final respects as the former Toronto mayor’s body lies in repose for the next two days.

His casket arrived at Toronto city hall Monday morning, accompanied by his brother Doug Ford and other relatives.

Toronto Mayor John Tory has paid his respects. Tory was first to pause briefly at Ford’s casket. The mayor then spoke to the Ford family as they received well-wishers.

Other councillors and dignitaries followed Tory in passing by the casket and greeting family members.

The city says the rare honour has not been granted to a former mayor in decades.

The public will have a chance to pay their respects today and Tuesday.

Funeral services on Wednesday will be proceeded by a public procession that will start at city all and end at the downtown Toronto church where the funeral will be held.

Ford’s family will have a private ceremony afterward.

A spokeswoman for the city said Ford’s family asked that his body be allowed to lie in repose and current Mayor John Tory gave his blessing.

Ford served as mayor from 2010 to 2014, but his health problems prompted him to drop plans to seek re-election. He ran successfully for his old city council seat instead.