Ensaf Haidar discusses her fight to free her blogger husband from a Saudi prison, and his sentence of 1,000 lashings 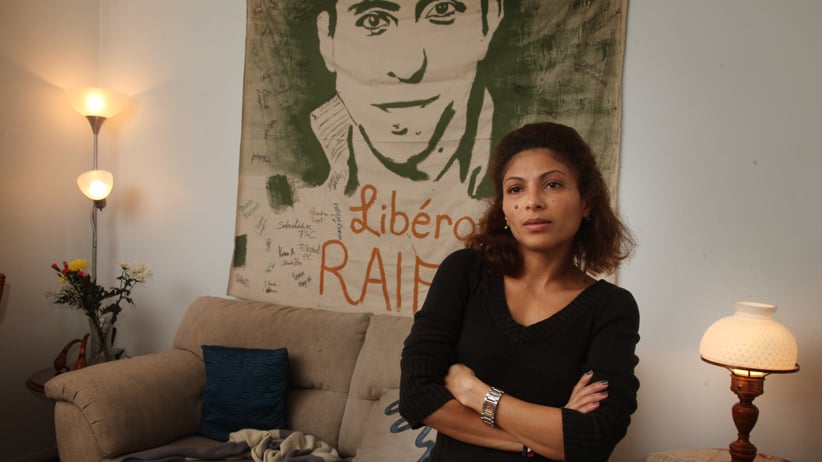 Update (Jun. 16, 2015): A 62-page, French-language book collecting 14 of Raif Badawi’s blog posts published between 2010 and 2012—ones that weren’t destroyed by authorities—was published in Quebec.

From a basement apartment in Sherbrooke, Que., Ensaf Haidar wages a discreet battle against the government of Saudi Arabia, one of the most repressive regimes in the world, for the release of her husband, Raif Badawi. In May 2014, a Saudi court sentenced Badawi to 10 years in jail and 1,000 lashings (he has received 50 so far) for having criticized the Saudi government on his blog. His case has made headlines worldwide, with scores of countries, Canada included, criticizing Saudi Arabia’s decision. Haidar came to Canada with the couple’s three young children last fall; she is certain Badawi will one day join them here.

Q: Your husband faced charges of apostasy, which carries a death sentence. Now he’s facing 10 years in a Saudi prison and 1,000 lashes. Why do you think the Saudi regime was so severe with him?

A: I honestly don’t know. He never thought he was breaking any laws in expressing himself on his blog. He did nothing wrong. He used words, not guns. There are people in Saudi Arabia who blow things up and kill people. All he did was say what he thought.

Q: What was your life like in Saudi Arabia before all this happened?

A: My husband and I had a very normal life with our family. That changed in 2008 when he started blogging. He was almost instantaneously prevented from leaving the country. A prominent Islamist in the country accused him of having changed religions, that he was no longer Muslim because of his writings.

Q: And yet what your husband wrote wasn’t particularly anti-Islamic but critical of the role of religion in government and public life. What pushed him to write what he wrote?

A: His whole goal with the blog was to have conversations with people about Islam. He wanted to talk about human rights. He saw the things the mutaween [religious police] did, like following single women around to ask why they were walking around alone. Women there can’t take taxis alone. When there is some sort of national holiday there, it is strictly forbidden to show outward signs of celebrations. You can’t express your joy. He saw that and thought the police and the government crossed the line, and he thought their power should be limited. It really wasn’t more complicated than that.

Q: What do your children know about their father’s situation?

A: They’ve only known for two months that their father is in prison. As far as the floggings, they’ve known only for a week now. I didn’t want to tell them what happened to him, but the school director and a few of their teachers thought they should know, if only because all their friends knew. My kids ask me questions all day. They are hurt, psychologically and physically. They always seem to hurt somewhere: headaches, stomach aches.

Q: Your family and Raif’s family in Saudi Arabia were forced to disown you both. Have you had any contact with them?

A: We haven’t had any contact with them for two years. My parents wanted me to divorce Raif; they even tried to go to court to force it. Neither my parents nor Raif’s parents want the children to grow up in Canada; they are worried they won’t grow up to be good Muslims. Raif’s father wants them repatriated to Saudi Arabia. It’s like we’re fighting two battles: one against the Saudi regime and one against our own families. Just because our families disowned us doesn’t mean they’re right. Even in hindsight, we would’ve done the same thing.

Q: You two are very liberal, yet you seem to come from very conservative families. How is it the two of you are so different?

A: We were destined for each other, I guess. My husband and I have practically the same character, and we love each other greatly. Even before we were married, and even before Raif got into trouble, we didn’t get along with our families. When we were married, our parents tried to force me to wear the veil. I didn’t accept that and neither did Raif. I told them that it wasn’t their place to tell me what to do. 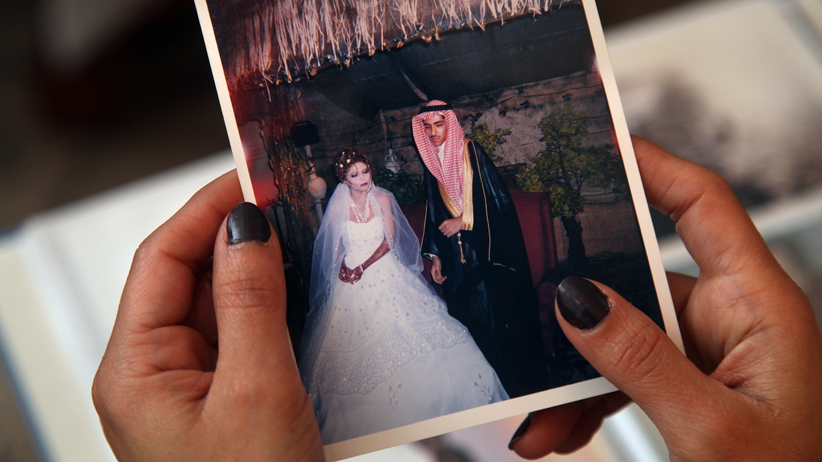 A: I wish I could comment on that, but it would be a risk for me to say anything.

Q: Have you had any contact with Saudi’s foreign ministry?

A: I don’t like speaking about the government there, to be honest. I don’t know if it’s going to change. Most people who speak out are put in prison.

Q: Yet Mohammed Ismail Al-Sheikh, Saudi Arabia’s ambassador to France, marched in the freedom-of-speech demonstrations following the attacks on Charlie Hebdo. What did you make of that?

A: I simply don’t have the words to comment on that. It’s beyond contradictory. I can’t do anything but find it funny.

Q: Here’s another joke: Saudi Arabia is a member of the United Nations Human Rights Council.

A: I think it’s safe to say, based on what I’ve heard, that the country risks that membership if Raif isn’t released and is flogged again.

Q: Why did you choose to seek refuge in Canada?

A: I put an application for asylum with the United Nations and Canada was the first to respond. Germany and Norway were the next two, but I’d already decided to come here.

Q: Canadian Foreign Affairs Minister John Baird was fairly critical toward the Saudi government in your husband’s case. What else do you think the Canadian government could do?

A: First of all, I would like to thank the Canadian government for all it has done. I hope that it will have direct contact with the Saudi government to continue putting pressure on it.

Q: What effects did the Charlie Hebdo attacks have on Raif’s plight?

A: There was a similarity between what happened in France and what happened to my husband. There wasn’t as much bloodshed, but both cases are grave attacks on the freedom of expression. You saw people with “Je suis Raif” signs next to “Je suis Charlie” signs.

Q: And what of the worldwide pressure on Saudi Arabia because of your husband?

A: That all these countries have put pressure on Saudi is important, but it remains that Saudi hasn’t budged despite it. Raif is still in prison, and it feels like the situation has stagnated. They stopped the floggings, yes, but only because he wouldn’t have been able to sustain another round. That wasn’t the Saudis trying to save face. I honestly believe that he wouldn’t have survived another flogging.

Q: You seem remarkably calm and at ease. How do you do it?

A: I have to be like this. Last week, I had a bit of a breakdown, and it affects the children. I haven’t seen my husband in four years, and I’ll just keep going until he is released, inshallah [God willing]. I’m very proud of my husband, and I’m convinced that he’s going to keep writing. He has principles, and he’s going to go until the end. He will not change.