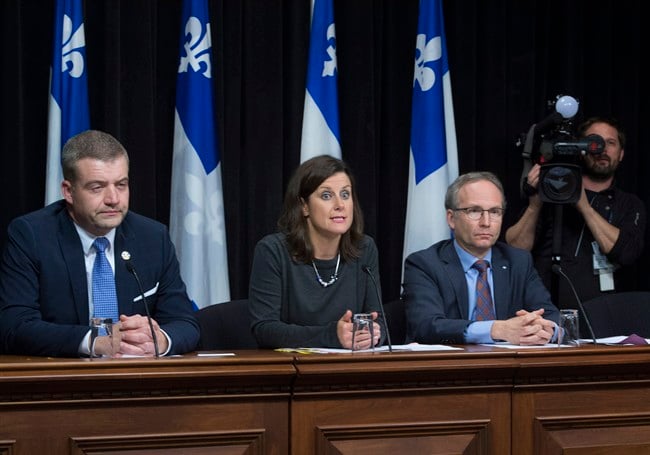 QUEBEC – The Quebec government officially launched a public inquiry on Wednesday into police surveillance of journalists.

Jacques Chamberland, a judge with the province’s court of appeal, will chair the inquiry.

Guylaine Bachand, a lawyer specialized in media law and Alexandre Matte, a former Quebec City police chief, will sit as the other two commissioners.

The inquiry’s mandate will include identifying best practices to protect the confidentiality of journalistic sources.

MORE: In Quebec, the police are political—and that’s a problem

Premier Philippe Couillard had announced an inquiry would be held after Montreal and provincial police admitted they collected data from the cellphones of several journalists in order to uncover their sources.

Justice Minister Stephanie Vallee said the inquiry “will be the same as the Charbonneau Commission,” which was enacted in 2011 to look into corruption in the construction industry and the illegal financing of political parties.

The inquiry is public but commissioners will be able to hear certain witnesses behind closed doors in the event they are linked to ongoing investigations.

Commissioners will hear testimony covering the period between May 2010 until present day.