Roy passed away at L'Enfant-Jesus Hospital in Quebec City, surrounded by friends and family. She was 51. 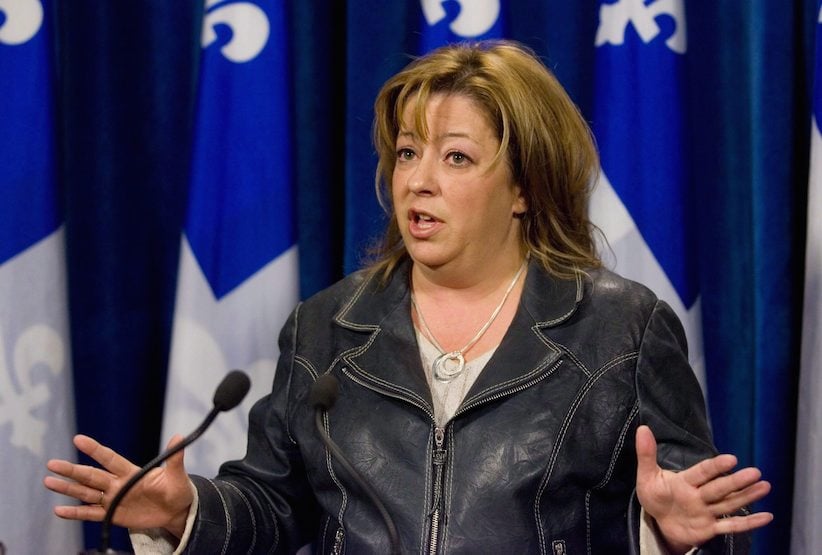 Sylvie Roy, second opposition leader at the legislature, speaks to members of the media before attending question period, at the Quebec legislature in an Oct. 28, 2009, file photo. Roy died Sunday at the age of 51. THE CANADIAN PRESS/Jacques Boissinot

QUEBEC — A Quebec provincial politician who died suddenly Sunday succumbed to an acute hepatitis, one of her political aides said Monday.

The cause of Sylvie Roy’s death was confirmed by Eric Vachon, a close confidant of Roy’s.

Roy, an independent member of the Quebec legislature, passed away at L’Enfant-Jesus Hospital in Quebec City, surrounded by friends and family. She was 51.

Her office said Roy had been hospitalized since late June with “serious discomfort” and her condition deteriorated rapidly.

The exact cause of the illness — which attacks the liver — remains a mystery.

Roy was remembered Monday as one of the first and strongest voices in favour of a public inquiry into corruption in Quebec’s construction industry.

The former lawyer had represented the rural riding of Arthabaska in the national assembly since 2003, first under the Action democratique du Quebec banner and then as a member of the Coalition for Quebec’s Future.

Roy began sitting as an independent in August 2015 after a falling out with Coalition leader Francois Legault.

Her death prompted an outpouring of tributes from shocked politicians, with Legault among the first to pay tribute after her passing was announced.

He described her as a woman who was “passionate, close to the people and not afraid to fight for her ideas.”

The former leader of the now-defunct ADQ, Mario Dumont, said the rural politician felt underestimated and underutilized in electing to sit as an independent last year.

Dumont said that alleged treatment of Roy was a mistake in his mind, calling her the voice of the voiceless.

Interim Parti Quebecois leader Sylvain Gaudreault described Roy as “combative,” and “committed to the people of her riding.”

Roy put “justice and public service at the centre of her priorities,” Gaudreault said.

Her sudden passing leaves three vacancies in the 125-member legislature, with the departures of ex-PQ leader Pierre Karl Peladeau in May and former PQ house leader Bernard Drainville in June.

Roy is survived by her two children Michel and Estelle, her mother, stepfather, sister and ex-husband.

Her office says a funeral will be held next Monday in Trois-Rivieres, Que., about halfway between Montreal and Quebec City.