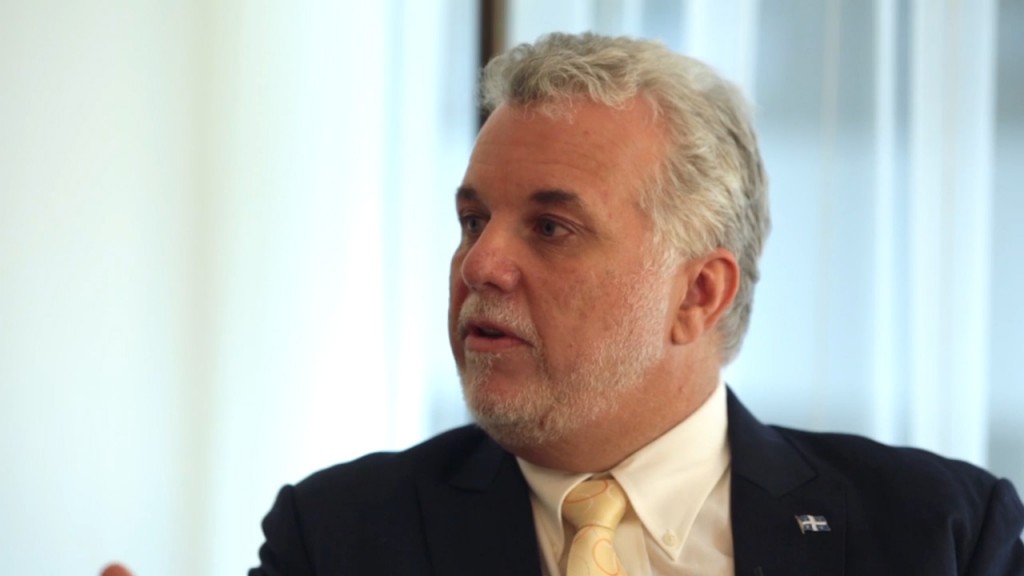 DRUMMONDVILLE, Que. – Quebec Premier Philippe Couillard said Sunday he will launch a project to study the “sharing economy,” while indicating his government won’t relent on its hard-line stance on Uber.

Divisions have emerged within the Quebec Liberal party in the days since the province’s transport minister tabled legislation that would require drivers for the ride-hailing company to abide by the same rules as taxis, including buying or renting taxi permits.

Party members passed a resolution on Saturday during a meeting calling on the government to work with those involved in the sharing economy, where owners rent something out they’re not using, to find legislative solutions aimed at regulating and allowing these new practices.

Couillard granted their request while making it clear he would not back down on the legislation tabled last week.

“Bill 100 will follow its course,” Couillard said outside the council meeting in Drummondville, Quebec. “There will not be substantial modifications to its heart.”

Quebec’s transport minister tabled the bill on Thursday, later stating that the popular ride-hailing company would have to conform to Quebec law and pay taxes like anyone else.

The bill provoked strong reactions at the weekend council meeting, with some party members claiming it would shut down competition and send the message that the province is closed to technological innovation.

The proposed legislation would require anyone offering paid passenger transportation to have a taxi drivers’ licence, which requires a background check and mandatory training on customer service.

It would also allow the government to determine how many taxi permits are issued in each region.

The price of a trip could vary depending on a number of factors including the day, time, category of transport or the technology used to order the ride.

A spokesman for one of the province’s taxi drivers’ unions said on Sunday that overall, members are happy with the bill.

“We are asking the government to adopt this law quickly,” Benoit Jugand said at a news conference, while adding that the union is opposed to the section of the bill that would allow variable pricing.

He said the government’s project to study the sharing economy should not have any impact on the legislation.

“Uber is pure capitalism,” he said. “We want to remind the government that, for us, Uber will never be accepted as sharing economy, urban carpooling — any of the terms they use, it doesn’t pass. Uber is taxi.”

Uber has said it will study the proposed legislation before commenting.