Rachel Notley says most Albertans are above golf course target

The premier and many of her female colleagues have been targets of hate and threats online since taking power in May 2015. 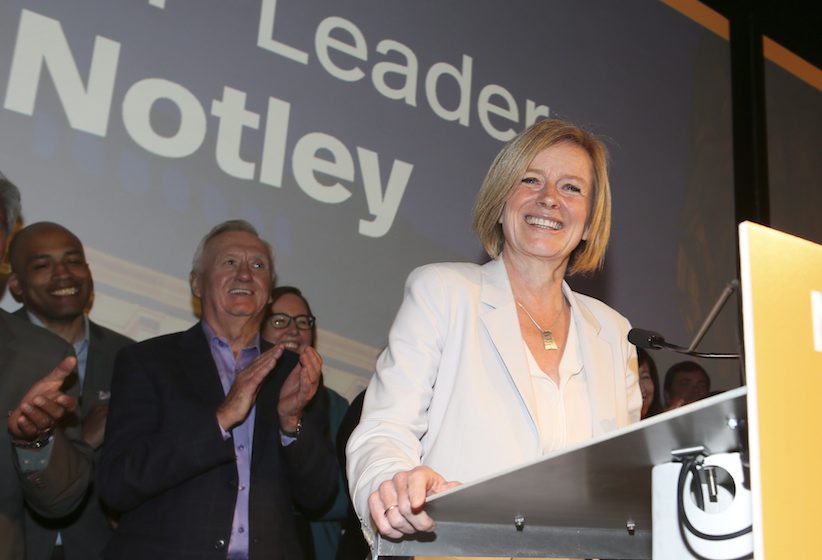 EDMONTON — Premier Rachel Notley says having an oversized picture of her face tacked onto a cardboard target for golf balls is not the Alberta that she knows.

“This kind of thing does not reflect the vast majority of Albertans, I know that,” Notley told reporters at the legislature Thursday.

“I think political debate is great. I think (having) political differences is great … but I think that the best way to deal with that is through intelligent, thoughtful, respectful dialogue and debate.

“It’s more important to put the facts in front of the anger.”

Notley was responding to the picture propped up on the Brooks golf course last Friday for an oilmen’s golf tournament.

It was meant to be a target for golfers. A video later posted online depicted a dash-cam-style shot of laughing golfers running it over.

A picture of the target posted on social media last Saturday prompted angry denunciations from some members of Notley’s government and reignited the larger discussion of threats against female politicians.

Ernest Bothi, creator of the sign and the organizer of the Big Country Oilmen’s Association golf tournament, initially told reporters he had nothing to be sorry about. But, as the outrage grew, he apologized for offending anyone.

He said the sign was meant as lighthearted fun. He said people he knows are upset with job losses due to low oil prices and feel Notley’s government has failed to address those issues.

Stephanie McLean, Alberta’s minister for the status of women, condemned the sign as did Wildrose member Derek Fildebrandt.

Fildebrandt said such action “feeds a growing culture of disrespect of people who chose to dedicate their lives to public service.”

Notley and many of her female colleagues have been targets of hate and threats online since taking power in May 2015.