A look back at Jian Ghomeshi's career as his lawyers formally file a lawsuit against his former employer, the CBC 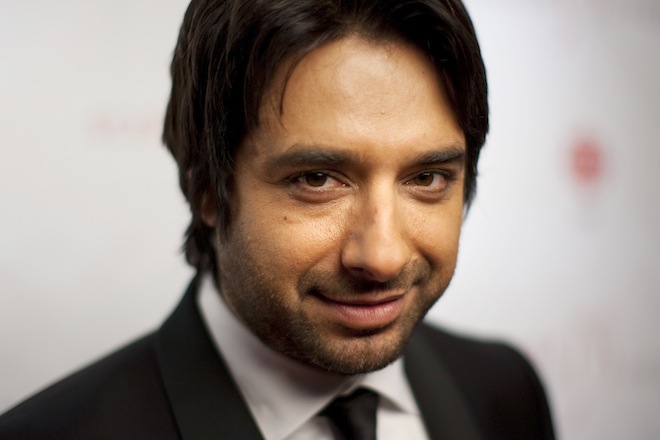 TORONTO – The Canada-wide response to the weekend saga between CBC and Jian Ghomeshi was so thunderous, our neighbours to the south felt the reverberations.

With his soothing tone and gently insistent interview style, Ghomeshi won a devoted national following and a fledgling international audience with his insightful CBC-Radio chat show “Q.” Sunday’s news that the CBC had cut ties with Ghomeshi — over his “sexual behaviour,” he alleges — and that a hefty lawsuit would follow thus made news beyond Canada’s borders.

The Sydney Morning Herald, Hollywood Reporter and Billboard were among the outlets to quickly provide coverage of the developing story. Other organizations took an educational approach: Gawker ran an article headlined “Jian Ghomeshi: A Guide For Puzzled Americans,” while the top story on the New York Magazine site was titled “Why Canadians Are So Upset Over the CBC Sex Scandal.”

If nothing else, the earth-shaking nature of the news in Canada laid bare that Ghomeshi had become one of the most prominent personalities on the CBC.

Related: Jian Ghomeshi speaks out about his dismissal from CBC

Born in England to Iranian parents, Ghomeshi moved to the Toronto suburb of Thornhill at nine years old. He attended York University before first finding public attention with the founding of the satirical folk-pop outfit Moxy Fruvous in the late ’80s.

Ghomeshi (then sometimes credited as “Jean”) played drums and sang, and over the ’90s the band found modest success in Canada by mixing cheeky social commentary and winsome-if-slight pop songwriting redolent of They Might Be Giants. They were nominated for group of the year at the 1994 Juno Awards alongside Rush and Blue Rodeo (the Rankin Family won).

The band was winding down as the millennium turned and in 2002 Ghomeshi shifted into broadcasting, becoming host of an arts-oriented CBC Newsworld program called “>play.” His ascension at the public broadcaster was swift: he hosted several more music-related CBC shows including “50 Tracks” and “The National Playlist” before landing a temporary gig filling in for “Sounds Like Canada” host Shelagh Rogers.

As the Globe and Mail reported in 2012, Ghomeshi “ruffled feathers” during his 11-week stint as host by making changes intended to draw in a younger audience. Nevertheless, Ghomeshi also struck a chord, and accumulated the currency to launch a show of his own in April 2007: “Q.”

The live, usually 90-minute cultural chat program soon became a centrepiece of CBC-Radio’s lineup, a showcase for A-list guests and catnip for a younger generation that otherwise proved elusive for CBC.

Beyond possessing a dulcet voice, Ghomeshi was a sophisticated and decidedly hip presence on CBC’s airwaves. He possessed a cultural facility aided by a long career in music and a finger-on-the-pulse knack to spin opening “essays” with much viral value. His Twitter account had roughly 284,000 followers as of Monday afternoon — CBC’s own had only 103,000.

Notably, Ghomeshi also had a knack for making celebrity guests feel comfortably swaddled in admiration while nudging them toward acknowledgements of criticism or personal revelations they might have been disinclined to share in other interviews.

An award-winning interview with Leonard Cohen probed mortality, love and sex, with Cohen answering an intensely personal question about whether he regretted not committing to a lifelong partner by singing: “Non, je ne regrette rien.”

With Ghomeshi, Beach Boys legend Brian Wilson once reflected on his troubled life and a father who was “nothing but mean,” Joni Mitchell discussed giving up a child and suffering from “disease after disease,” while Neil Young, in the midst of personal turbulence, stopped by recently to discuss a lifetime of “quick decisions.” Other rare guests to visit the “Q” studios included Jay Z, Paul McCartney and, recently, Barbra Streisand.

Most infamous, of course, was Ghomeshi’s 2009 interview with Oscar-winning actor-turned-musician Billy Bob Thornton. The Arkansas native didn’t like that Ghomeshi referenced his film career and as a result petulantly murmured his way through the rest of the interview, barely answering any questions except to most notably complain about Canadian audiences.

Here, the awkward interview only seemed to intensify the public’s admiration for Ghomeshi. And as other CBC personalities migrated for richer, private pastures, Ghomeshi became increasingly integral to the public broadcaster, a cross-platform star (“Q” also airs on CBC-TV) who supplied the face and voice of the Canada Reads literacy campaign and also steered the annual Scotiabank Giller Prize gala. (Organizers have announced they will turn to someone else this year). He authored a book of his own as well, the non-fiction tome “1982.”

The Thornton incident also earned much international attention — to this day, it constitutes a section of Thornton’s Wikipedia entry — and Ghomeshi’s profile has grown steadily outside of Canada.

The U.S. press took notice. A 2012 New York Times feature detailed Ghomeshi’s rise with the headline “A Wild Mix of Culture By Way of Canada,” while the Washington Post ran a thorough profile last year that touted Ghomeshi’s “magnetism.”

The Washington Post ran another story on Ghomeshi on Monday, of a much different nature of course.

Its website also featured Ghomeshi’s name in a banner of the five marquee topics currently of urgent interest to Post readers. “Jian Ghomeshi” was sandwiched between “Ebola quarantines” and “World Series.”