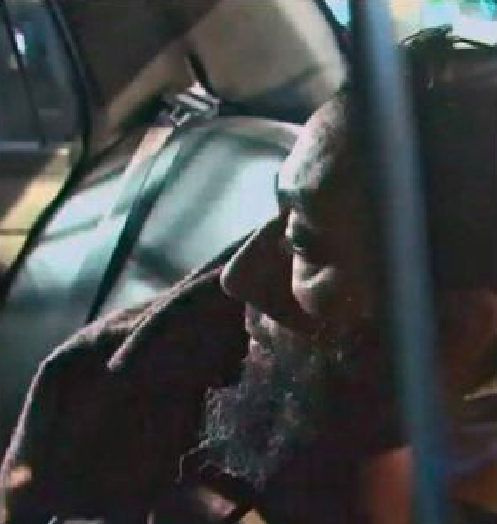 TORONTO — A man accused of plotting to derail a passenger train between Canada and the U.S. intends to appeal his conviction on terrorism charges at Ontario’s highest court.

Raed Jaser has filed a notice of appeal with the Ontario Court of Appeal in which he indicates he will be asking for a new trial.

In the document, which is an initial step in the appeals process, Jaser argues that the judge who presided over his eight-week jury trial made several errors.

Jaser and his co-accused, Chiheb Esseghaier, were found guilty in March on a total of eight terror-related charges between them. They were sentenced to life in prison in late September, with no chance of parole until 2023.

When handing down their sentence, Toronto Justice Michael Code found that both men had not renounced their extremist beliefs, had not accepted responsibility for their offences and presented questionable prospects for rehabilitation.

Jaser argued in his notice of appeal that Code made multiple errors, including not granting Jaser’s application to be tried separately from Esseghaier.

Code also erred in refusing to order that Esseghaier be hospitalized under the Mental Health Act, the document argued, and his refusal to inquire into Esseghaier’s fitness to stand trial “occasioned a miscarriage of justice.”

Esseghaier, a devoutly religious Muslim, asked to be judged under the Qur’an. He represented himself, often went on rambling rants in the courtroom and even prayed in the prisoner’s dock.

His mental state became an issue during the sentencing phase after two psychiatric assessments found he was likely schizophrenic _ findings he vehemently disagreed with _ although one of the psychiatrists who assessed him found he was still fit to be sentenced.

A court-appointed lawyer ordered to assist Esseghaier asked Code to postpone sentencing until it could be determined if Esseghaier could be hospitalized and treated, but Code refused, saying there was “no causal link” between Esseghaier’s mental state during sentencing and his behaviour at the time of the offences.

In addition to his arguments related to Esseghaier, Jaser also suggested in his notice of appeal that Code was wrong to dismiss his application to exclude intercepted communications brought into evidence at the trial.

During the trial, court heard that an undercover FBI agent gained Jaser and Esseghaier’s trust and surreptitiously recorded their conversations, which made up the bulk of the evidence in the case.

The two were recorded speaking about terror plots they would conduct in retaliation for Canada’s military actions in Muslim countries, including the derailment of a Via Rail train travelling between New York and Toronto.

Jaser’s notice of appeal also argued his life sentence was “excessive, harsh and unfit in all the circumstances.”

He also argued that Code erred in finding that entrapment cannot be considered in mitigation of sentence.

During his trial, Jaser’s lawyer had asked for a sentence of five and a half years.

FILED UNDER: Via rail terror plot