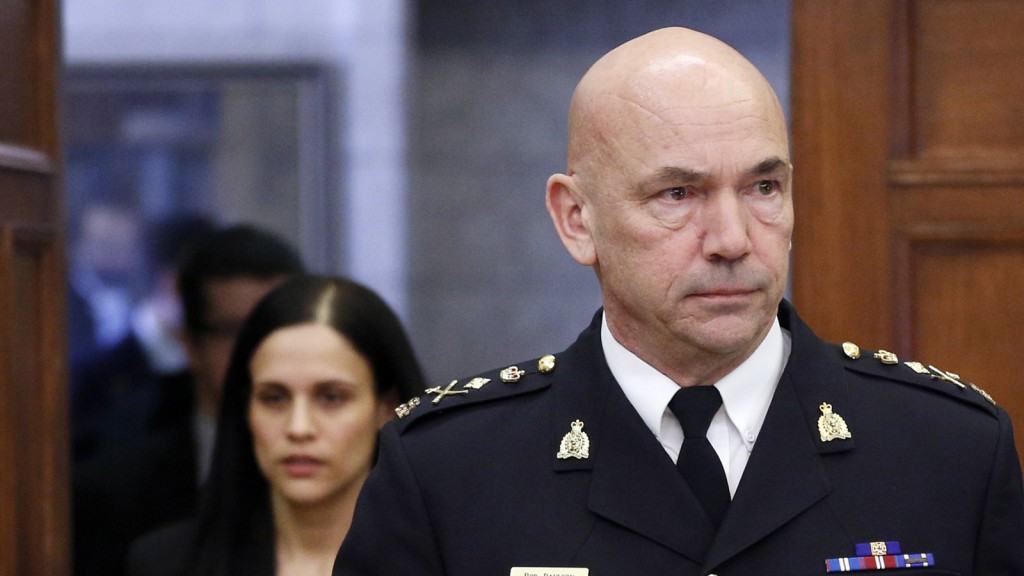 OTTAWA – The RCMP needs to work in partnership with Canada’s Aboriginal Peoples in order to improve relations between the force and the country’s indigenous communities, commissioner Bob Paulson says.

Paulson, whose organization has long been the object of scorn from aboriginal Canadians who feel unfairly treated, delivered that message directly to the Assembly of First Nations annual meeting Tuesday in Niagara Falls, Ont.

The two sides have developed a joint protocol that spells out the force’s goals of working to ensure indigenous people in Canada are safe, to address diverse needs of communities and to strengthen mutual respect, Paulson said.

“I’m aware this protocol is simply words on paper, and words alone will not improve things,” he said.

“I’m here today to pledge we will put actions to these words so we can continue the healing, continue the building and improve these vital relationships in every way possible.”

Last December, Paulson raised eyebrows when British Columbia Grand Chief Doug Kelly asked him a pointed question about racism within the RCMP during an AFN session in Gatineau, Que.

It was important to invite the commissioner back to the July AFN meeting to discuss how to tackle officer misconceptions, Assembly of First Nations National Chief Perry Bellegarde told the gathering.

“How can we work together to make sure that air is clear, that cloud is gone?” said Bellegarde. First Nations leaders are aware there are “always going to be issues” that play out with police locally, regionally and nationally, he added.

The question of racism and bias within law enforcement is sure to be a central theme during a forthcoming and long-awaited inquiry into the phenomenon of missing and murdered indigenous women.

The government is expected to announce the mandate of the inquiry sometime this summer; a specific date has not been released.

“It is all about building relationships in a respectful way and communicating and working together to bring about change, internally and externally in a way that our people are policed,” Bellegarde said.

The Indigenous Affairs Department and the AFN also released a memorandum of understanding on Tuesday spelling out the federal government’s new fiscal relationship with First Nations communities.

One of the document’s main themes is lifting a long-standing two per cent cap on federal funding, even though Indigenous Affairs Minister Carolyn Bennett insisted last month at a Commons committee that the restriction has already been lifted.

Bennett doubled down on that commitment Tuesday — “we have lifted the two per cent cap on funding with our historic commitment of $8.4 billion,” she said — but did not mention that many government investments are targeted and time-limited, with about $801 million scheduled to flow after the next federal election.

In an interview Tuesday, NDP indigenous affairs critic Charlie Angus said he is concerned the minister and the government are misrepresenting the facts.

“If the two per cent cap is in place, just admit it,” he said.

Prime Minister Justin Trudeau himself made a major commitment out of lifting the two per cent cap, which has crippled First Nation program funding for the past two decades, Angus said.

The MOU was signed by Bellegarde and Bennett on Tuesday, although an AFN spokesperson said it received a final review by the organization’s executive on Monday night.

The government’s annual cap on funding increases, which the department refers to as an escalator, was brought in under former Liberal prime minister Jean Chretien in 1995.

It increased by slightly larger amounts the first two years before the two per cent cap came into effect in fiscal 1997-98.

First Nations leaders have long argued it has not kept pace with population growth.