Statement disputes mother's claim that her son acted in despair 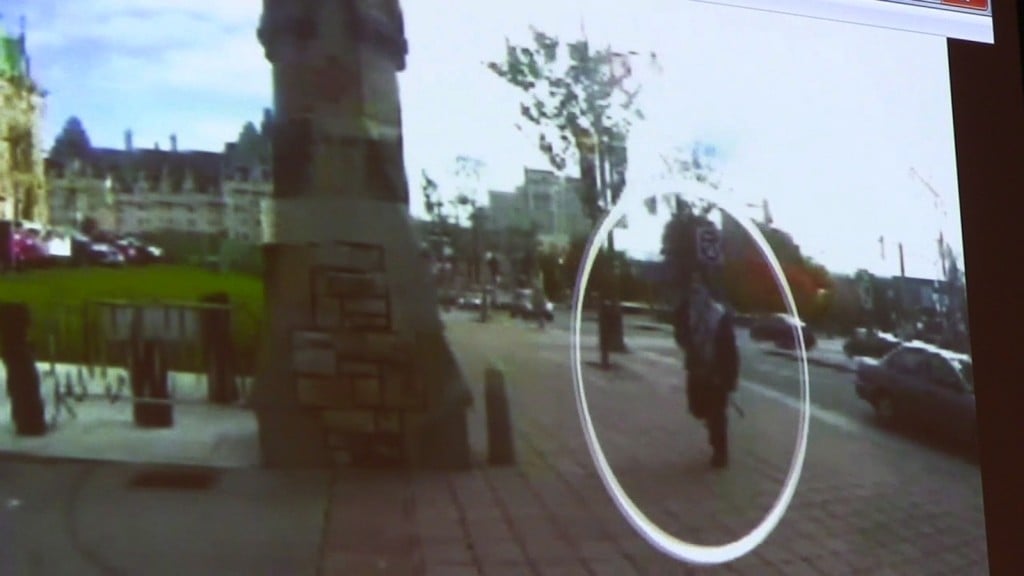 OTTAWA — The killing of a Canadian soldier in Ottawa and subsequent gunfight on Parliament Hill was driven by “ideological and political motives,” RCMP Commissioner Bob Paulson said Sunday.

A statement from Paulson said the man responsible — Michael Zehaf Bibeau — made a video recording of himself just prior to last Wednesday’s attack.

“The RCMP has identified persuasive evidence that Michael Zehaf Bibeau’s attack was driven by ideological and political motives,” Paulson’s statement said. “The RCMP is conducting a detailed analysis of the video for evidence and intelligence.”

The statement, released during the Sunday dinner hour, said the video could not be immediately made public.

In their statement, the RCMP said they are still looking into the origins of the “old and uncommon” gun Zehaf Bibeau used, but believe he obtained a knife from his aunt’s property near Mont-Tremblant, Que., where he had buried it previously.

The RCMP say they have traced Zehaf Bibeau’s savings to money he had earned while working in Alberta’s oil patch.

And they say they are still investigating contact Zehaf Bibeau had with other individuals in the days before the attack, to determine whether he had any help.

Zehaf Bibeau gunned down Cpl. Nathan Cirillo as he stood guard at the National War Memorial.

He then went to the Parliament Buildings where he died in a hail of bullets after a gunfight with RCMP and House of Commons security.

Paulson’s statement was issued hours after a published report in which Zehaf Bibeau’s mother said her son acted in despair and expressed doubt he was radicalized.

In a letter published by Postmedia News, Susan Bibeau painted a picture of her son as an “unhappy person at odds with the world” and mentally unbalanced in his final days.

Bibeau writes Michael told her he wanted to go to Saudi Arabia where he could study the Qu’ran and thought he would be happier in an Islamic country.

Bibeau says Michael was angered that federal officials had not granted him a passport and felt trapped.

“He felt cornered, unable to stay in the life he was in, unable to move on to the next one he wanted to go to,” writes Bibeau in the letter to Postmedia, adding she may never understand what drove her son to commit such acts.

She also disputes a suggestion from the RCMP last week that Zehaf Bibeau wanted a passport so he could go fight in Syria’s civil war.

Bibeau writes she doesn’t believe Michael was part of an organization or acted “on behalf of some grand ideology or for a political motive.”

She said she believes “he acted in despair.”

“This was a terrorist attack. He attacked two Canadian institutions — the soldiers standing guard at the War Memorial, and Parliament — had espoused extremist ideology, was, as the police have indicated, radicalized,” said Jason MacDonald, a spokesman for Harper told The Canadian Press in an email.

Paulson says the RCMP have also asked an outside police force to review the Mounties’ handling of the gunfight in the halls of Parliament.

“Consistent with the principles of independent investigation where police shootings or use of force result in serious injury or death, the RCMP has asked the Ontario Provincial Police to take complete conduct of the investigation of the shooting of Zehaf Bibeau inside Parliament.”