Re-entry day, June 1: What Fort McMurray will look like

From the haze and smoke to toxic fridges and lack of drinking water, it will not just be emotion and relief that overwhelm returning residents 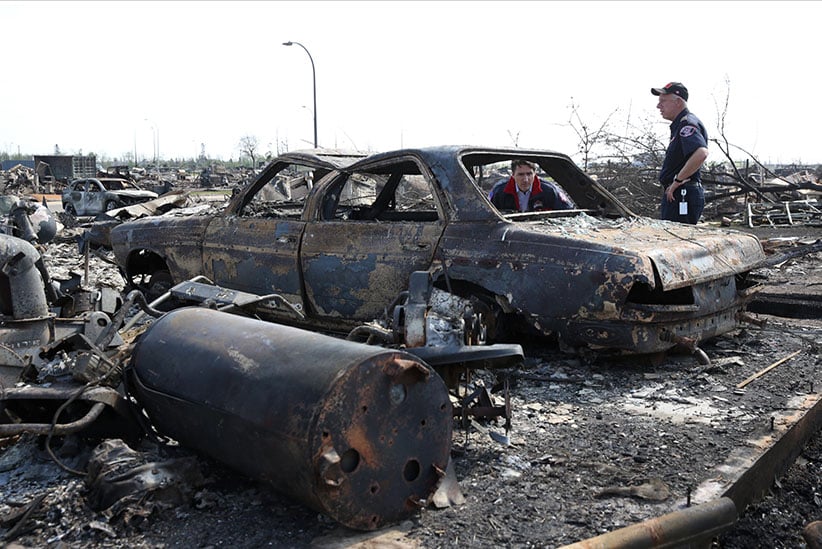 Unless fire hazards or other logistical setbacks intervene, Fort McMurray will be repopulated starting June 1, Premier Rachel Notley announced on May 18. That’s 29 days after the full city was under mandatory evacuation, and nearly 90,000 residents escaped through smoke and flying embers to safety away from the wildfire’s reaches.

But it will not look like the city they fled on May 3, with many key services still unavailable, and many of McMurrayites’ homes in ruin—and nobody’s home or neighbourhood quite the way they left it.

“If you go early, you’re going to have a very different community you had than when you left it,” Mayor Melissa Blake told reporters Wednesday. Here’s a description of what life will be like in those first days.

There will be a light haze and perhaps a mildly toxic odour throughout Fort McMurray. The last time many homeowners saw their city, it was through a curtain of flame and ember along Highway 63 heading south. On re-entry day, the drive north into Fort Mac will begin with charred stands of trees, the remains of the Super 8 motel and Flying J gas station, but also some familiar sights still intact: the city’s welcome sign, the Oil Sands Discovery Centre for tourists and school trips.

Motorists’ trunks will be full of the clothes they escaped with and have acquired since, through insurance purchase or from donation tables. They’ll also have coolers full of food for the first few days, and large jugs of drinking water—because while the water treatment plant was saved from the flames, a boil-water advisory will remain in effect for a while. Those who follow all the provincial government’s recommendations will bring rubber boots, long-sleeve shirts and pants, as well as flashlights and batteries. 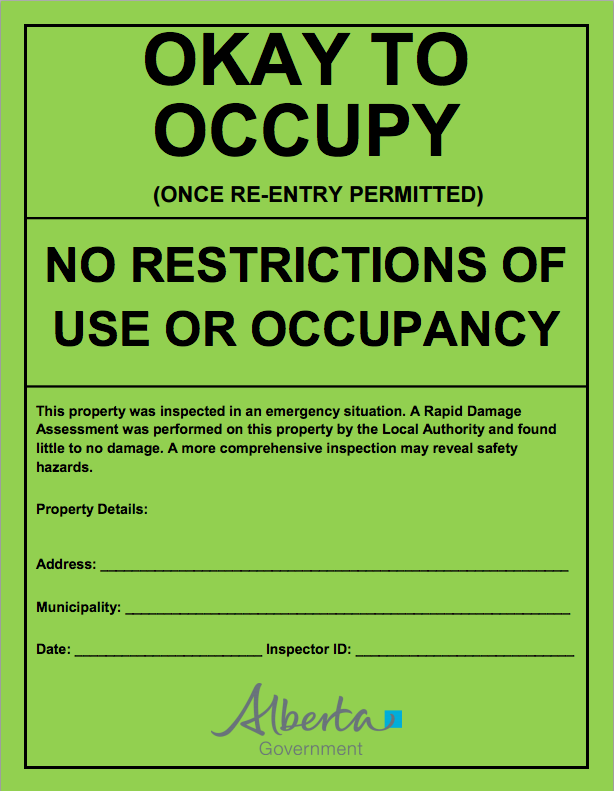 One’s beloved home may look pristine, its yard untrammelled, its siding unmelted, but many homes will be marked by a colour-coded Government of Alberta sign affixed to the property. Lucky homeowners will have green signs, which means an inspector’s rapid damage assessment cleared the home for occupancy. Others will have yellow placards (restricted use; precaution necessary), red cards (unsafe — do not enter) and those with destroyed homes will have the obvious relayed to them with blue placards and the message TOTAL LOSS.

When people open their house or apartment doors for the first time in nearly a month, it’s not just emotion and relief that will overwhelm them. Every soft surface in their homes have spent 29 days absorbing the smoke that’s wafted in, over and through city. Drapes will need to be replaced or washed, walls scrubbed down, sofas steam-cleaned. (It was 30 degrees the day fire breached Fort Mac, so many residents likely fled with their windows open.) There will be a stench from their kitchens, where the contents of fridges, freezers and fruit bowls have been slowly rotting for weeks. The power wasn’t off in some areas for too long so many applianes and still running, but residents have detailed instructions to remove all food inside, and disinfect the insides. Many insurance policy holders will sealing and dispose of the boxes Premier Rachel Notley called “white waste,” and CN Rail had been in talks of assisting with the transportation of thousands of these foul-smelling appliances. Expect a major run on ice at supermarkets for residents’ coolers, while they await new fridges.

Residents will place orange placards in their windows to wait for the local utility to restore natural gas to each home individually, rather than risk the sort of explosion that devoured one Fort McMurray house the fire had spared two weeks earlier.‎ It could take hours or days for Atco Gas technicians to arrive, and you can’t have a warm shower or boil water under a boil-water advisory without their work. 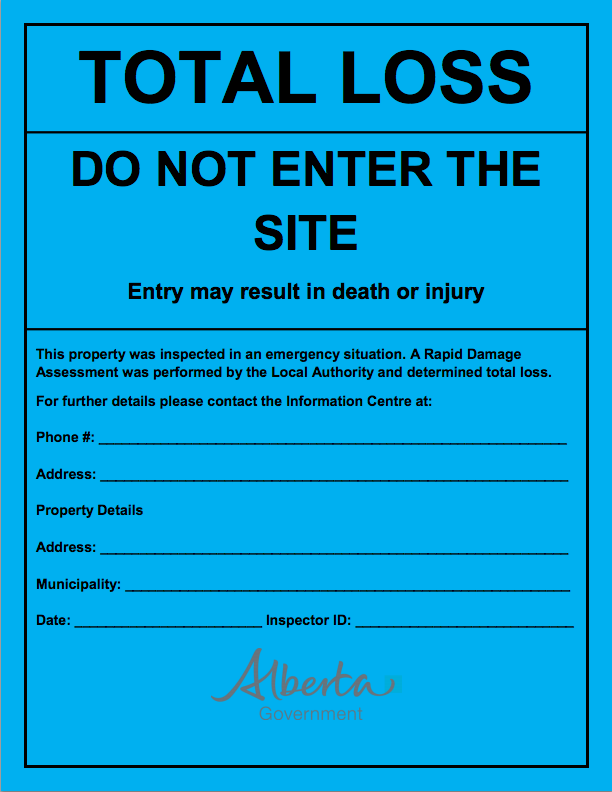 Safety fencing will be everywhere, kilometres of it snaking all over Fort McMurray. It will cover off the rows and rows of homes that were destroyed. Residents will be able to clutch the security fence and gaze at the remnants of their dwellings, and later with authorized escorts will get behind those fences to retrieve any keepsakes that survived the inferno. Residents of neighbourhoods like Abasand and Beacon Hill won’t be let in until the fourth day of re-entry, but even those who get earlier access—to downtown, to neighbourhoods like Timberlea—will have fencing in their midst, encircling residential ruins.

Residents will pass by schools where students should be, in a normal June, finishing up final projects and signing yearbooks and preparing for graduation. Schools in Fort McMurray, though they’re all still standing, won’t resume classes until September, though all students will be advanced to the next grade.

Key stores will be open, like supermarkets. Many businesses will remain closed. As Notley had warned, Fort McMurray is, in the early days, a city of basic services. Residents should even arrive with their normal prescriptions filled, in Edmonton, Calgary or wherever they’ve spent their displaced May.

Another welcome landmark on the drive in will be Northern Lights hospital: normal from the outside, but only partially open. Acute care services, dialysis, long-term care beds, psychiatrics and the obstetrics department won’t be ready until mid-June. That’s why Notley advised McMurray remain a no-go zone for cancer or dialysis patients, pregnant women close to their due date, people who need home care and anybody who requires ongoing counselling or mental health services. The same advisory will keep many people with respiratory problems away from home, as the air quality won’t be great and wildfires are still prone to make smoke city-bound. People wearing hospital masks in parking lots and sidewalks may become a common sight, at the outset.

There will be neighbours who have stayed south, or back east in Nova Scotia or Newfoundland.

There will be tears. And gasps. And hugs.