The long road from Syria to Peterborough 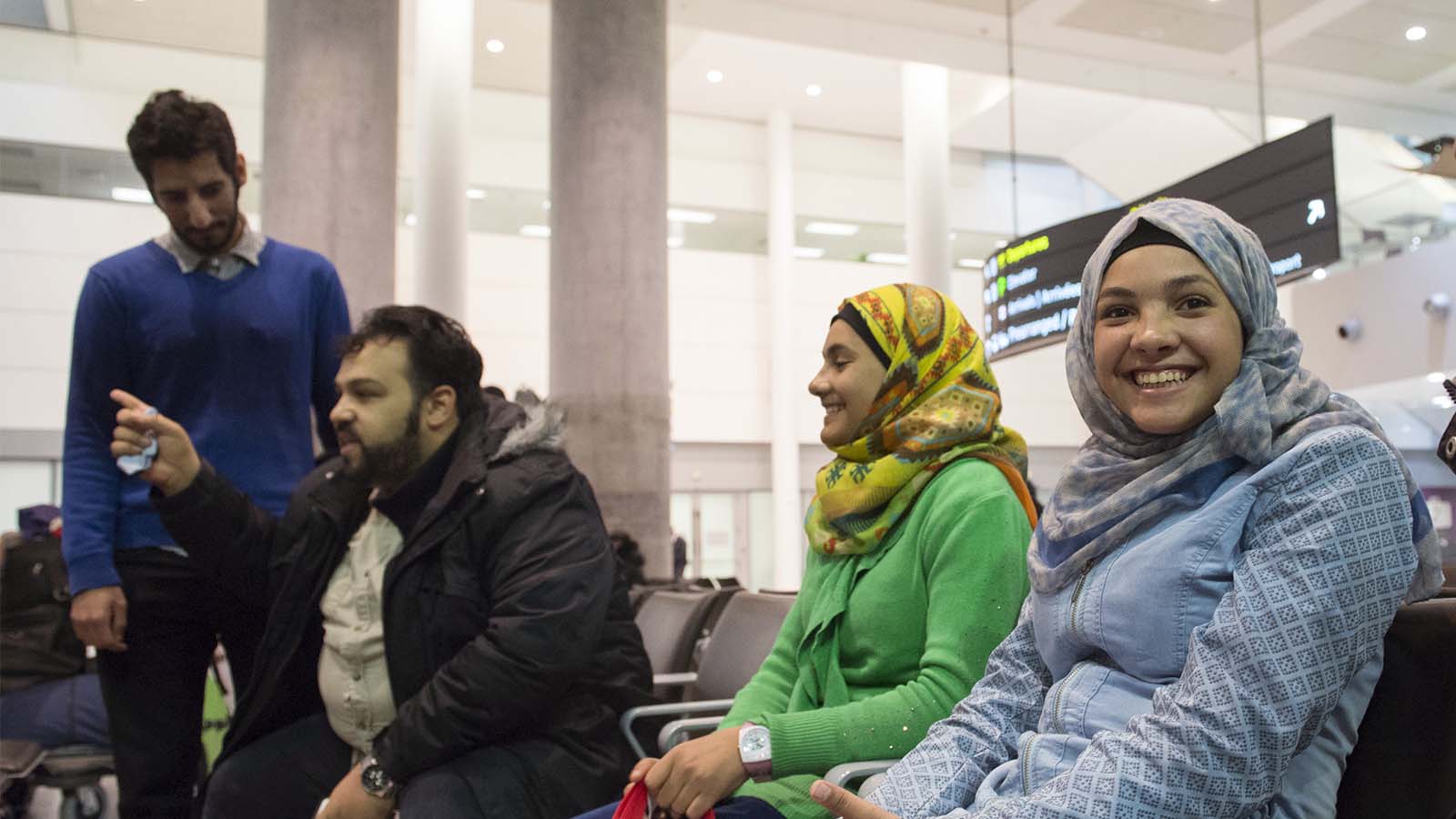 The last leg of the long road from Syria to Peterborough, Ont., will be travelled in the back of a family van. At 8:30 p.m. on a Thursday night, Abeer Falah and her six children are walking through the parking lot at Toronto’s Pearson airport with a group of five strangers. She gets her three youngest, two girls and one boy, into a Toyota Highlander, with whom she’ll ride. Her three eldest daughters will travel separately, and they quickly climb into a gold Honda Odyssey van.

The trio of girls finds their seats in the back, where winter coats are wedged between the seats. What did they know about Canada before? Nothing. Ask them what they want to know—and they smile. When the 12-year-old Raniem struggles to put on her seat belt, she looks at her two older sisters. They’ve travelled this far; only 150 km to go.

In early 2011, Falah was living in Daraa, Syria, with her children when the government launched a siege on its own people in response to growing protests. The army came in with tanks and snipers. Soldiers and civilians were killed. Homes were destroyed. The city was reduced to rubble. Falah’s family, meanwhile, escaped and found shelter at a refugee camp in Amman, Jordan. It was a temporary dwelling for nearly five years—until today.

Riem, the eldest at 16, is confident enough to practise her English—a bit of writing, a little speaking—but she has a long way to go before she can hold a conversation. And yet, the three girls are astute in picking up that after hearing “thank you,” they are supposed to reply, “you’re welcome.”

As everyone in the van waits for the other vehicle to find its ticket to exit the parking lot, all three—Riem, Rama and Raneim—listen attentively about school, which they will start next week. The two eldest will be in high school. The younger siblings will be at a nearby elementary school.

Mohammad Samkari, originally from Saudi Arabia, but who now calls Peterborough home, happily acts as both chauffeur and translator. In the passenger seat is Jill Emery, a bright-eyed woman in her early 40s who has spent countless hours helping to launch the sponsorship group Hope for Homes Peterborough, in order to make this day happen.

Emery calls her family to tell them about the arrival: the smiles, the tears, the media. “We were just bombarded with cameras,” she says.

Within seconds of emerging from the customs hall and walking through the doors of the Terminal 1 arrivals, national news outlets had crowded around the family. Three women, their sponsors, hurried over to greet them.  They kissed on both cheeks, and gave six-year-old Mohammed a balloon that said, “Welcome home.” The Syrians greeted everyone with bright smiles—and a sense of disbelief. Only hours ago, they had spent an eight-hour layover in the Frankfurt airport without a single euro to spend, and then boarded a Lufthansa flight to Toronto.

After a handful of interviews, everyone regrouped for a proper introduction away from the cameras. Then they stood by the arrivals door. Falah’s sister—and her three kids—were going through customs. They too were heading to Peterborough, thanks to another sponsor group.

After a short wait in the van, Samkari finally hits the gas and enters the 401 Expressway heading east when the girls suddenly go quiet. They stare outside the windows at condos, 18-wheelers and mega-stores like Wal-Mart and the Brick. The family won’t need any furniture when they arrive in Peterborough. The three-bedroom townhouse arranged by their sponsors is already fully furnished, including a queen-size bed and several bunkbeds. Each room has clothes, too, though whether they’ll fit remains to be seen.

For the moment, however, the girls’ full attention is dedicated to the Toronto skyline. “It’s pretty,” Raniem says in Arabic. As the bright lights of Toronto begin to fade behind them, Riem nods off and starts snoring quietly, firmly grasping her smartphone in her left hand, while her right hand never lets go of a gift: the Canadian flag.

Related: Syrian refugees, by the numbers—or in this case, human lives

Rama is next to fall asleep, while Raniem remains as wide-eyed as ever staring out the window. But when Samkari heads up Highway 115 toward Peterborough, Raniem finally relents and closes her eyes.

In the front of the van, Samkari and Emery’s chat shifts seamlessly from his time growing up in Saudi Arabia to cross-country skiing together this winter. Emery met him through a friend who teaches ESL at Trent University. Samkari jumped at the opportunity to help, and enlisted a friend to translate for the rest of the family in the other vehicle. It’s only the third time they’ve met and yet the two go back-and-forth like old friends.

Emery has worked tirelessly since September. She’s thought about helping refugees for years, but kicked it into gear when she saw a picture in the newspaper of a Syrian woman on a train, rain streaming down the window as she looked out. “A train to nowhere,” as Emery put it. She called her friend Sally Harvie, who immediately said yes, and they started to call more friends, including Selda Panchishin, whose work experience as a bookkeeper could help track the financials. A week later, they got 15 local residents together for their first meeting. Three months later, on Monday, Emery received an email. A Syrian mother and her six children were ready to come to Peterborough—if the group would have them. Emery says she started shaking with excitement.

As the van exits the highway and heads into Peterborough, Rama and Raniem wake up and look out the windows. There’s a Fresh Co. grocery and Montana’s restaurant on their right as Emery begins to talk about the Market Hall clock tower ahead. Though the girls don’t understand her yet, it’s easy to see the joy in Emery’s face. In minutes, the girls will see their new home.

Tomorrow, they will walk the streets of Peterborough together. 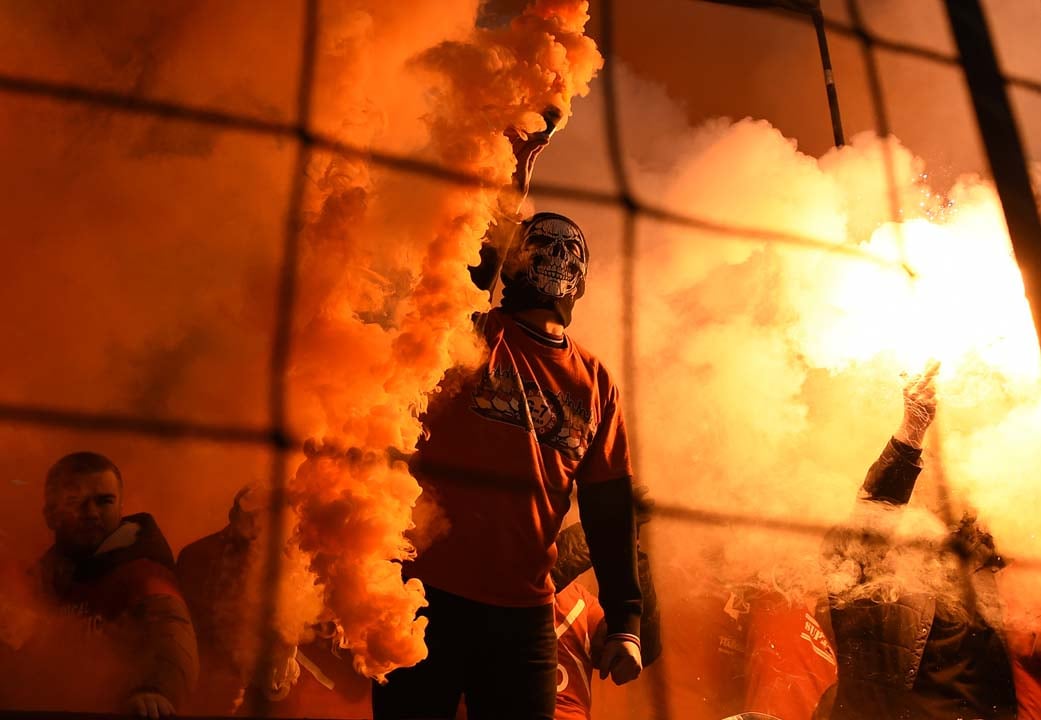