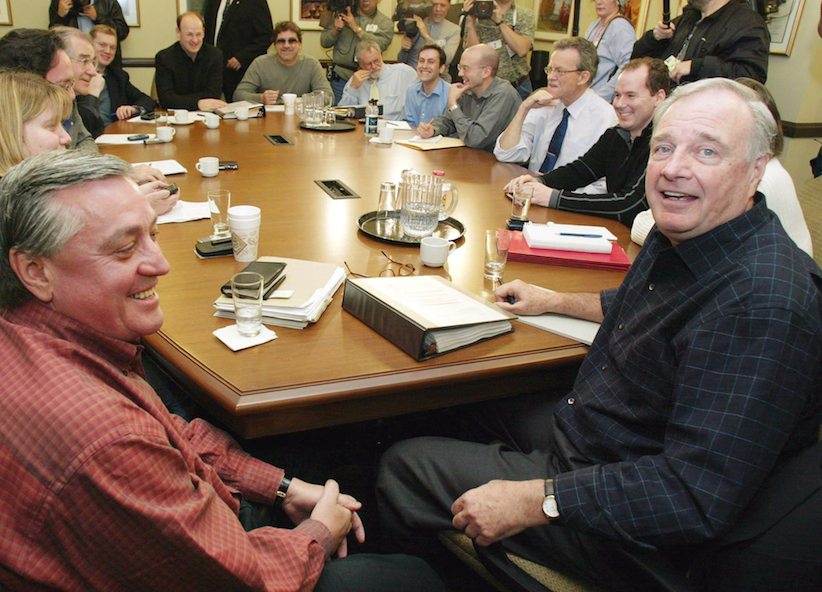 A high-profile organizer and supporter of former prime minister Paul Martin has died.

The Liberal Party of Canada confirmed Friday that Mike Robinson died in Normandy, France. He was 67.

It was not clear whether he died late Thursday night or early Friday morning.

Robinson, who was born in England and grew up in Calgary, spent the last 30 years as one of Canada’s top public affairs consultants.

“Remembering Mike Robinson and his lifetime of public service,” the Liberal party tweeted. “An extraordinary leader in Canadian public policy, government, and campaigns.”

Robinson served as an executive assistant to a federal cabinet minister in the 1970s and held several senior volunteer positions in the Liberal party, the Earnscliffe Strategy Group website said.

He was also one of the early supporters of Martin during his first leadership run in the 1990s. He served as the chief financial officer for the Liberals from 1986 to 1990.

“My colleagues and I are all devastated. He was well loved within the consulting community, politics and throughout Canada,” said Charles Bird, principal at Earnscliffe, a consulting agency co-founded by Robinson and Harry Near.

“He was a leader and mentor for so many of us.”

Longtime Conservative insider Goldy Hyder also tweeted: “Saddened to learn of #Earnscliffe’s Mike Robinson sudden passing. He was a giant in our business.”

Robinson is survived by his wife, ML Walsh, and four children.