Why is Newfoundland and Labrador still celebrating Discovery Day? 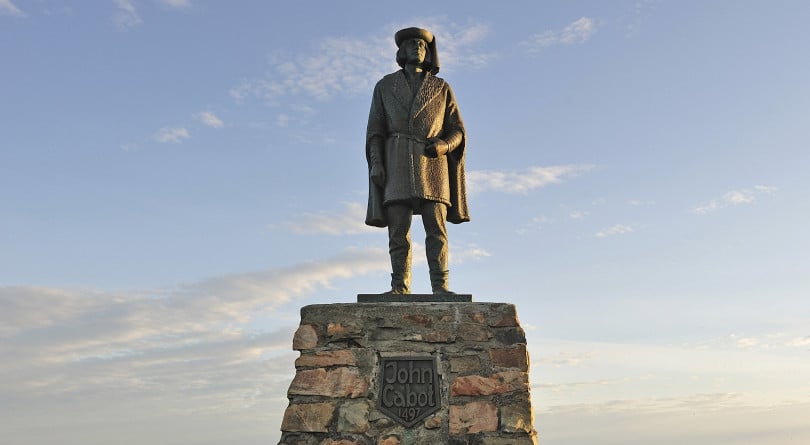 Kim Campbell-McLean’s people have been in Labrador for more than 4,000 years. So when the annual provincial holiday that celebrates John Cabot’s “discovery” of North America in 1497 rolls around every summer, she feels sad and infuriated.

“It gives the false impression that there was nobody here before Cabot came,” says Campbell-McLean, executive director of the AnanauKatiget Tumingit Regional Inuit Women’s Association from North West River. “It’s quite insulting actually, and none of our Aboriginal organizations acknowledge Discovery Day. We certainly don’t celebrate it.”

Last year, St. John’s city councillor Maggie Burton started a successful movement to change the name of the holiday within the provincial capital, which falls on the ﬁrst Monday on or after June 24. Council voted 5-4 in favour of scrapping the name and for now, the city refers to Discovery Day as “St. John’s Day” (in honour of the spot Cabot may or may not have sailed into when he ﬁrst came to North America).

READ: In Newfoundland, a razor-close election that nobody really won

Burton is now calling on the provincial government to select a more “appropriate” name for the holiday, arguing the concept of “discovery” is “the kind of historic symbol that has no place in a modern, shared national identity.” She was referring in part to ﬁndings of the landmark Missing and Murdered Indigenous Women and Girls report, which identiﬁed European arrival and exploration as one of the ﬁrst steps that led to structures of colonial violence. “I believe renaming Discovery Day is one way we can stop wrongly emphasizing settler perspectives over Indigenous perspectives,” Burton said.

St. John’s city councillor Sandy Hickman disagrees; he voted against Burton’s motion on the grounds that it’s not a city issue. But he also argues the name should stand simply because it’s an important date in history. “The Queen’s birthday may not have meaning to everyone, but the date is an ofﬁcial holiday that will not be called by another name because it is signiﬁcant for that reason only,” Hickman said. “Discovery Day is exactly the same. To change the name does a disservice to our history.”

On one level, the challenge of Discovery Day is the latest instance of landmarks, monuments and celebrations conceived from a Eurocentric perspective coming under scrutiny as the country takes steps toward reconciliation. In Halifax, the statue of Edward Cornwallis has come down. The “Indian Village” at the Calgary Stampede has been renamed the Elbow River Camp. Land acknowledgements are becoming routine at public gatherings.

Yet few of these objects and events seem as elemental as Discovery Day, whose very name conjures a land seen through the eyes of European adventurers—“empty” and “uncivilized” and above all, “new.” These ideas became the underpinning of the country’s founding myth—at least as understood by non-Indigenous Canadians.

Cabot was the Italian explorer who, under the commission of the British government in 1497, became the ﬁrst European after the Vikings to reach coastal North America. Newfoundland and Labrador declared a holiday in 1997 to commemorate 500 years since Cabot’s arrival on its rugged shores, likely in Bonavista or St. John’s. The celebrations culminated with a $3.8-million replica of Cabot’s ship, the Matthew, tracing its maiden journey to North America from Bristol, England, to Bonavista, where, amid much pomp and fanfare, it was received by Queen Elizabeth II.

READ: The colonial history behind B.C. Day that can make us all proud

Back in the late 1990s, reconciliation was not top of mind. But it was widely known that the event overlooked a sorry history: that the island of Newfoundland had been populated by the Beothuk, who were brought to extinction by disease, starvation and violence at the hands of newcomers; that Labrador had been inhabited by Innu, Inuit and Metis people who were just then entering a phase of renewed cultural awareness and self-governance.

Today, the holiday is celebrated with many government employees having a paid day off, though shops are open. There’s a regatta in Quidi Vidi, and a lively debate ensues each year on social media. The NunatuKavut Community Council, representing about 6,000 Inuit in southern and central Labrador, is calling on the government to halt observance of Discovery Day. And on Twitter, St. John’s West NDP District Association posted a poll asking, “Do you support replacing Discovery Day in favour of a day oriented towards reconciliation with NL’s and Canada’s Indigenous peoples?” Of 119 votes, 63 per cent voted yes, while 31 per cent voted no. Six per cent voted other.

It’s a debate that Seamus O’Regan, the federal Minister of Indigenous Services, who grew up in Labrador’s Happy Valley-Goose Bay and represents the riding of St. John’s South-Mount Pearl, says he welcomes.

But it may be short-lived. While newly re-elected premier Dwight Ball hasn’t committed to a name change, he issued a statement last year saying the province is open to discussing the question—a position his ofﬁce says he still holds. All it would take is a request from at least one Indigenous organization, but so far, he said, none has reached out.

And that, it would seem, was all the encouragement Kim Campbell-McLean needed. When informed of the premier’s position, she told Maclean’s she had taken Ball at his word, writing him a letter asking that the name of Discovery Day be changed once and for all.

This article appears in print in the August 2019 issue of Maclean’s magazine with the headline, “Examination for discovery.” Subscribe to the monthly print magazine here.