Neighbours wait to return to homes near Mississauga blast site 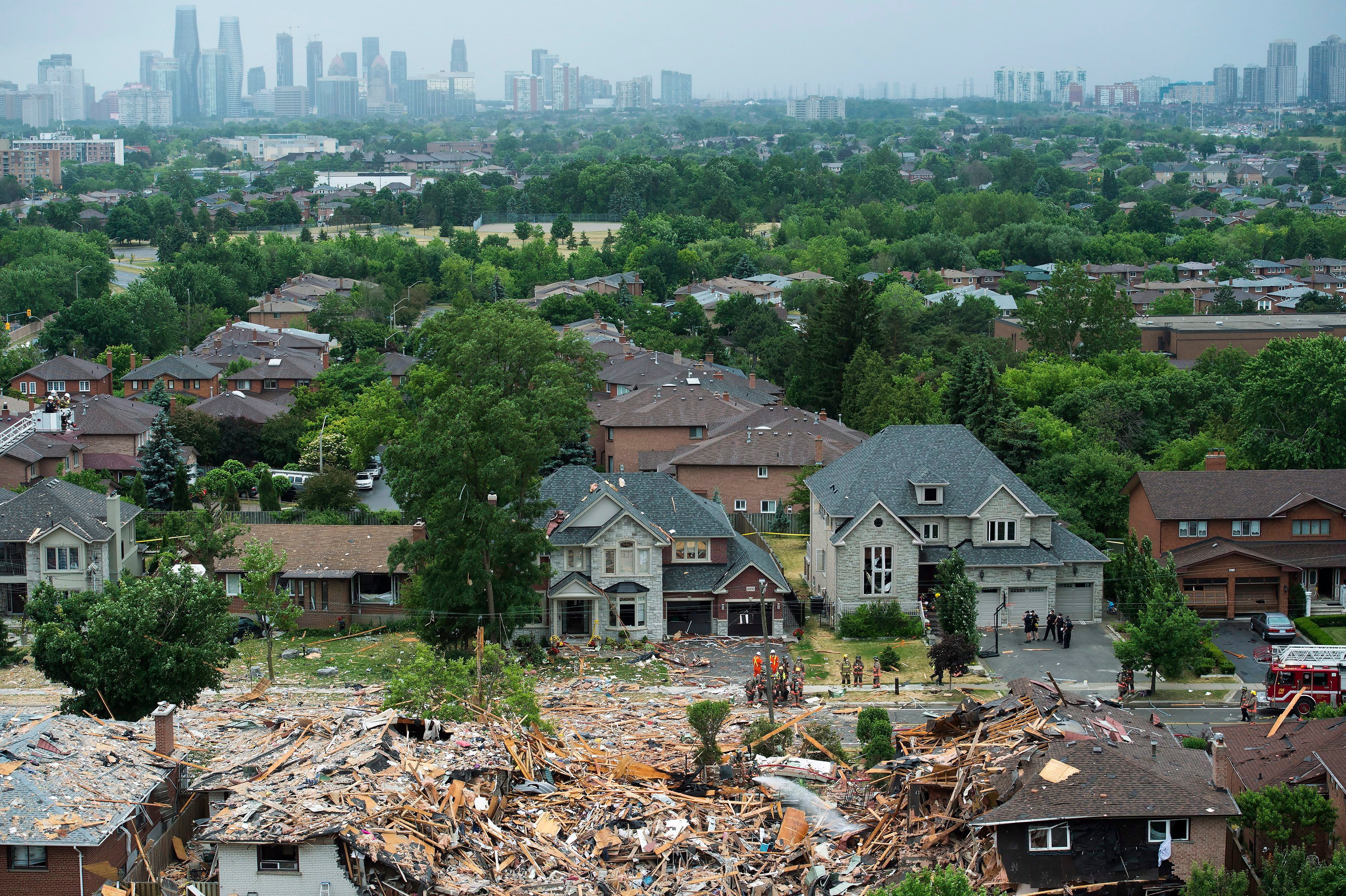 Firefighters and emergency personal work at the scene after a home explosion in Mississauga. (Nathan Denette, CP)

MISSISSAUGA, Ont. — Some residents displaced by a powerful house explosion west of Toronto that killed one woman and injured at least nine people living nearby were waiting to return home Wednesday as authorities investigated the cause of the blast.

Nataliya Stasik took refuge at a friend’s house with her husband and seven-year-old daughter after being evacuated from the townhouse complex where they live, which is near the site of Tuesday’s explosion in Mississauga, Ont.

She said there was some damage to the windows and doors of their home, and that police told her to check in at the local community centre — which offered shelter and food to evacuees — for word on when they could return.

A few residents dropped by the community centre Wednesday morning seeking updates on the situation.

Mississauga Mayor Bonnie Crombie told a news conference Wednesday afternoon that there were still 20 to 25 people at the community centre and that two families — a total of six people — required shelter on Tuesday night.

“We want to assess their needs are and see whatever assistance that we can provide,” Crombie said.

The home at the epicentre of the blast was levelled in the explosion, while two houses on either side of it partially caved in. Debris from the blast, including tufts of foam insulation, was scattered across the streets and on rooftops around the home.

A small crowd watched from nearby lawns and sidewalks as police and firefighters combed the scene and neighbouring blocks.

Authorities said a specialized canine search-and-rescue team was able to go into the rubble of the house that blew up and found no sign of any remaining victims.

“The dogs go in to look for the scent of live victims. Both passes of the houses on either side of the blast zone showed us with no hits,” Mississauga Fire Chief Tim Beckett told reporters on Wednesday.

“So … we were comfortable that there was nobody in those buildings and in fact we now have people accountable on both sides of the blast zone.”

Beckett said the “long process” of investigating the cause of the explosion was being led by Ontario’s fire marshal’s office.

Jeff Minten, of the fire marshal’s office, said they will be looking at the role gas might have played in the blast.

“We’re looking to see what kind of fuels are in there. Gases are predominately going to be our focus,” he said. “Right now, we don’t know what caused it.”

Investigators will also be looking into notes found in the area of the blast site that could be related to the explosion, said Police Chief Jennifer Evans.

“It’s too early to speculate right now,” she said of the notes. “There’s a lot of information coming in, but I’m encouraging people if they find anything suspicious in nature or if they recall seeing anything yesterday, to call us. We’re investigating all avenues right now.”

A police spokesman said they would not be saying what was on the notes and appealed to anyone who does find something to turn it over to investigators.

Rhonda Keyes, who lives around the corner from the blast site, was in her kitchen when it happened. “The floors shook, my whole body shook,” she said.

Running outside to check on her husband, Keyes said she found pink insulation raining down as far as she could see.

The couple found “tonnes” of paperwork, CDs, bills and other household items all over the neighbourhood, she said.

They were among those allowed to remain in their homes after the explosion.