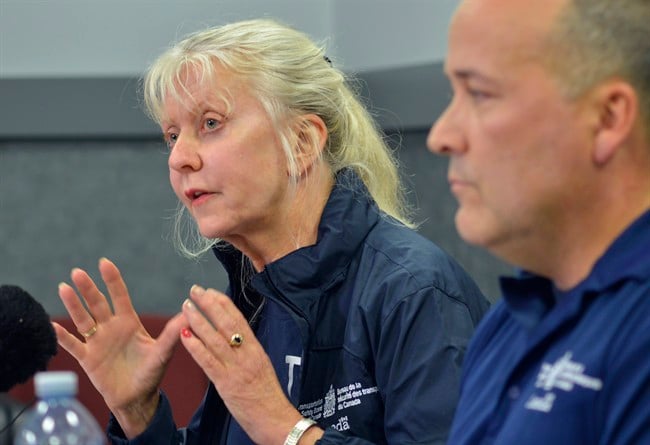 KELOWNA, B.C. – A retired RCMP officer and aviation enthusiast described as a “professional’s professional” was identified as the pilot in a plane crash that killed former Alberta premier Jim Prentice.

A statement released on behalf of the family of Jim Kruk on Saturday said the 62-year-old resident of Airdrie had been a pilot since 1976, and pursued aviation further in 2007 after a full career with the Mounties.

“Jim is dearly missed by his family and his lifelong friends in the Air Cadets, RCMP and aviation communities. Jim was a professional’s professional, meticulous and methodical in all his accomplishments,” read the statement from friend and neighbour, Kevin Moore.

The Cessna jet was en route from Kelowna, B.C. to the Springbank airport, near Calgary, when it went down shortly after takeoff late Thursday.

In all, four people were on board the plane and everyone aboard died.

MORE: Jim Prentice, the politician who wasn’t there for politics

The Transportation Safety Board said the plane disappeared from radar shortly after it took off and investigators are looking for clues on the cause of the crash.

Lead investigator Beverley Harvey told reporters Saturday there was no cockpit voice recorder or flight data recorder on the plane, and that those devices were not required for this type of aircraft.

The absence of a recorder makes the investigation more difficult, she said.

Five investigators are collecting evidence from the accident site and looking at other factors including weather reports and the aircraft’s maintenance records, but Harvey said it is still too early to know what happened.

“It is important not to draw any conclusions or speculate as to the causes at this time. There are often many factors that can contribute to an accident.”

The board wants to complete the investigation in one year, Harvey said.

The deceased pilot, Kruk, leaves behind a wife and two sons, aged 19 and 17.

Moore said all were involved with Air Cadets in Airdrie, north of Calgary.

“His oldest son is a licensed pilot as well at this point, and the younger son is in the process for that as well. They are an aviation family,” Moore said by phone on Saturday.

The 83 Juno Beach Royal Canadian Air Cadets in Calgary posted a message of condolence on Facebook.

“Jim leaves behind a family with a great connection to the cadet program, and the Canadian Armed Forces and we are saddened along with our entire community,” the message said.

TSB spokesman Bill Yearwood said the aircraft, which was built in 1974, was completely destroyed and there was a fire after the crash. The board said the plane went down in an area east of Wood Lake and there were no emergency calls or signals from the aircraft before the crash.

The jet’s owners, Norjet Inc., said in a statement Friday that the company will co-operate with the investigation.

Prentice, 60, who was also a former federal cabinet minister, quit politics in May 2015 after the Alberta NDP swept the Progressive Conservatives from power.

The crash also killed Dr. Ken Gellatly, the father-in-law of one of Prentice’s three daughters.

“To lose two family members at once is unbelievably painful,” the family said in a statement on Friday.