A well-known Toronto pastor has been charged with indecent assault and gross indecency related to allegations of a sexual assault in the 1970s. 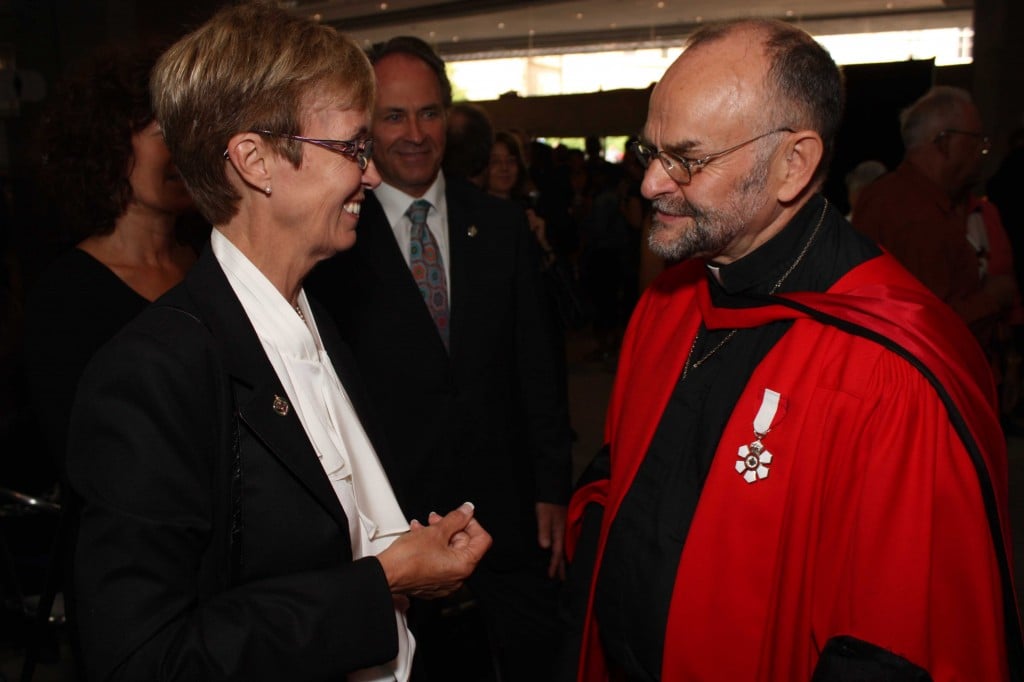 “I want to be crystal clear: I am innocent of these allegations,” Rev. Brent Hawkes said in a statement on the website of the Metropolitan Community Church of Toronto.

“The purported events simply did not take place.”

RCMP Staff Sgt. Craig Burnett said Monday that Hawkes has been charged with indecent assault and gross indecency related to allegations of a sexual assault in the 1970s.

Hawkes, 65, and a native of Bath, N.B., officiated over the state funeral for NDP leader Jack Layton in Toronto in August 2011, and has been a senior pastor at the Metropolitan Community Church for decades.

None of the allegations has been proven in court.

The church board said in a statement that Hawkes is a man of “high integrity and an inspirational community leader” and has “our steadfast support.”

Hawkes’ lawyer Clayton Ruby said he is confident his client will be vindicated.

“I have known Brent for more than a quarter century. I believe him, completely, when he tells me these accusations are false and that these events did not happen,” Ruby said in a statement.

The statement from church board said the alleged incident purportedly occurred prior to Brent becoming the church’s pastor, the charge is not made against MCC Toronto and that the church is not funding Hawkes’ legal defence.

From the archives: Our 2011 story from Layton’s funeral, with an interview with Hawkes