McIver, who came second to Jim Prentice in leadership race, was voted in by a reduced 10-person caucus 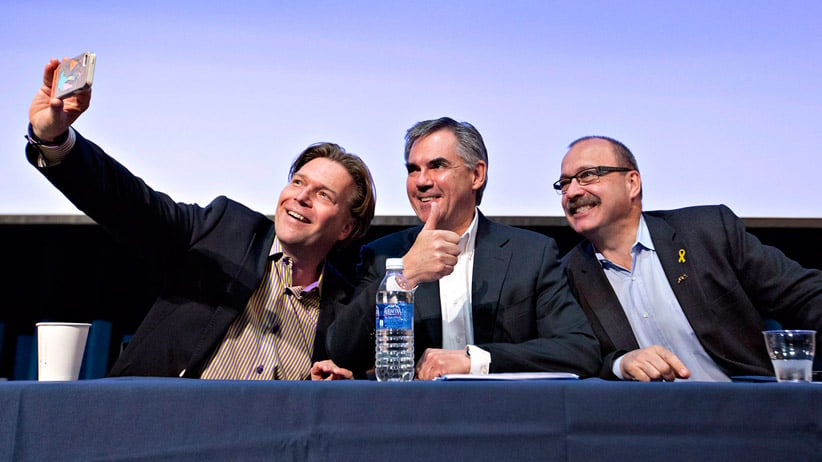 The party said McIver was chosen by the PC caucus, which was reduced to 10 members in the provincial election last Tuesday from the 70 it held before the campaign.

McIver said he hasn’t ruled out seeking the job permanently once a leadership race is announced.

“That is a question that hasn’t been determined,” he said Monday.

“There will be some process down the road which the party will be leading. And right now I and my colleagues are focused on doing the work that Albertans want us to do.”

Leader Jim Prentice announced he would resign immediately after the election defeat.

The clerk of the legislature said Prentice will remain premier until just before NDP Leader Rachel Notley is sworn in later this month. A date for the ceremony has not been announced.

Prentice will also remain the member of the legislature for Calgary Foothills, the seat he won on election night, until he notifies Elections Alberta in writing of his intention to step down.

McIver didn’t have much to say about Prentice’s decision to quit politics or why he hasn’t faced the public since making a quick exit following the NDP majority win.

“I think that is a question that only Mr. Prentice can answer and Albertans can have their opinion,” he said.

The NDP won 53 seats, according to the unofficial results posted Tuesday night. Wildrose is the Official Opposition with 21. The PCs won 10, the Liberals and the Alberta Party have one each. There was one tie in Calgary Glenmore between the PCs and NDP.

Election Alberta is to announce the official election results on Friday, including recounts.

McIver finished second to Prentice last year in the PC leadership race. The 56-year-old is a former Calgary city alderman who has also served in cabinet as minister of Transportation.

He said Tory supporters are worried about how an NDP government will affect Alberta.

“We will see what actually happens, but what I’ve been hearing from people is that they’re very afraid, very concerned about the government that’s been chosen.”