Rob Ford apologizes for racial slurs made while mayor of Toronto

Ford, now a city councillor, says he's aware of the 'hurtful nature' of his words 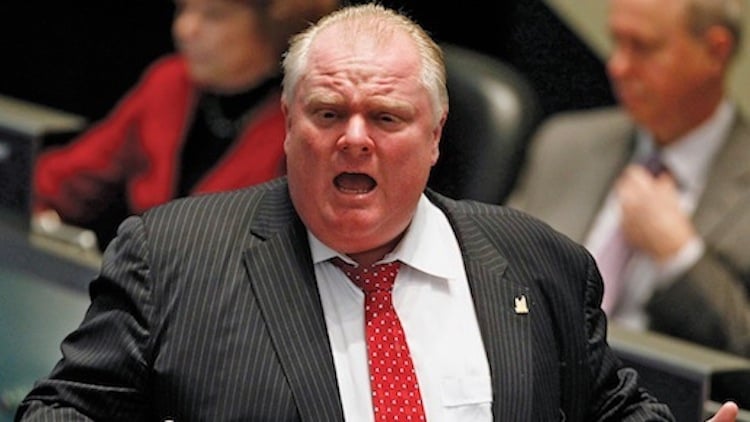 TORONTO — Former Toronto mayor Rob Ford has issued yet another public apology, this time for racial slurs he used during his term as the leader of Canada’s largest city.

Ford, who is now a city councillor, says he’s aware of the “hurtful nature” of his comments and calls them “absolutely unacceptable.”

Valerie Jepson had called on Ford to apologize in front of city council.

Ford has admitted to insulting a cab driver back in 2012 by calling him a derogatory name and making sounds to imitate the driver.

He also admits to using harsh language last year to describe members of the Italian and black communities in a tape that was leaked to the Toronto Star. Those comments were the reason a formal complaint was filed back in July.