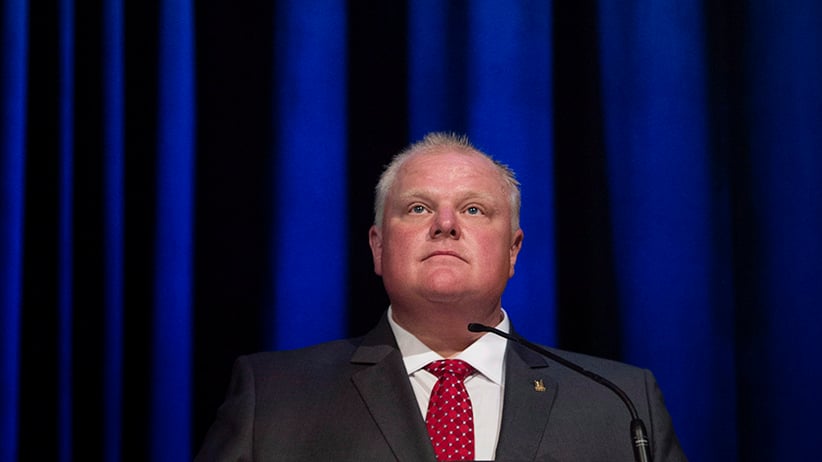 The Toronto city councillor will undergo what he described last month as a “very serious operation,” which is expected to last up to 10 hours and could put him out of commission for as long as four months.

Surgeons at Toronto’s Mount Sinai Hospital will make two incisions of about 30 centimetres each in an effort to remove the malignancy.

Following a meeting with his doctors last month, Ford said they had told him the growth had shrunk enough from several rounds of chemotherapy and radiation to operate.

Ford, whose admitted drug and alcohol abuse and outrageous behaviour earned him international notoriety, was forced out of his mayoral re-election bid last September when doctors discovered his rare, aggressive malignant liposarcoma. He ran successfully for council instead.

The type of cancer Ford has – only about one per cent of cancers are similar – arises from fat cells and can attack a variety of soft tissue in the body.