'I didn’t want to be a burden'

Robert Zhu is an only child from China 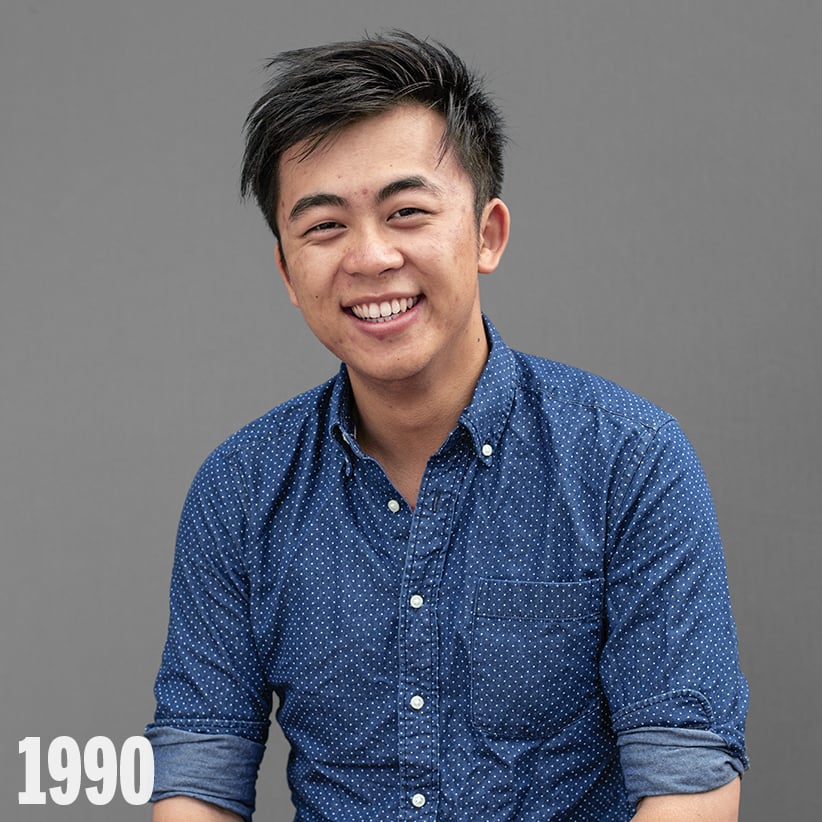 Robert Zhu is an only child, a business founder and squash enthusiast. We asked the 26-year-old to share 26 facts about himself.

2. Because of China’s one-child policy, he is an only child, but, he says, “I make up for that in friends.”

4. His cousin’s family—his only relatives in Canada—arrived at the same time but settled in Toronto.

5. In China, Rob’s mom was a doctor and his dad was an engineering manager, but they did manual labour once they arrived in Canada. “That really taught me how to be humble,” he says. “They gave up a lot of things to bring me over here.”

6. When Rob was nine years old, his father taught him how to build a computer.

7. He also gave Rob his film camera, which sparked a lifelong passion for photography.

8. In high school, Rob helped set up an anti-idling campaign and recycling program that prompted the board to pilot an environmental stewardship course at his school.

9. He also co-founded a table-tennis club, which placed third in the province.

10. Rob started his first company, a design studio, when he was 18. “I found a lot of my friends wanted websites, because it was the cool thing to do at the time. I was naïve. I read some books. I went to the local business office, got a GST number and registered the company.”

11. He later co-founded another business—a multimedia hiring platform—but it ran out of finances. “It was a huge lesson learned,” he says. “And it pulled me even deeper into start-ups and entrepreneurship.”

13. …and admits, laughing, that a degree in computers or business might have made more sense.

14. His parents wanted to pay his tuition, but, he says, “they did a lot for me already, so I took out student loans and got some scholarships. I didn’t want to be a burden.”

15. He served as president of the McGill Chinese Students’ Association.

17. He is now a project manager at a digital marketing firm in Toronto.

18. He also works for a global non-profit called WearHacks, which hosts hack-a-thons to make wearable technology accessible to everyone.

19. An avid squash player, he can hit the court as often as three times a week.

20. He can play the accordion.

23. After that, he hopes to start another company in the education sector.

24. One of his long-term goals is to foster diversity: “I hope I can encourage more women into STEM fields.”

26. Rob and his girlfriend, Tian, are planning to visit as many of Canada’s national parks as they can (six down, 41 to go). — Luc Rinaldi