The family of Robert Hall, who was slain in the Philippines: 'We stand with the ideals that built this country' 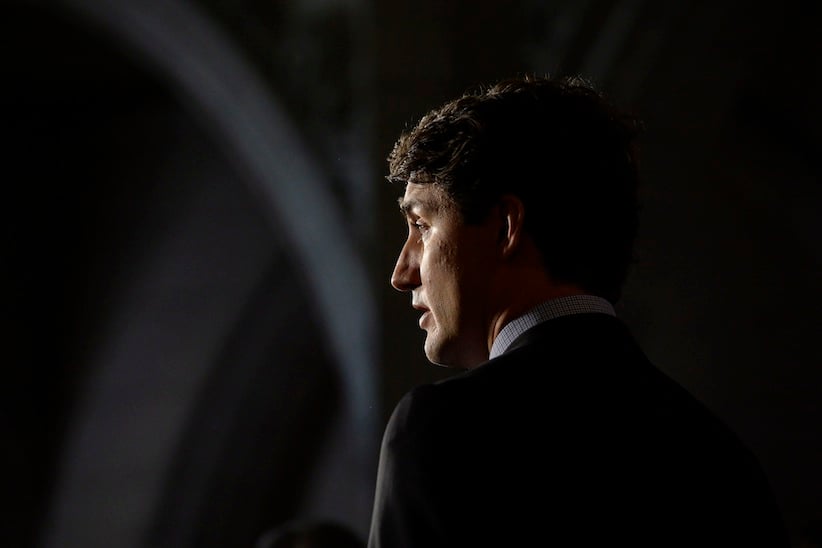 Prime Minister Justin Trudeau makes a statement regarding Canadian hostage Robert Hall in the Philippines during an availability in the House of Commons foyer on Parliament Hill in Ottawa on Monday, June 13, 2016. Trudeau says he has “reason to believe” that a Canadian man who was being held hostage by a militant group in the Philippines has been executed. THE CANADIAN PRESS/Adrian Wyld

OTTAWA – Relatives of a Canadian man slain by militants in the Philippines say they agree with Canada’s policy of not paying ransom for hostages.

Robert Hall had been held hostage by Abu Sayyaf since September 2015 and was killed earlier this week after a deadline for a ransom payment passed.

In a statement distributed by the press gallery in Ottawa, Hall’s family says every option to free him was considered and efforts to that end were “vast and exhaustive.”

In the end, the family says it agrees with Prime Minister Justin Trudeau’s directive that money not be paid to hostage takers who seek to undermine fundamental Canadian values.

“Our family, even in our darkest hour, agrees wholeheartedly with Canada’s policy of not paying ransom to those who would seek to undermine the fundamental values with which my father lived his life,” the statement reads.

“We stand with the ideals that built this country: strength of character; resilience of spirit; and refusal to succumb to the demands of the wretched, in order to satisfy the bloodlust of the weak.”

MORE: Robert Hall’s family remembers a dreamer and an achiever

The family says it will remember Hall as a self-made man who worked his entire life to raise his family above the hardships of his own youth.

Hall was born in Calgary, but lived various places in Western Canada.

His family says he owned and operated many small businesses in his life, from a small engine repair shop to a pizza stand. He spent 25 years building his custom welding business, which specialized in everything from custom truck decks to aircraft repair.

“A romantic to the very core, Robert believed in controlling his own destiny, and that hard work and a desire to succeed were the two main ingredients to any successful endeavor,” the statement reads. “He has been described as a dreamer, which he certainly was, but more than that he was an achiever.”

Outside of business he had a passion for flying, sailing and sports.

The family says he discovered the Philippines on one of his many trips abroad and called it his paradise on Earth.

“He loved everything about the Philippines. The people, he said, are warm and gracious. He took an active interest in his community and his neighbors, and coached a local soccer team.”

Officials in the Philippines have confirmed that Hall was beheaded.

A militant video obtained by Philippine police officials showed Hall in an orange shirt and kneeling in front of a black Islamic State-style flag before he was killed in a jungle area.

His death came after the killing in April of fellow Canadian John Ridsdel, who was snatched from a marina by Abu Sayyaf along with Norwegian Kjartan Sekkingstad and a Philippines national last September.

Trudeau has steadfastly refused to entertain the thought of paying ransom to hostage takers. In the wake of Ridsdel’s execution, he said Canada would never pay a ransom for the hostages in the Philippines, and last month persuaded leaders of the other G7 countries to reiterate their opposition to paying ransoms.

On Monday, he repeated that paying ransoms would put more Canadians in danger.

Abu Sayyaf operates mainly in the south of the Philippines, in the western Mindano and the Sulu Archipelago, but staged a major attack in 2004 that killed more than 100 people when militants bombed a ferry in Manila Bay.

In recent years, Philippines security forces have attacked Abu Sayyaf, killing senior leaders and arresting others, but they’ve been unable to end the group’s kidnapping, extortion and terrorist activities.