The noted film producer on how he followed Leonard Cohen—right to the end, to his L.A. memorial 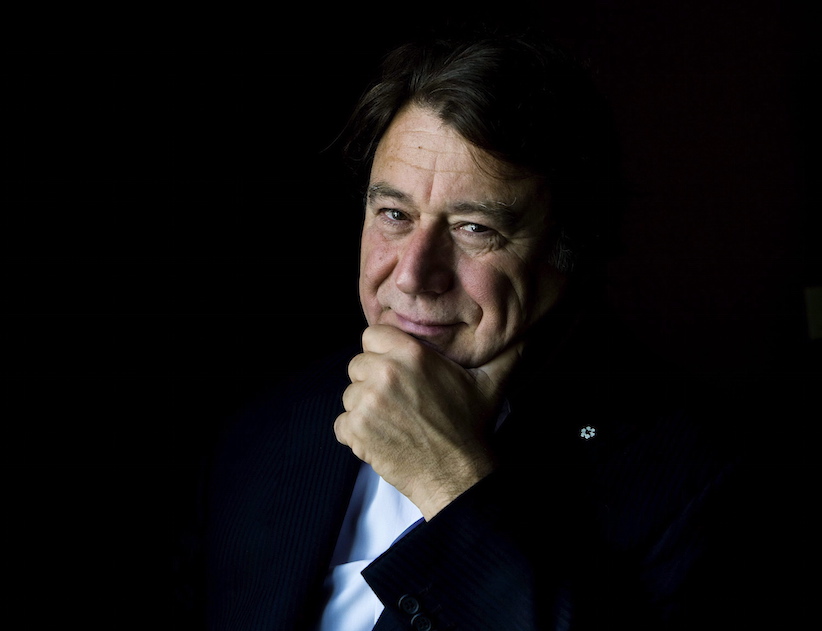 Producer Robert Lantos poses for a photograph for his movie Barney’s Version during the 2010 Toronto International Film Festival in Toronto on Tuesday, Sept. 14, 2010. (Nathan Denette/CP)

Robert Lantos, the celebrated Canadian producer of such films as Eastern Promises and Barney’s Version, was a friend of Leonard Cohen, the iconic poet and singer who passed away in November at the age of 82. He wrote this remembrance after attending Cohen’s memorial service at a Venice Boulevard synagogue in Los Angeles, “a gathering of family and friends to honour the memory of the brightest light I have known.”

I first met Leonard in 1982 at Night Magic, a bar on St. Paul Street, in Old Montreal. Or more accurately, he met me then. For I had known him through his songs since 1967. As a McGill freshman, I discovered that when serenaded by his songs, girls were favourably disposed for romance. It was during a protest occupation of the administration building that Christine, a comrade-in-arms camping in the principal’s office, first let me in on the aphrodisiac secrets of Leonard’s music. Place “Suzanne” on a turntable—and no need for Spanish Fly.

By the time Leonard and I actually met, some 15 years later, I had devoured his lyrics, his poems, his novels. He was—and is still—the most magnificent troubadour of our times. And my hero.

In the ’70s, while in Greece, I travelled to Hydra hoping to run into him. That did not happen then. So, in 1982, when Bobby Di Salvio, the owner of Night Magic (at the time the coolest lounge in Montreal), whispered to me that Leonard was in the house, I was in awe. He was fully surrounded and we didn’t actually talk, but I was introduced to him as a film producer and sat across from him and breathed the same air—and that was enough.

MORE: How to go on, after Leonard Cohen

A year later, in 1983, Lewis Furey—the musician, actor and director who, in 1977, with Carole Laure, had co-starred in my first film L’Ange et la Femme—gave me a screenplay he wanted me to produce. A casual glance at the cover page and I knew I would do it. On it were the following words:

The Hall
By Lewis Furey and Leonard Cohen

I didn’t care what story was on those pages. No way I was going to pass up the opportunity to make a movie written by LC himself.

Once I did read it, I decided to take a back seat, as for the life of me I could not figure out what the film was about. My one and only creative contribution was to rename it: Night Magic. In honour of my first encounter with its author, I insisted on it.

Pretty much no one ever saw Night Magic. No matter. I had collaborated with Leonard Cohen! Our names were on the same poster and he sat next to me at the Genie Awards, when the film’s score was nominated. 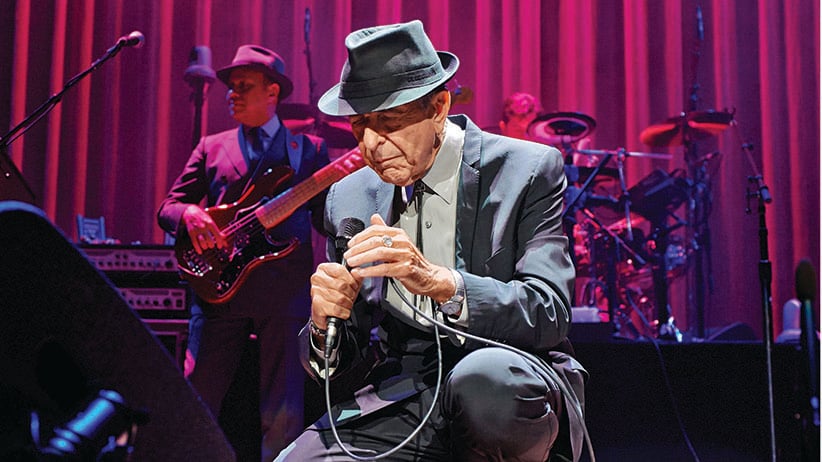 Thereafter, our paths crossed from time to time. The years that followed were a low point for him. He had been dropped by his record label and once, when I ran into him on a flight to L.A., he told me that his music was a thing of the past, that he no longer had an audience. He had no idea then how much he meant to so many, no idea how loved he was.

Eleven years ago, I persuaded him to make the definitive feature documentary of his life, with the film’s profits flowing back to him, to help replenish his piggy bank after he had been defrauded by his manager/assistant. Reluctant at first, he finally agreed. But once he realized how much of his time this would take, he balked. Instead, he went on tour. The rest is history.

In 2010, during a phone call, he played for me the songs from Old Ideas, the new album he was preparing. One of them was “Amen.” I loved it and wanted to premiere it on the soundtrack of my film adaptation of Mordecai Richler’s Barney’s Version, which was being released later that year. Leonard was game, but Sony was not. He did get me two songs for Barney’s Version: “Dance Me To The End Of Love” and “I’m Your Man.” Being able to cross-pollinate the literary giants of Jewish Montreal was a delicious frisson.

With a groupie’s devotion, I followed Leonard from concert to concert. Montreal, Toronto, London, New York, Los Angeles, Chicago, Budapest, Las Vegas—I was at them all.

In June 2012, when the tour was on hiatus, he invited me to drop in the next day at a rehearsal in a well-aged hall in Hollywood, on Sunset and Wilcox. I happened to have lunch that day with the actress Lucy Punch, who was in my film Being Julia. I took her along, not knowing that we were in for the thrill of a lifetime.

Leonard had mentioned something about having a coffee during the break. Instead, he presented me with an unforgettable gift. As Lucy and I sat there, just the two of us in the hall, transfixed and pinching ourselves, Leonard—backed by his full compliment of musicians and singers—performed the entire newly revamped two-and-a-half hour show he was about to take back out on the road. At the end, he looked at me from the stage, said “this one is for Robert,” and sang “Amen.”

He sent me his final email on Oct. 12. He usually signed off with “see you down the road.” But this time, he ended with “much love, old friend.”

And now it’s for me to say: See you down the road, old friend.