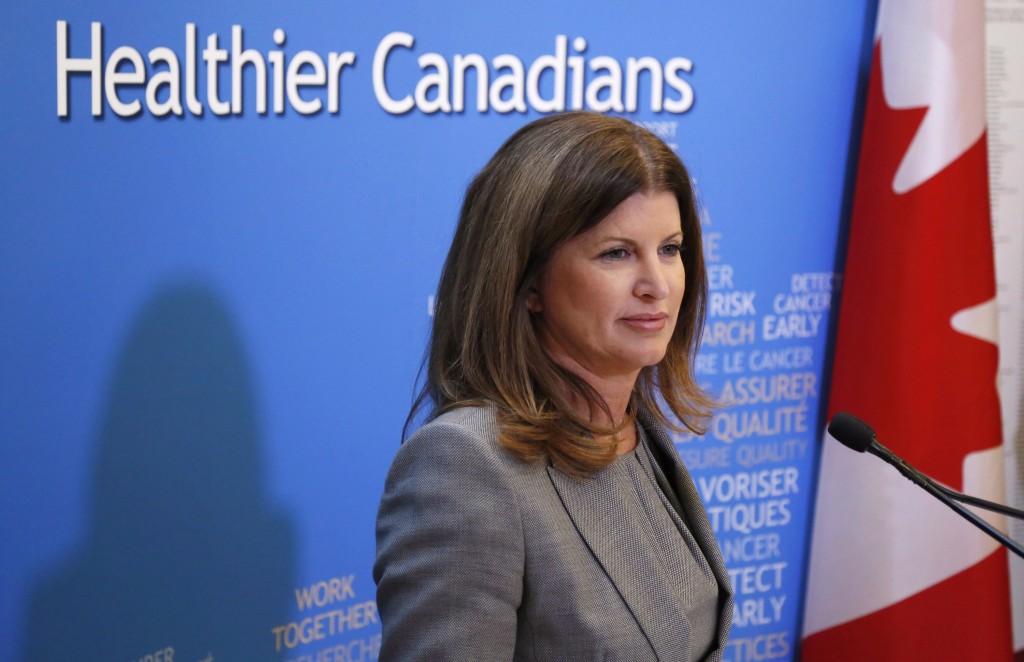 BANFF, Alta. – Health Minister Rona Ambrose is in Banff for a meeting with her provincial and territorial counterparts amid a growing call for a national strategy on dementia.

While the feds and the provinces will spend much of Wednesday discussing ways to co-operate on flavoured cigarettes, prescription drug abuse and drug pricing, dementia is considered a critical agenda item given the disease’s potential economic and societal costs to Canada as its population ages.

“Dementia and Alzheimer’s disease is really a non-partisan issue; this needs to be a concern of everybody,” said Mimi Lowi-Young, head of the Alzheimer Society of Canada.

“There are no boundaries to dementia. And we need to collectively — both the federal and provincial governments — come together to work on this very critical issue.”

Canada, however, is the only G7 nation without a national dementia strategy, even though it pledged last year alongside other G8 countries — which at the time included Russia — to find a cure or treatment for Alzheimer’s by 2025.

Since 2006, the government has invested more than $860 million in support of neuroscience research, earmarking $182 million for the prevention, diagnosis and care of dementia. The 2014 federal budget also committed new funding for research into neurodegeneration in aging.

But Lowi-Young also pointed out that dementia-related diseases cost the Canadian economy an estimated $33 billion a year, a figure that is expected to soar to $293 billion a year by 2040 as the population ages.

In its 2014 fiscal sustainability report released Tuesday, the parliamentary budget office said neither the federal government nor the provinces and territories are prepared to “meet the challenges of aging demographics.”

One of those victims addressed the standing committee on finance in Ottawa on Tuesday, urging the government to get moving on a national dementia strategy.

“I hope that we can accelerate research in all areas of dementia research to find better treatments and ultimately a cure,” said Jim Mann, who suffers from early-onset Alzheimer’s.

“I hope that anyone with Alzheimer’s disease or dementia can access the same level of health care and services no matter where they live in Canada.”

“It doesn’t mean that we won’t continue to do the work that we’re doing in Ontario and the other provinces and territories, but it really is an issue that requires a national framework and a national strategy,” Hoskins said.

“It’s more than an emerging issue, it’s a high priority.”