'After my visit, I didn't know if I was saying goodbye or see ya later' 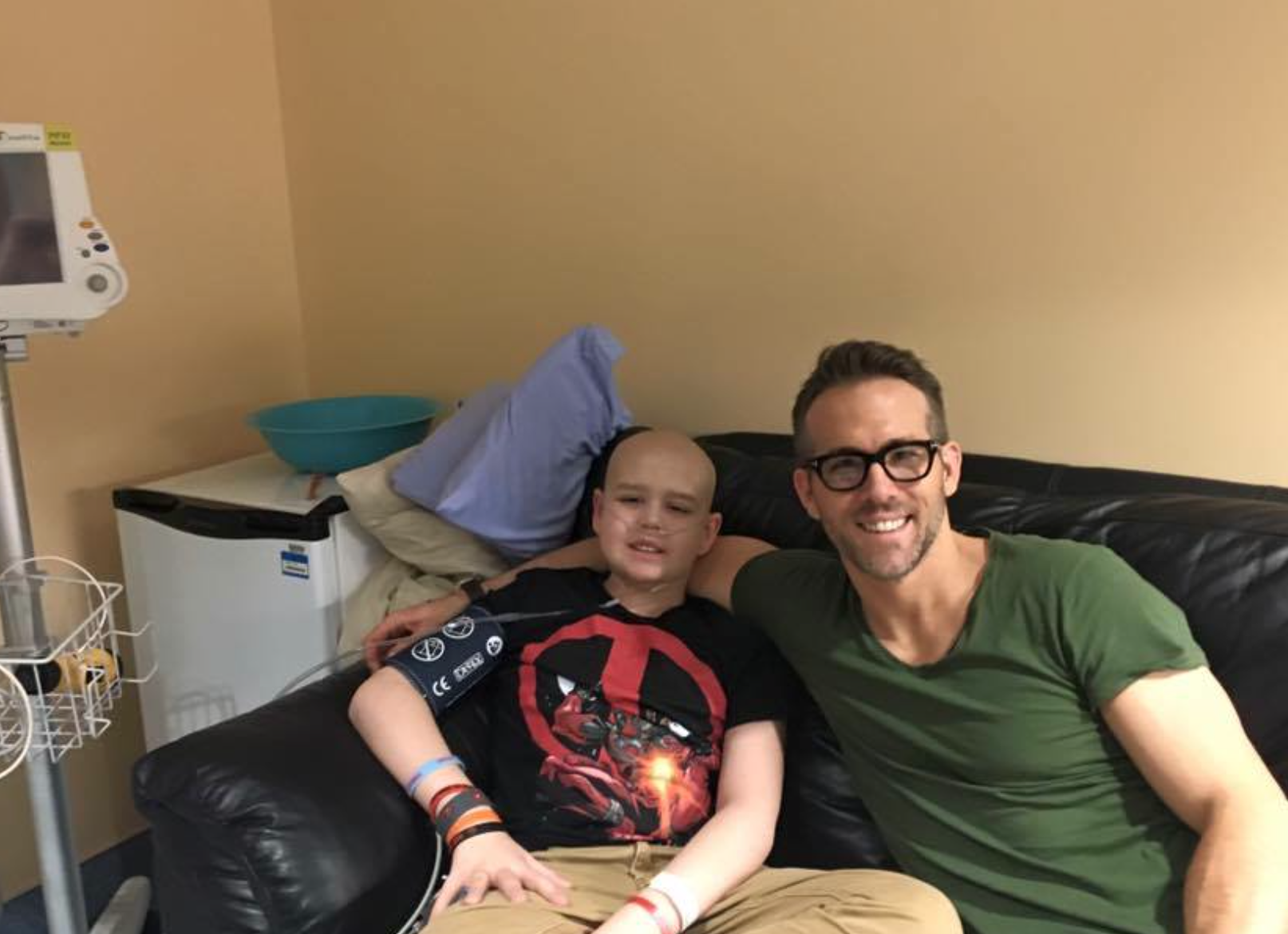 EDMONTON — Actor Ryan Reynolds has posted an emotional goodbye on Facebook to a boy in Edmonton who has died of cancer.

Reynolds visited 13-year-old Connor McGrath earlier this year in hospital and gave him an advance screening of his film Deadpool weeks before it was released to theatres.

Reynolds says the Make-A-Wish Foundation arranged the visit and Connor was the first to see the movie.

“There were still huge sections with wires we hadn’t yet painted out, jokes which weren’t working (and still aren’t) and green screens,” Reynolds says in the Facebook post.

“Connor didn’t seem to mind. And I’d never felt luckier to get to be Wade Wilson.”

In the movie, Reynolds plays Wilson, who undergoes an experimental procedure that gives him healing powers and turns him into the snarky Marvel superhero Deadpool, known for his salty language and off-humour.

“Before you jump down my throat for showing a 13-year-old an R-rated film, please know this kid knew more swear words than a British chef,” writes Reynolds.

He offered his sympathies to Connor’s family in Edmonton and Newfoundland.

He says he’s grateful he got to “orbit Connor’s world for a brief time” and that the two became friends who shared “pages and pages of hilarious texts.”

“After my visit, I didn’t know if I was saying goodbye or see ya later. Sitting here now, I realize it was both.”

He says Connor was especially smart and funny, and everything Deadpool aspires to be — “balancing pain, fearlessness, love and a filthy (filthy!) sense of humour in one body.

“I wish he could’ve stuck around a lot longer.”