Sané Dube: Advocating for Black lives in a global pandemic

The pandemic has hurt some far more than others. Sané Dube made sure this devastating inequality wasn’t ignored. 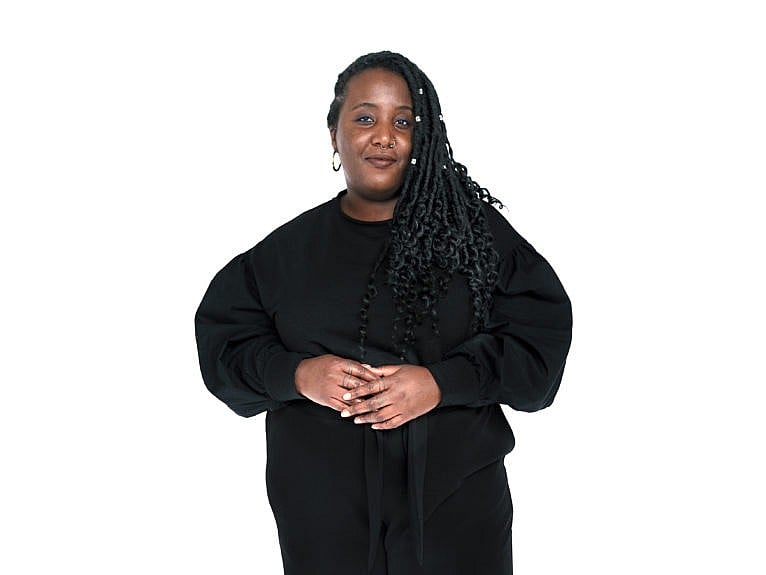 Sané Dube. This portrait was taken in accordance with public health recommendations, taking all necessary steps to protect participants from COVID-19. (Photograph by Jalani Morgan)

Like many people, Sané Dube really started to pay attention to the spread of a new virus in late February 2020, when the wave of infections hit Europe. By March, death rates there skyrocketed.

“I have a very clear memory of an image out of Italy—coffins lined up,” says Dube, manager of population health and social medicine at the University Health Network in Toronto.

At the time, Dube was the policy lead focusing on Black health at the Alliance for Healthier Communities, a network of community health centres in Ontario. It hit her that this virus would be devastating—and that “some people would hurt more than others.”

One of the first impacts Dube saw was an increase in overdoses as people lost access to supports such as supervised injection sites. She was also paying close attention to reports from the U.K. and the U.S. that showed Black and other racialized groups of people were being hospitalized and dying at higher rates as a result of COVID-19 compared to the rest of the population.

While there was little to no collection of race-based data across the country at the beginning of the pandemic, early signs showed Black communities were also being impacted disproportionately here. Dube notes the Black community in Canada isn’t a monolith but there is a common factor—anti-Blackness has real negative impacts on people’s lives. In April, Dube and other community leaders urged governments to pay attention to how existing racial disparities in income, housing and health outcomes were affecting the Black community during the pandemic, writing in a statement: “COVID-19 does not flatten these disparities; it amplifies them.”

In May, the death of Leonard Rodriques, a personal support worker at an assisted living centre in Toronto, shook Dube. She spoke with his wife, who told her the 61-year-old was buying his own PPE. He became sick after there was a COVID case at his workplace, and when his family took him to the hospital, he was sent home within hours. He died two days later.

“It was heartbreaking to me. It was telling a bigger story about the way that Black people are seen as disposable,” says Dube. “You work so hard, you care for people, you contribute, but at the end of the day, there is no care for you.”

The push by Dube and other community leaders, researchers and health practitioners has seen results: by June, Ontario announced it would collect race-based health data. And Toronto launched a plan in February to support Black residents, who have experienced the highest incidence of COVID cases: 26 per cent of cases, despite making up nine per cent of the population. Supports include access to mental health support and community-based testing.

The next big challenge Dube sees is equitable access to vaccines, and despite how long this year has felt, working with other Black leaders and seeing change happen energizes her.