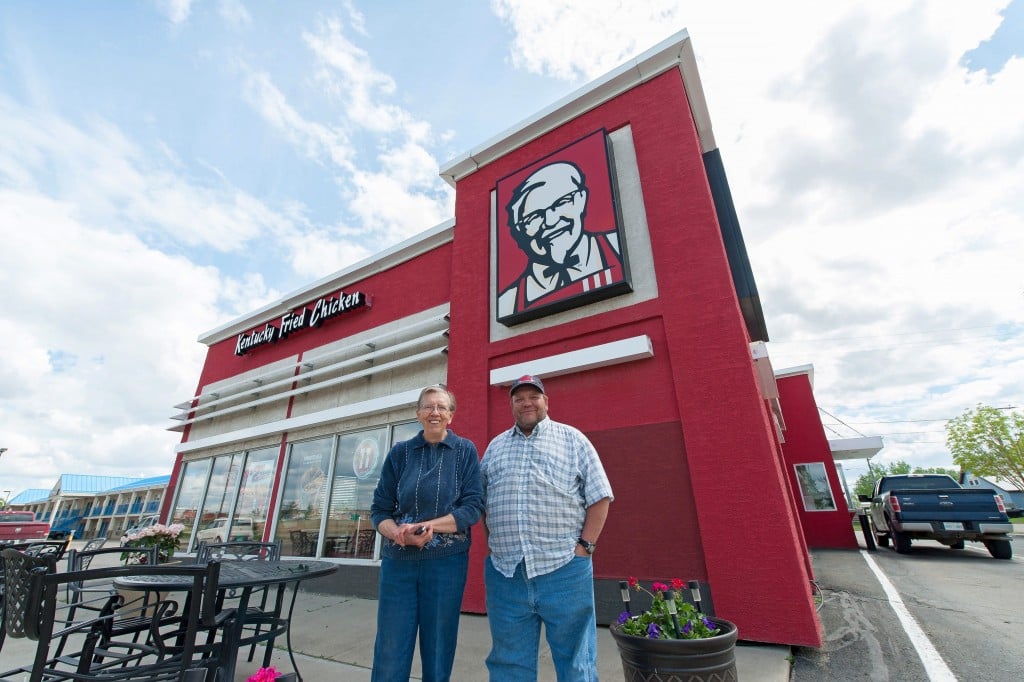 WEYBURN, Sask. – Tubs of fried chicken breasts and drumsticks used to be served with perogies and rice, hot desserts and puddings.

An all-you-can-eat buffet at the Kentucky Fried Chicken in Weyburn, Sask. – believed to be the first of its kind in the country when it started in 1988 – is one of the last remaining smorgasbords still being served at the fast-food chain in Canada.

Its items have dwindled in recent years to include only menu staples, along with nachos and cheese from its sister restaurant Taco Bell.

But the threat of its closure has the hungry in Saskatchewan and parts beyond rallying to save it from the corporate chopping block.

“It’s big for Weyburn. We get people that drive three, four hours just to come for the buffet,” said head manager Larie Semen in a phone interview Tuesday

“We just want the buffet to stay.”

Top brass from Yum Canada, the owner of KFC, were set to tour the Weyburn restaurant Wednesday, said Semen. He believes possible remodelling could mean the end of the buffet someday and wants officials to talk to customers about its popularity.

The city’s local newspaper and radio station have been covering the issue.

Even Saskatchewan Premier Brad Wall took to Twitter on Tuesday about the buffet possibly shutting down. Using the hashtag “SaveWeyburnKFCBuffet,” Wall urged people to retweet his message to the company and “say NO.”

“This is madness,” responded one KFC fan, Ray Quon.

Dustin Duncan, who represents Weyburn in the legislature, told reporters Tuesday that he ate at the buffet a few days ago and hopes it will last for years to come. He worked as a cook there as a teenager. Now, as health minister, he realizes it’s ironic to be backing fried fast food.

“But I would say, you know, all things in moderation,” said Duncan. “They do have salads available.”

Semen said there are still about 500 KFC buffets in the United States. At one time, there were 27 in Canada. A petition about three years ago saved the Weyburn buffet from closure, he said.

Besides the one in Weyburn, a city of 10,000 people southeast of Regina, the only other remaining KFC buffet is in Humboldt, east of Saskatoon.

The Humboldt buffet was open for lunch Tuesday, although a manager there could not be reached for comment on whether it could also face closure.

A statement from KFC Canada said that while it has closed some of its buffets around the world, the Weyburn lunch wagon is not facing an immediate shutdown. It did not mention the Humboldt outlet.

“As we constantly evolve and find ways to better service our customers, our operations will continue to change. While we cannot guarantee that the Weyburn buffet will remain open forever, we can guarantee that it will be open for now,” said Lenoard Free, director of operations and restaurant excellence.

“We want to thank everyone who came to the buffet’s defence. It’s nice to know we have an important place in your community and across the country.”

Truck driver Warren Solie stopped for the buffet lunch in Weyburn on Tuesday. He said he was shocked to learn it could close and hopes the company drops the idea for good.

“I guess when a guy makes enough of a stink about stuff, they reconsider,” Solie said.

“It’s quite a deal here. It belongs to all of southern Saskatchewan.”