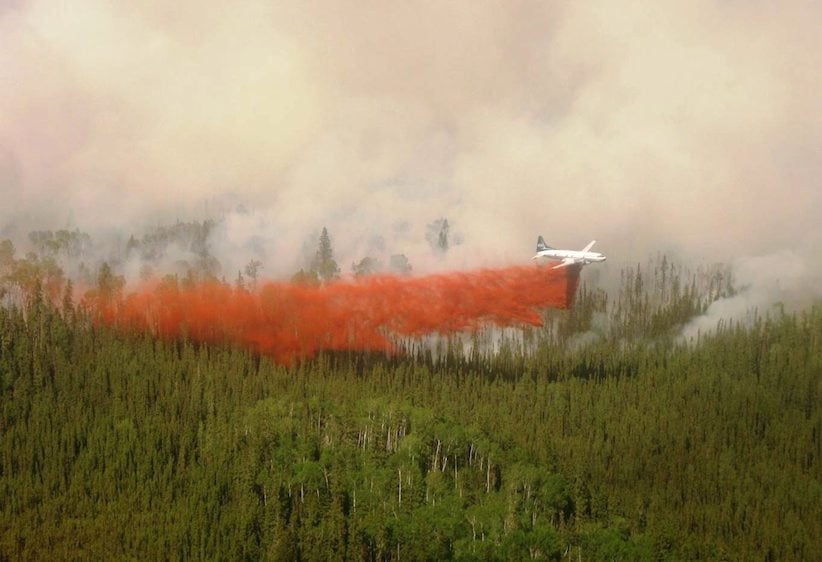 Firefighters are returning to a northern Saskatchewan community to soak down homes after they were forced to flee flames that were fanned by strong winds.

Edward Henderson, chief of the Montreal Lake First Nation, says three houses and a trailer burned while his community was empty Friday night.

That’s on top of the two homes that were on fire when he and everyone else who was fighting the fire had to leave on Friday evening.

About 20 volunteers had stayed behind to watch over the homes and take care of pets left behind when most of the community’s 1,000 residents were evacuated a week ago.

Provincial officials say they returned to Montreal Lake on Saturday and that they, along with local community members, are still assessing the damage.

Henderson says one of the structures that’s burned is a four-plex, which will leave multiple families homeless.

“The four-plex, originally it will hold four families, but in our case there’s usually two or three families per unit,” Henderson explained Saturday from Prince Albert, where many of the people from his community have spent the past week.

He said about 15 families in total are affected.

“We just evacuated them because of the extreme fire behaviour. They have been taking them back to the community to continue suppression efforts,” Roberts told a media briefing Saturday.

Roberts said three structures also burned overnight Friday in Wadin Bay in another fire, and one structure burned in the community of Weyakwin.

SaskPower noted electricity has been affected in Montreal Lake, due to damaged trees falling on the lines to the community.

“We’re working to remove those trees as we can, subject to safe working conditions,” said Tyler Hopson, a spokesman for the utility.

The province estimates forest fires have forced at least 5,200 people from their homes in the past week.