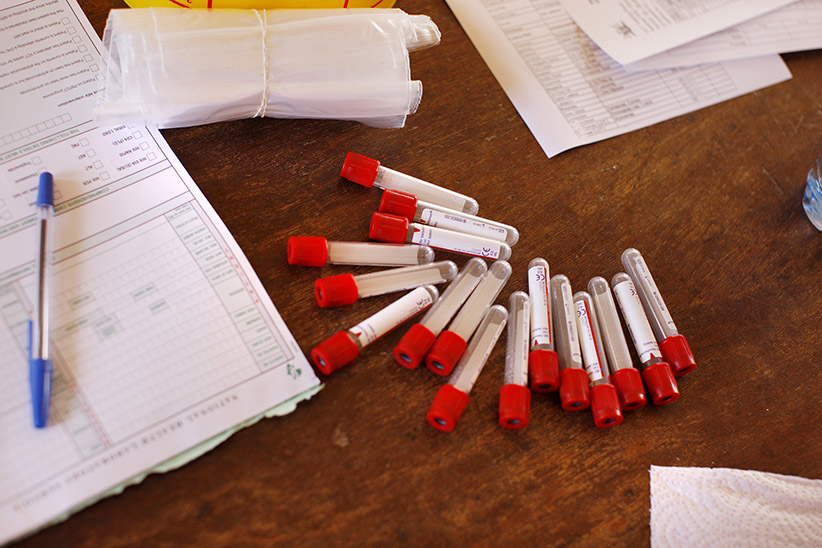 Sometimes when Dr. Alex Wong wants to draw the attention of government policy-makers to the HIV epidemic in his home province of Saskatchewan, he entitles his statistical presentation “Africa on the Prairies.” Here in Vancouver, at the International AIDS Conference on HIV Pathogenesis, Treatment and Prevention, he took a more scholarly tone: “The Developing World in Our Own Backyard: Concentrated HIV Epidemics in High Income Settings.” He was sharing the stage with an AIDS worker from Ukraine and doctors from the hard-hit American regions of Appalachia and southeastern U.S., but the point was made. While Ukraine is coping with a tenuous economy and Russian incursion, the fact that regions of two of the world’s wealthiest countries are coping with Third World levels of HIV infection rates reflects, in his view, a sad failure of policy, planning and political will.

At its peak five years ago Saskatchewan had an infection rate of more than 19 people per 100,000 population, 2½ times the national average—by far the highest rate in Canada. While that provincial rate has since fallen to about twice the national average, those numbers don’t address the racial disparity or the potential disaster looming on the horizon, says Wong, an infectious diseases physician, researcher and a clinical director of the HIV provincial leadership team.

The infection rate for Saskatchewan’s non-Aboriginal population is below the national average. Yet, while First Nations and Metis account for about 16 per cent of Saskatchewan’s population, they represented about 80 per cent of all new cases of HIV diagnosed in 2011, Wong told a workshop attended by a few hundred of the 6,000 delegates here. “The incidence rate in our Aboriginal population is about 88 per 100,000 [population], which is 14 times the national average, on par with various African countries.”

The primary cause of the HIV and hepatitis C outbreak is an epidemic of injection-drug use in the urban centres like Regina and Saskatoon, and of injected prescription drugs in rural regions and isolated reserves.

But the blame itself runs deeper, including the legacy of colonialism, residential schools and discrimination, Margaret Poitras, a Cree and CEO of the All Nations Hope AIDS Network, told the panel.

In 2012, Poitras’ network collaborated with the Public Health Agency of Canada, the Regina Qu’Appelle Health Region and other groups for an ambitious survey of a representative sample of more than 1,000 members of the Aboriginal population living in Regina. More than half reported being removed from their families during childhood by child welfare agencies, churches or government officials. Some 43 per cent were placed in foster care, 58 per cent reported having spent time in a youth or adult correctional facility, and 50 per cent reported having used injection drugs.

The results of that social chaos translated into troubling levels of disease. More than 1,000 of those surveyed submitted anonymous blood samples. Just over one in 20 blood samples was infected with HIV, and almost half those people were unaware they carried the disease, meaning they are at high risk of infecting others. Overall, 42 per cent of respondents had hepatitis C anti-bodies in their blood. “So, two in five individuals basically walking the streets of Regina, if you are Indigenous, you’re hepatitis C-positive,” says Wong. “Those numbers, to me, are absurd.” Yet a survey conducted this month by Leger Marketing 360 for ViiV Healthcare in Canada found 73 per cent of Saskatchewan respondents weren’t worried about becoming infected with HIV, compared to 58 per cent in the rest of Canada.

Appalachia and the U.S. southeast are also reeling from an epidemic of HIV and hepatitis C that has some striking similarities with that in Saskatchewan. Like Saskatchewan, the primary culprit is injection-drug use, and heterosexual transmission. Like the infected populations in Saskatchewan, many live in areas of high unemployment and low educational attainment and frequently in rural regions with limited access to health care. In the U.S., minority African Americans or Hispanics represent the largest HIV-infected cohort.

In the U.S., state laws prohibiting needle exchanges and syringe possession without prescriptions have led to increased needle-sharing and transmission of infections. In Saskatchewan, Wong is frustrated by policy failures and gaps in care that are contributing to the epidemic. While health care is primarily a provincial responsibility delivered at the regional level, reserve and status Indians are largely a federal responsibility. Accessing resources and delivering care can be like “juggling the hot potato,” says Wong. “You’ve got health regions that don’t want to touch it, saying it’s federal. Then you have the province saying, ‘Well, you know the health regions are responsible for this.’ Nobody is really taking ownership,” he said in an interview, “but, when push comes to shove, what’s happening on these reserves falls to the feds, and there needs to be a significant push forward.”

Wong sees sad parallels in Saskatchewan today with the British Columbia of 20 and 25 years ago, when it was the Canadian epicentre of the HIV/AIDS epidemic. It took the declaration of a medical emergency, community activism, a massive infusion of provincial funds and, in the case of Vancouver’s supervised injection site, the challenging of federal drug laws, to turn B.C. into a world-leading success story. Just two B.C. examples: a 90 per cent reduction in HIV-related mortality and, in 2012, just 29 new HIV diagnoses among injection-drug users, down from 352 in 1996. “What B.C. has is the most comprehensive response in the country,” said Wong.

He wants greater leadership federally, especially from Saskatchewan. Mental health services, food and housing security also have to be part of the solution, if people are going to stay on their lifesaving medications. He cites the cases of two HIV-infected addicts he tries to treat, one with such serious mental illness, she’s a daily visitor to hospital emergency rooms. The other is a 30-year-old sex worker whose addiction stems from opioids used to kill the pain of her rheumatoid arthritis. Trying to keep her on HIV medication is near-impossible. “It’s like this neverending cycle of chaos, where we are never able to address the root cause of the problem. She’s on reserve, she’s off reserve, she’s in town. We can never find her. She only comes in when there’s a crisis,” he said.

“That’s what we’re trying to deal with in the province right now: opening our politicians’ eyes and saying, ‘You know, we just have to be pragmatic about this. This [epidemic] is happening. It’s either going to cost us now, or it’s going to cost us 10 times more down the road,’ ” Wong said.

The statistics cast Saskatchewan as an “outlier” in the fight against HIV, but, behind the numbers are patients who rip at his heart. He thinks of that 30-year-old, and the woman who will almost certainly visit the emergency department yet again today, and wonders what is to be done. “It is,” he said, “a national disgrace.”