Bill Ayotte attacked a polar bear with a snow shovel 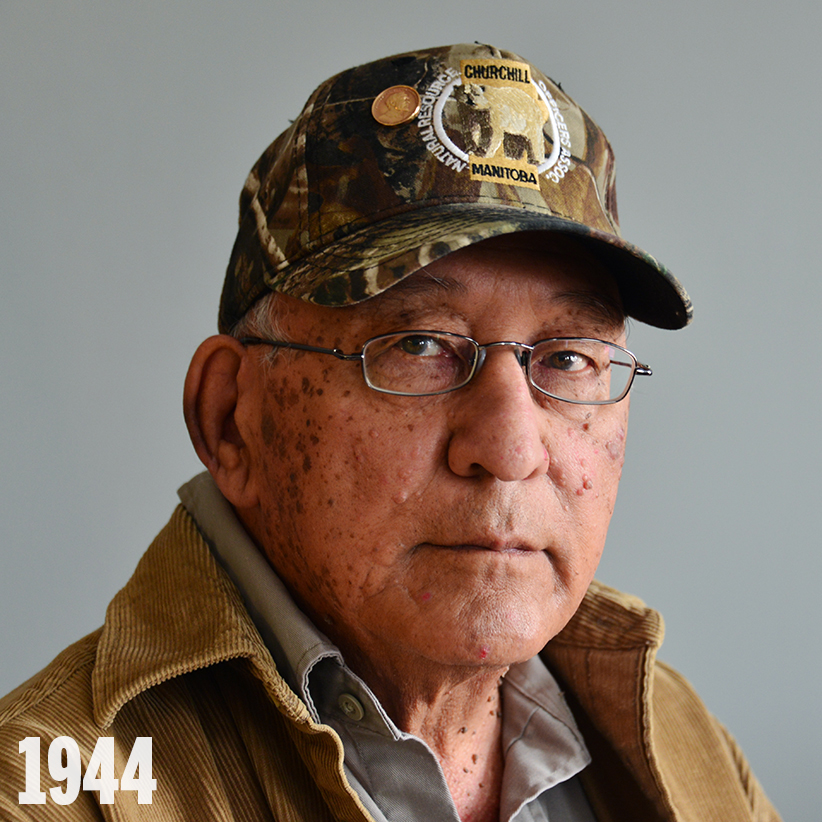 It took Bill Ayotte a while to realize that the sounds he heard were not coming from his TV. It was about 5 a.m. and still dark in Churchill, Man., on that November morning in 2013, but Bill was wide awake, as he always is at that time. As soon as the 69-year-old realized the strange noises were coming from outside his house, he went to his door to peer out.

It took several seconds to process the horror he saw. “Sitting on his haunches was a polar bear, and he had a woman by the head and was wagging her around in the air like a rag doll,” he says. “I couldn’t believe what I was seeing because it sort of just explodes into view.” Bill didn’t have a gun, and he feared the woman would be dead by the time he called the polar bear patrol that deals with the regular hazard in town. His eyes fell on the only tool available to him: the snow shovel on his porch. Bill charged outside in the socks, pyjama bottoms and sweater he’d been wearing while working on word puzzles.

As he raced toward the attacking bear through the early-morning darkness, he thought that the most effective place he could strike was around the bear’s eyes. He wasn’t sure he could land a blow without hitting the woman, but when he reached the bear, he saw a clear shot and swung.

The bear dropped the woman and she scrambled toward the house, but as Bill turned to flee, the bear grabbed him by the leg, tossed him to the ground and began mauling him. The creature pounced on him as he would a salmon, then began biting him, tearing off his right ear. “I was thinking, ‘That son-of-a-bitchin’ bear has killed me,’ ” Bill says.

By that point, people in surrounding houses had been roused by the commotion. Bill’s next-door neighbour fired at the bear with his shotgun, but he was too far away to have any effect, and he soon ran out of shells. So the man jumped in his truck and, leaning on his horn and flashing his headlights, drove toward the bear, stopping just a few feet away. The bear dropped Bill and ran off.

“I remember being so cold laying there. I thought I was pretty well finished,” he says, his voice breaking even years after the fact. “I said, ‘I don’t want to die on the ground like an animal. Get me up. I want to stand on my feet like a man.’ ” 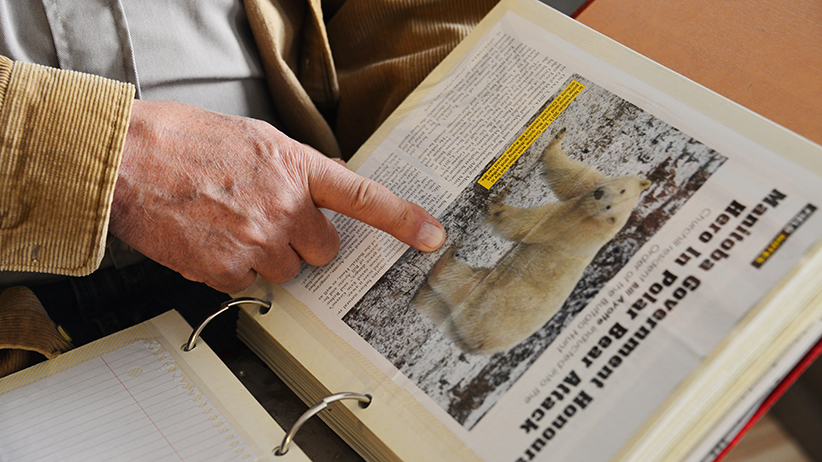 Ayotte didn’t have a gun so he attacked the bear with his snow shovel. (Photograph by Alex de Vries)

He and the woman—30-year-old Erin Greene from Montreal—were both taken to Winnipeg for treatment. When Bill was in the emergency room, all he wanted to know was whether Erin had survived. She had, and she was in the room right next to his; that evening, she came over to thank him for saving her life.

Bill’s wife, Kathy Bouvier, has proudly assembled a scrapbook chronicling her husband’s heroics—including receiving the Star of Courage from the Governor General. One of his grandkids summed it up this way: “I’ve got the greatest grandpa in the world.”

But Bill doesn’t see it that way. “She was out there by herself, and it was either me or nothing,” he says. “I never thought I was brave. It was either do something or I’d have to live with the consequences after if I didn’t help the woman.”

And the shovel that saved a stranger’s life? “I still use it for shovelling snow,” Bill chuckles. — Shannon Proudfoot