Rescue expert died doing what he loved most, parents say

LAKE LOUISE, Alta. — The parents of a missing search-and-rescue technician buried in deep snow on a mountain in Alberta say he died doing what he loved most.

Sgt. Mark Salesse was training with others when an avalanche swept him off the Polar Circus ice-climbing route in Banff National Park on Thursday.

Salesse’s mother, Liz Quinn, and her husband, Robert, say in a statement that military officials have updated them on the recovery mission. 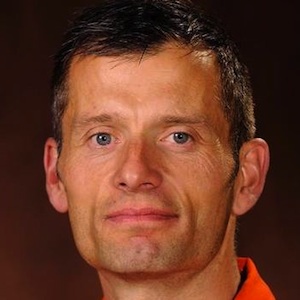 They say they’ve been told that their son is beneath at least 4.5 metres of snow.

Crews are planning to try again today to reach Salesse after having to call off a short search on Monday due to the threat of further avalanches.

Salesse’s parents say if his body is not found in the next week, the search will resume in the spring.

“They will continue searching for Mark and bring our beautiful loving son home to us,” they said in their statement Tuesday. “Our consolation is that Mark has died doing what he loved most, in the majestic mountains that so beckoned him. He chose his final resting place. He is at peace.”

Parks Canada has said that additional avalanches since Thursday — both natural and ones triggered to improve safety —have fallen on the area where Salesse, 44, is believed to be buried.

Salesse, who was based at CFB Winnipeg, was swept off a ledge by an avalanche when weather conditions changed quickly during a military exercise.

It’s believed he fell about 60 meters to a lower shelf and was covered.

More slides swept him further into a ravine bowl. Parks Canada had to trigger another avalanche to secure the area for the rescue teams.

“This, unfortunately but necessary for safety, produced a further several feet of packed snow on top of where Mark is located,” said his parents, who live in Moncton, N.B.

A spokesman for Parks Canada has said Salesse wasn’t wearing an avalanche transceiver, a device that allows rescuers to hone in on a signal and locate buried victims.

That means searchers have been relying on dogs to try to pick up a scent.