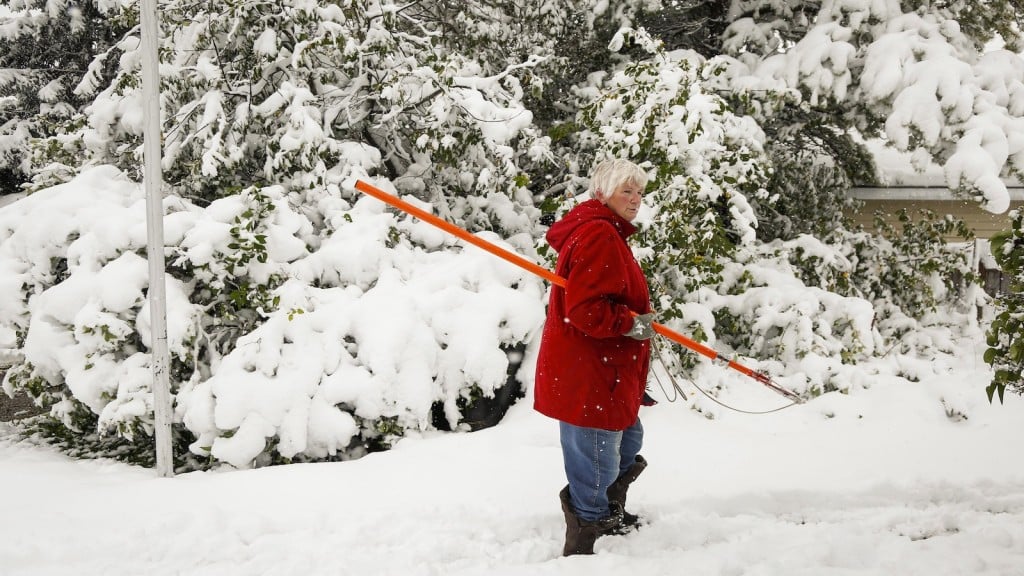 CALGARY – A second major snowfall has prompted Calgary to open its emergency operations centre for the first time since last year’s heavy flooding.

The centre will co-ordinate various city departments to respond to snowy conditions.

He’s urging people not to call 911 unless there’s a threat to public safety, such as a downed tree trapping people inside a car.

Uzeloc says power company Enmax is aware of all electricity problems and there’s no need for people to call to report outages.

About 30,000 people have been without power.

Officials are urging drivers to slow down and approach intersections and city crews with caution.

Uzeloc says Calgary deals with situations like this all the time, but this is different because the snow is coming at least six weeks earlier than usual.

The Calgary Board of Education says some schools are reporting power outages, but will remain open to accept students. Any schools without electricity will use classrooms and areas with natural light.

Farmers are also growing concerned about the show’s effect on the harvest. Carstairs-area producer Devin Harzler says one of the big problems will be picking beaten-down crop off the ground. He expects crop quality will take a significant hit.