‘Mussolini went to war against England, and you’re part of it’

By Luc Rinaldi with portrait by Carla Antonio June 28, 2014

On a brisk March evening in 1930, Antoinette Ciccarelli’s father arrived home with a terrible cold. After making a routine delivery from the family’s Scarborough, Ont., farm to the St. Lawrence Market in Toronto, he couldn’t stop shivering. For days, the sickness didn’t subside, so his family—who had emigrated from Italy several years before—took him to the hospital. “I remember we went to see him on Sunday and he had all these leeches to draw blood,” says Antoinette, who, at 14, was the eldest of the family’s five children. At 9 a.m. on Monday, he died.

Suddenly widowed with five children to look after, Antoinette’s mother sent Antoinette to work at a grocery store in the city, where she initially made $3 a week. “I went home on weekends and used to try to sell cars or something to make that extra buck,” she recalls. She knew few luxuries apart from the extra dollar her employers’ daughter would sometimes secretly give her so she could go to the movies and buy popcorn.

FROM THE ARCHIVES: Canadian nurses at the ‘Front Line Hospital’ in Sicily (Sept. 15, 1943)

Antoinette worked a series of short-lived jobs before securing a spot at the post office in the late 1930s. One afternoon, as she was sorting mail, the music playing in the post office cut out for a special announcement: Italy had declared war against the United Kingdom. “Oh my God,” Antoinette thought. “Something’s got to be wrong.” Thirty minutes later, she was called to the back of the office, where two RCMP officers were waiting. “You have to come with us,” they told her. She demanded to know why. “Mussolini went to war against England,” they said, “and you’re part of it.” At the station, the officers took her fingerprints and told her to phone in once a week to tell them what she was doing. In the RCMP’s eyes, Antoinette—who’d lived in Canada since she was six—was an enemy alien.

“I couldn’t get a job anywhere,” she recalls. She had to take “odds and ends,” working 14-hour days to survive. Eventually, the government fixed her up with a job in Hamilton, Ont., making uniforms for the Canadian Air Force. The irony was not lost on her. 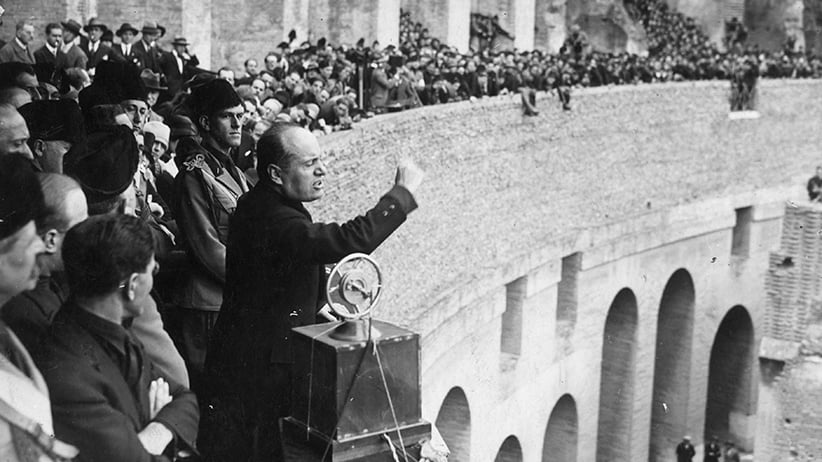 After the war, Antoinette started to go by Toni to mask her heritage and married a fellow Italian named Pat Ciccarelli; the couple had three children together before he died of a heart attack in 1985. After years working more odd jobs and volunteering with the church, Toni was asked by a York University student if she’d speak about her experiences during the war. “I was so happy to tell them what we really went through,” she says, “to show them what they did was wrong.” Soon enough, she was sharing her story in a series of segments on Italian TV host Johnny Lombardi’s Sunday shows. “I opened up a can of worms.”

For decades, Toni and other Italian-Canadians pressured the federal government for a public apology. When then-prime minister Brian Mulroney visited a Toronto community centre, Toni baked him a batch of cookies and asked for her fingerprints back. When Mulroney said he couldn’t do anything for her, she left fuming.

Toni retired at 85, after 21 years as a Cuisinart salesperson. But she continued volunteering, founding an annual five-km walk to raise money for a variety of causes, including help for handicapped children and a bus for seniors. Her room at Toronto’s Villa Colombo—a long-term care home she helped to create—is covered with accolades, including one from Pope John Paul II. “You have to have faith,” she says. “What God does, there’s always a reason.”