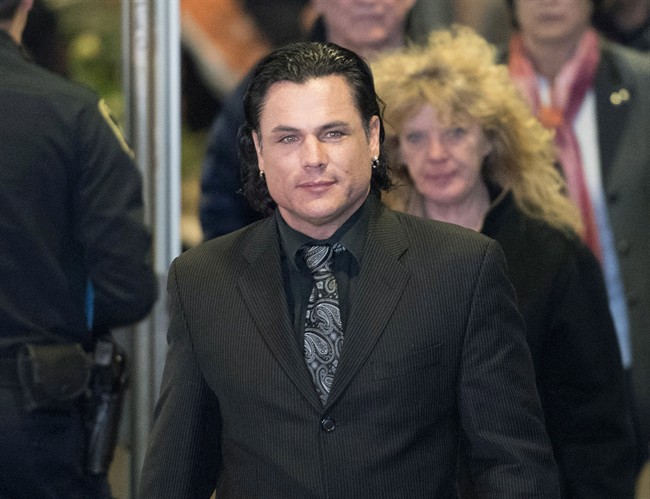 Suspended senator Patrick Brazeau leaves the Gatineau Courthouse for a break during the second day of his trial for for allegations of assault and sexual assault from an incident in 2013, on Tuesday, March 24, 2015. (Justin Tang/CP)

GATINEAU, Que. — Sen. Patrick Brazeau has been granted an unconditional discharge after pleading guilty to assault and cocaine charges in September, which means he avoids both jail time and a criminal record.

Brazeau pleaded to reduced charges of assault and possession of cocaine after a more serious charge of sexual assault was dropped due to a lack of evidence.

In delivering the decision, Quebec Court Judge Valmont Beaulieu agreed with Brazeau’s lawyer and the Crown prosecutor, both of whom jointly recommended an absolute discharge.

Brazeau still faces a criminal trial for fraud and breach of trust arising from his Senate expenses, scheduled to take place in March 2016.

Speaking outside the courtroom after the decision came down, the former member of the Conservative caucus said he hopes to be able resume his Senate career “as soon as possible.”

He was kicked out of the Tory caucus after he was charged and was suspended from the upper chamber in November 2013, but the suspension without pay was lifted when Parliament was dissolved for the federal election.

However, Brazeau remains suspended from the upper chamber, and his salary is being clawed back to repay nearly $50,000 in disallowed housing expense claims.