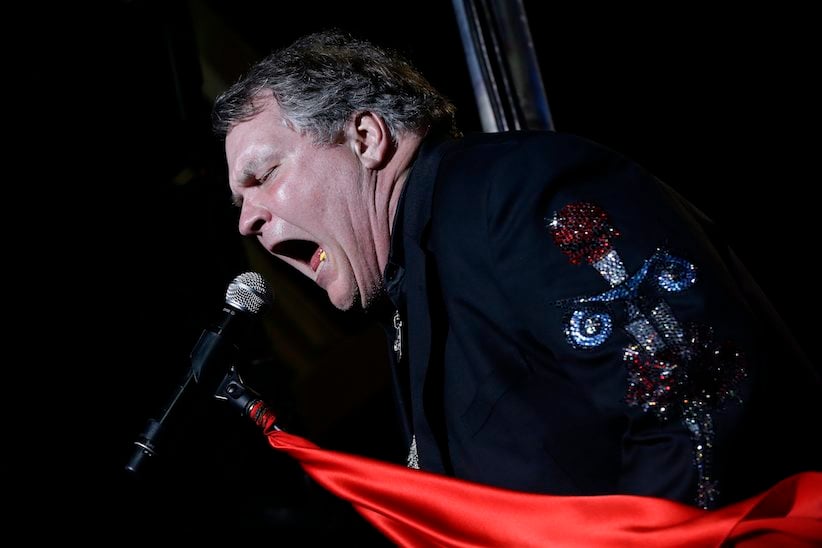 After cancelling two concerts in western Canada this week due to ill health, Meat Loaf collapsed on stage toward the end of his show in Edmonton on last night. Video from Edmonton’s Jubilee Auditorium shows the singer bending over, then knocking over his microphone stand and falling to the floor. Meat Loaf has said he suffers from asthma and from a medical condition that causes an irregular heartbeat.

A Montreal vigil for the Orlando massacre took a weird twist last night when someone physically confronted Quebec Premier Philippe Couillard. Quebec provincial police said a trans advocate who had spoken at the vigil threw something at the premier. Authorities said it was too early to say whether charges would be laid. Couillard was not injured.

Police say a stabbing at a Calgary medical clinic in which a man was killed appears to be domestic in nature but they aren’t saying what may have led to the attack. Officers who arrived at the Perpetual Wellness Chinese Medicine Centre yesterday afternoon also found two other people with non-life-threatening injuries. The suspect was arrested at the clinic without incident and has not yet been charged.

A jury in Hamilton continues its deliberations today in the first-degree murder trial for two men accused of killing Tim Bosma. It’s the fifth day of deliberations for the 12-member panel at the trial of Dellen Millard and Mark Smich.

A briefing book prepared last fall for incoming Finance Minister Bill Morneau warns that Canada’s spending on public pensions is dramatically lower than many other rich countries _ even though private-sector pension coverage has deteriorated. The document, obtained by The Canadian Press, said that between 1991 and 2013, private-sector pension coverage fell from 31 per cent to 24 per cent.

JOBS ABOUT MORE THAN MONEY FOR SYRIANS

Between them, the three Syrian men gathered in an atrium at Ottawa’s city hall on Thursday have 16 children. What none of them have is a job. They say the pressure is mounting, though not only because of money. As five of the 15,412 government-assisted refugees resettled by the federal Liberals since November, they receive a year of income support and there’s a while yet before that money runs out.