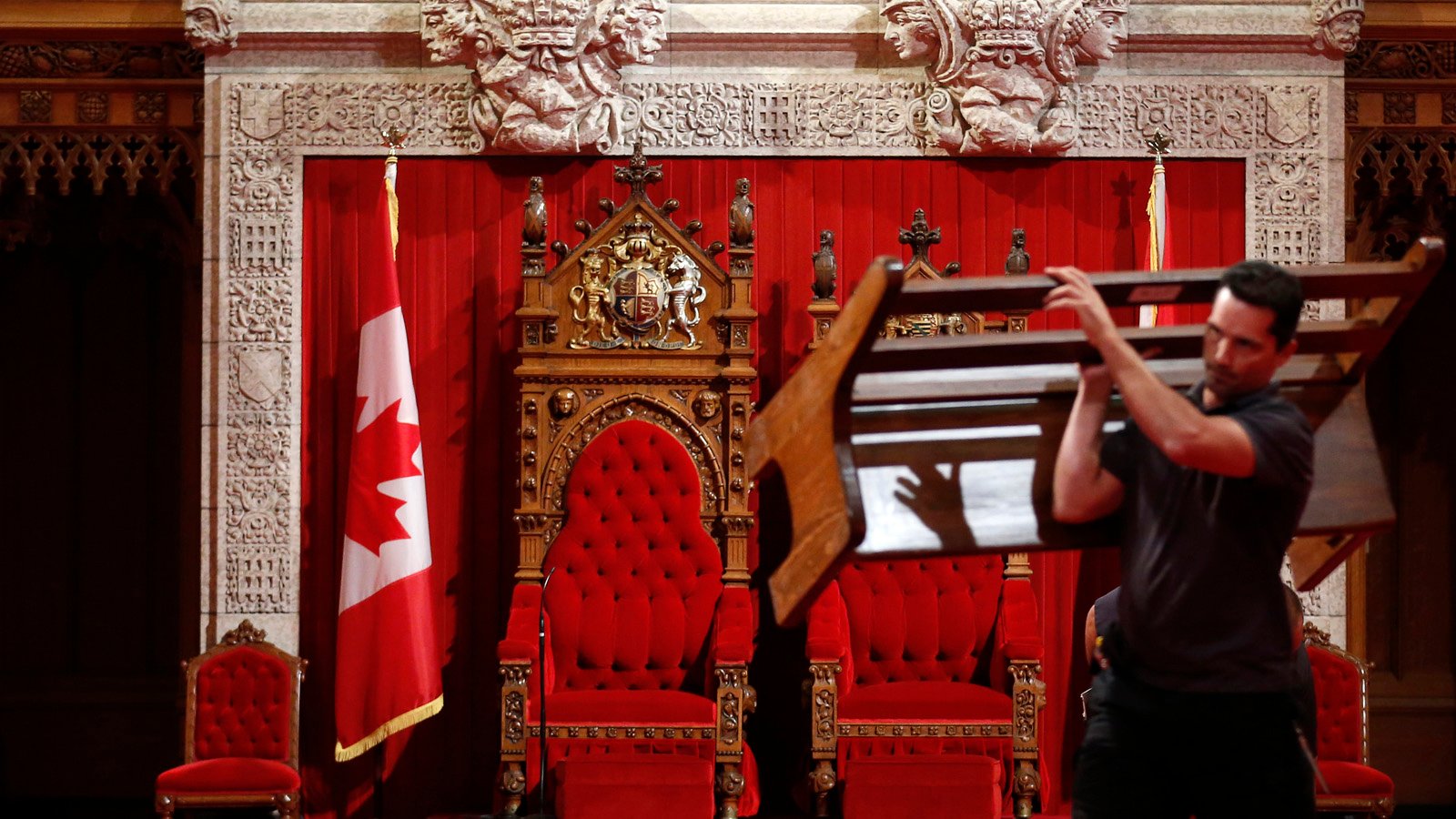 A worker carries a bench while preparing the Senate chamber on Parliament Hill in Ottawa October 10, 2013. Canada’s Prime Minister Stephen Harper will outline his government’s agenda in the Speech from the Throne on October 16. Chris Wattie/Reuters.

A final vote on a contentious union finance disclosure bill will likely be the last act of senators before they begin their summer break. The government used its majority in the Senate to shut off debate and force a final vote on Bill C-377. The vote set for later today follows hours of acrimonious debate in the Senate.

WestJet says six passengers suffered injuries during an emergency evacuation Monday night when one of its flights was diverted to Winnipeg night due to what the company has only termed “a threat.” The airline said all 54 passengers and five crew on Flight WS422 from Edmonton to Toronto were evacuated from the plane shortly after landing. WestJet did not provide details on the nature of the threat.

At first glance, the mid-century, three-level Winnipeg home was everything that Sarah Fehr and her fiancee had been looking for. However, a quick Google search revealed the home’s shadowy past: it had been busted several years earlier for housing a marijuana grow operation.

Four members of the Royal Navy are due in a Dartmouth, N.S., court for election and plea after they were charged with sexual assault causing bodily harm following an alleged incident in a barracks at CFB Shearwater.

David Pickton, brother of convicted serial killer Robert Pickton, is in a Vancouver court to face a civil lawsuit alleging he sexually assaulted a woman in 1991 before threatening to rape and kill her.

Sentencing hearing in Calgary for Gary Sorenson and Milowe Brost, found guilty of bilking more than 2,000 investors of between $100 million and $200 million.

Statistics Canada releases the gross domestic product by industry for April and the principal field crop areas for June.