Sex, lies, and the CBC 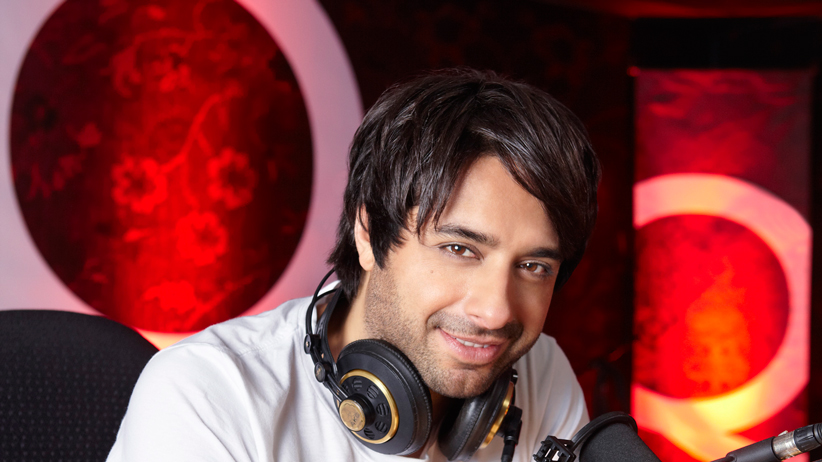 Update: Since this story was published on Wednesday afternoon, four more women have come forward with allegations that Jian Ghomeshi assaulted them. One of the women, Canadian actress Lucy DeCoutere, claims Ghomeshi choked and slapped her without consent. Another woman, who remains anonymous, alleged on CBC radio Wednesday evening that Ghomeshi punched her repeatedly in the head without warning.​

Twenty-four hours: a single, sordid day. That’s roughly how long it took for Jian Ghomeshi, beloved creator and host of CBC’s syndicated radio show, Q, to implode on a national stage. On Sunday, Oct. 26, the CBC fired the 47-year-old host for vague and mysterious reasons; new “information” had come across the CBC’s desk, it stated, which precluded the public broadcaster from continuing a relationship with Ghomeshi. Fans barely had time to guess at what those reasons were before Ghomeshi solved the mystery for them: He had been fired, he alleged, on account of his unorthodox sex life, which he detailed in a Facebook confessional that reads like something out of the television show Scandal.

“Let me be the first to say that my tastes in the bedroom may not be palatable to some folks,” he wrote, expressing what may be the understatement of the century. “But this is my private life. And no one, and certainly no employer, should have dominion over what people do consensually in their private life.” Ghomeshi’s private life, he claims in the now-viral Facebook post, is full of BDSM—bondage, discipline and sadomasochism—something he alleges he practised consensually with his sexual partners, including an ex-girlfriend of two years he does not name, but who he claims colluded with a freelance journalist to launch “a campaign of false allegations” against him. The freelance journalist he references is presumably Jesse Brown, one of two reporters who broke a story in the Toronto Star late on Sunday night detailing anonymous allegations of sexual assault and harassment made against the former Q host. (Full disclosure: Brown is my cousin.)

Ghomeshi is suing his former employer for $55 million, for defamation, breach of confidence and punitive damages, alleging that the CBC ﬁred him because it couldn’t stomach his perfectly healthy and consensual kinky proclivities. But the four anonymous sources cited in the Toronto Star story by Brown and investigative reporter Kevin Donovan claim their experiences with Ghomeshi were not consensual.

One woman, a former Q staffer, told the Star in its published report that the host groped her rear end in the studio and whispered in her ear at a staff meeting that he’d like to “hate f–k her.” The Star reported that the other three women interviewed for the piece claimed that Ghomeshi “struck them with a closed fist or open hand; bit them; choked them until they almost passed out; covered their nose and mouth so that they had difficulty breathing.” The women told the Star they have chosen not to report their allegations to the police for the same reasons many people choose not to report sexual assault claims: They fear they’ll be discredited and humiliated in the press and on social media. Some of them told the paper they also assume that a digital trail of texts and emails with Ghomeshi, in which they suggest an interest in BDSM and rough sex, might incriminate them or, at least, discredit them further.

But emailing your partner with the suggestion that you might entertain trying out some kinky moves in the bedroom, as one or more of these women might have done, is not an open invitation for him to knock you out or choke you during sex. The law demands not merely consent before sex, but “ongoing consent,” something that’s difficult to define in the realm of BDSM and, therefore, built into the rules and rituals. “You can’t consent in advance,” says Brenda Cossman, a University of Toronto law professor who specializes in sexual behaviour and the law. Nor can you consent to an assault that causes bodily harm (except, Cossman notes, in cases of athletics—hockey and boxing, for example—where bodily harm is deemed to have “social value”). This may mean that, regardless of written or oral permission to punch, bite or choke a sexual partner, anyone who commits those acts may be in violation of Canada’s consent laws anyway. 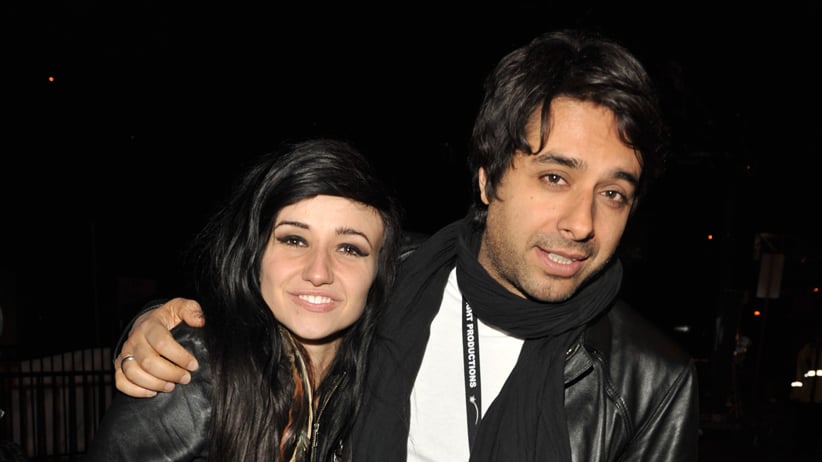 The Canadian musician Lights was quick to support Ghomeshi, who helped her get her start. (George Pimentel/Getty Images)

But the letter of the law feels almost irrelevant at this juncture. It has been less than a week since the tweeted announcement from the CBC that it was cutting ties with Ghomeshi, even less since the anonymous allegations against Ghomeshi surfaced. The hashtag #GhomeshiGate has been trending on Twitter since Sunday, and public intellectuals (the kind Ghomeshi typically ingratiates himself with), from sex columnist Dan Savage to feminist author Roxane Gay have all but denounced the host on Twitter as a victim-blaming opportunist who is using BDSM to justify his alleged abuse of women. On Tuesday, Ghomeshi’s friend Owen Pallett, a well-known Canadian indie musician who has been interviewed twice on Q, wrote a Facebook status in support of the alleged victims. “At no point here will I ever give my friend Jian’s version of the truth more credence than the version of the truth offered up by three women,” he wrote. “Anonymity does not mean these women do not exist.” Even Ray Rice, the former Baltimore Ravens football player whose gruesome beating of his fiancée in a hotel elevator made the press earlier this year, had an easier time hanging onto his job amid public scrutiny. In fact, the NFL paid deeply in the media for its slow reaction to the Rice affair, which may explain why the CBC rid itself of Ghomeshi so quickly.

Social media, it seems, has not only accelerated the pace of our news cycle, it has polarized public opinion. There is no time for waffling or uncertainty in the digital age, only declarative 140-character statements. Even more important, it has driven the course of events in a way that all but circumvents the usual legal channels. No charges have been laid against Ghomeshi, and already, he is, in our eyes, either condemned or utterly blameless.

“In the 24 hours after that post went up, [Ghomeshi] had a significant increase in the number of supporters on his Facebook page,” says John Perenack, a PR expert at Strategy Corp, a communications ﬁrm in Toronto. Within three days, his post alleging he had been unfairly accused and then fired had attracted some 100,000 likes. This reality, feminists argue, is hard proof for why victims of assault do not report allegations more readily. In another era, the network and its star may have come to a quiet understanding and parted ways, and the whole situation may have never come to light. Ghomeshi might have stewed alone in his east-end Toronto home, making personal appeals to family and friends about what a great guy he is despite the “nefarious” allegations against him. But social media allows Ghomeshi to make a personal appeal to his fans directly, says digital media scholar Alfred Hermida, the author of the new book Tell Everyone. “He shifted the tone of the conversation by [posting his statement] on Facebook. He bypassed the media—so, no questions from anybody—and he’s posting to people who are more likely to believe him, people who will take up his banner.” 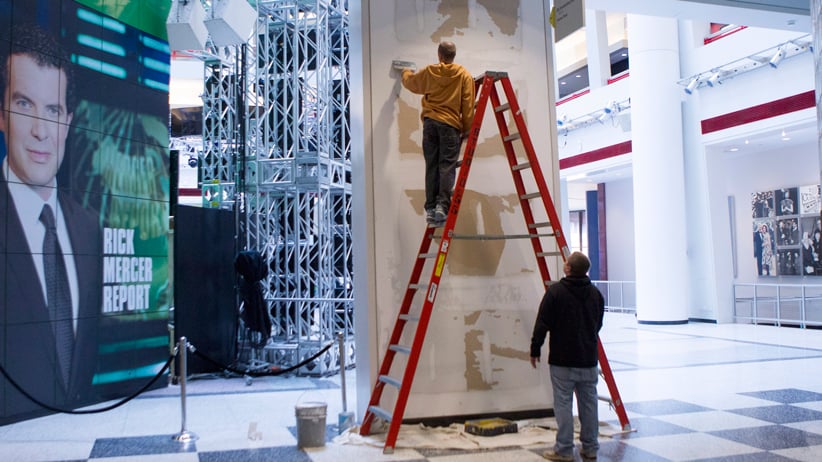 Before the weekend’s revelations, Ghomeshi had announced that he was taking a leave of absence from Q for “personal reasons,” an explanation many fans believed was a euphemism for depression, his father having recently died. This week, in the eyes of his fans, he is an even more sympathetic figure: the newly fatherless victim of a smear campaign spearheaded by four “immature” women (as one commenter on his Facebook page put it) who have nothing better to do than derail the life of a good man. To top it off, his accusers are all anonymous, taken by some to mean that they are less credible.

Brown, one of the reporters who broke the story in the Star, and who hosts a popular media-criticism podcast called Canadaland, hopes “people keep in mind that there are different types of anonymity. An anonymous commenter on YouTube is very different than a person whose name is known to journalists, who is interviewed extensively, who has provided documentation to support details of their account, but who chooses to withhold their name for totally understandable reasons,” he wrote to me in an email.

Some critics have called his Facebook confession smarmy and manipulative, an attempt to discredit his anonymous accusers and to “control the narrative” (as the character Olivia Pope often says on Scandal), especially in tandem with the fact that he has hired the high-profile PR firm Navigator. And it may very well be all of those things, but it’s also his only option, because of his accusers’ anonymity. He can’t defend himself against the assault allegations in a court of law—a basic tenet of our justice system— because they haven’t been reported to police. In other words, the culture of fear around reporting sexual assault—rape culture, as some call it—makes it impossible for Ghomeshi to defend himself against the allegations in court.

It may, however, give him an advantage in his case against the CBC. “The fact that the women have not filed criminal charges helps Mr. Ghomeshi’s case [against the CBC],” says David J. Doorey, professor of labour and employment law at York University. “It’s much easier for an employer to explain to an arbitrator why it was necessary to fire an employee who has been convicted of a violent sex crime. The potential harm to the employer’s reputation and business interests is more obvious in that case.”

Fear of reporting sexual assault existed before Twitter and Facebook, of course, but something has changed, says Carissima Mathen, an associate professor of law at the University of Ottawa. Before social media, many sexual assault victims feared being mistreated by the courts. Today, one of their biggest fears rests with how they’ll be treated in the world at large. “They feel it is virtually impossible to keep your identity secret, especially in a case where people have a connection with the defendant,” she says. “The negative experience [of reporting sexual assault] is now being perceived to exist completely outside the criminal justice system.”

This entire case, so far, exists outside of it, too.

Since Ghomeshi’s Facebook post emerged, a large number of Canadians have rushed to the radio host’s defence with almost lightning speed and, sometimes, unadulterated glee. Affirmative posts underneath the host’s Facebook status urge him to keep his chin up, and keep fighting the good fight. Ghomeshi is a voice of liberal reason, after all, an annoyingly affable metrosexual who has hosted radio segments about the meaning of rape culture. Not so long ago, he was on the air telling Anne Marie Owens, editor-in-chief of the National Post—formerly deputy editor of Maclean’s—how special it was that a woman had finally earned the top spot at a Canadian newspaper. It may be this progressive zeal, and his friendly disposition, that’s made his fans discount even the slightest possibility that his accusers might be telling the truth—as though social enlightenment precludes criminal behaviour. And that’s a scary thought.