RCMP memorial to be unveiled on grim anniversary in Moncton 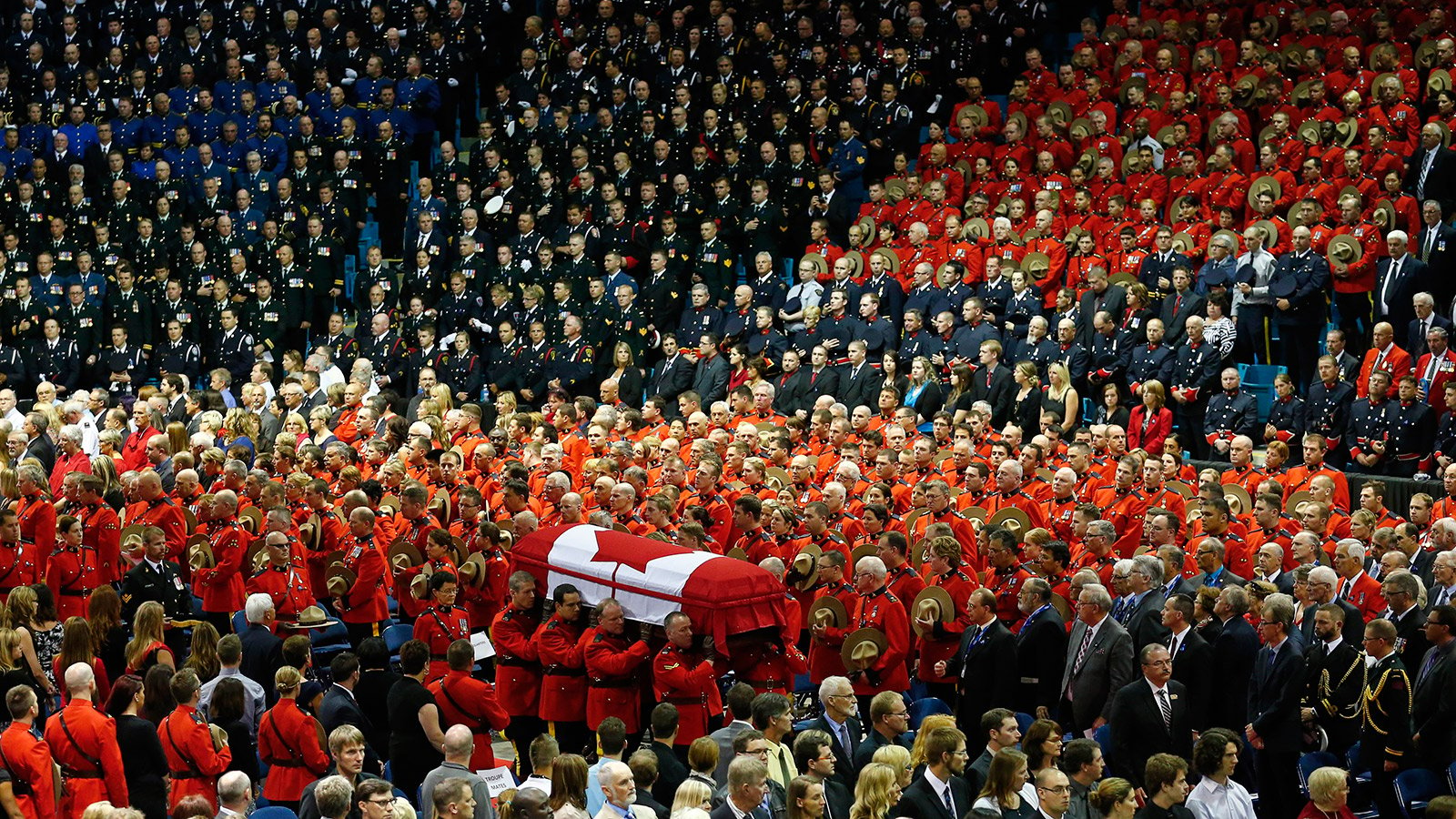 Pallbearers carry the casket of one of three Royal Canadian Mounted Police officers killed in a shooting in Moncton, N.B. (Mark Blinch/Reuters)

One year ago today the peace of a spring evening in a Moncton, N.B., neighbourhood turned to terror when a gunman opened fire on police officers, leaving three Mounties dead and two injured. Today the final design of a memorial to Constables David Ross, Fabrice Gevaudan and Doug Larche will be unveiled during a noon-hour ceremony in front of Moncton City Hall.

Canada is about to add another layer of security for travellers who need visas to enter the country _ biometric screening. The Canadian Press has learned that Prime Minister Stephen Harper is expected to announce the new security measures on Thursday.

Federal information commissioner Suzanne Legault says gun owners may never know if their registration records have been secreted away by the RCMP once the Conservative government creates what she calls a legislative “black hole.”Legault filed a preservation order in Federal Court on Wednesday in an effort to keep the government from destroying more contested gun registry data.

John Batas, the owner of Michael’s Restaurant & Pizza in Calgary, is blunt in his assessment of the Alberta government’s plan to raise the hourly minimum wage by nearly four dollars in three years. Batas calls it “ridiculous,” saying the move would result in higher prices and possibly fewer hours for staff or even layoffs. The plan would increase the minimum wage from the current $10.20, to $15 by 2018.

The trial of Mike Duffy is hearing about trips the Senator took to various events across the country. Justice Charles Vaillancourt has heard it cost to $10,652 for Duffy to travel to Vancouver Island for a charity event organized by local Conservatives. Duffy has pleaded not guilty to 31 charges of fraud, breach of trust and bribery in connection with his Senate travel, living and office expenses.