In the news today: Justin Trudeau at the G20, Arthur Kent in court, Fathers of Confederation on Parliament Hill 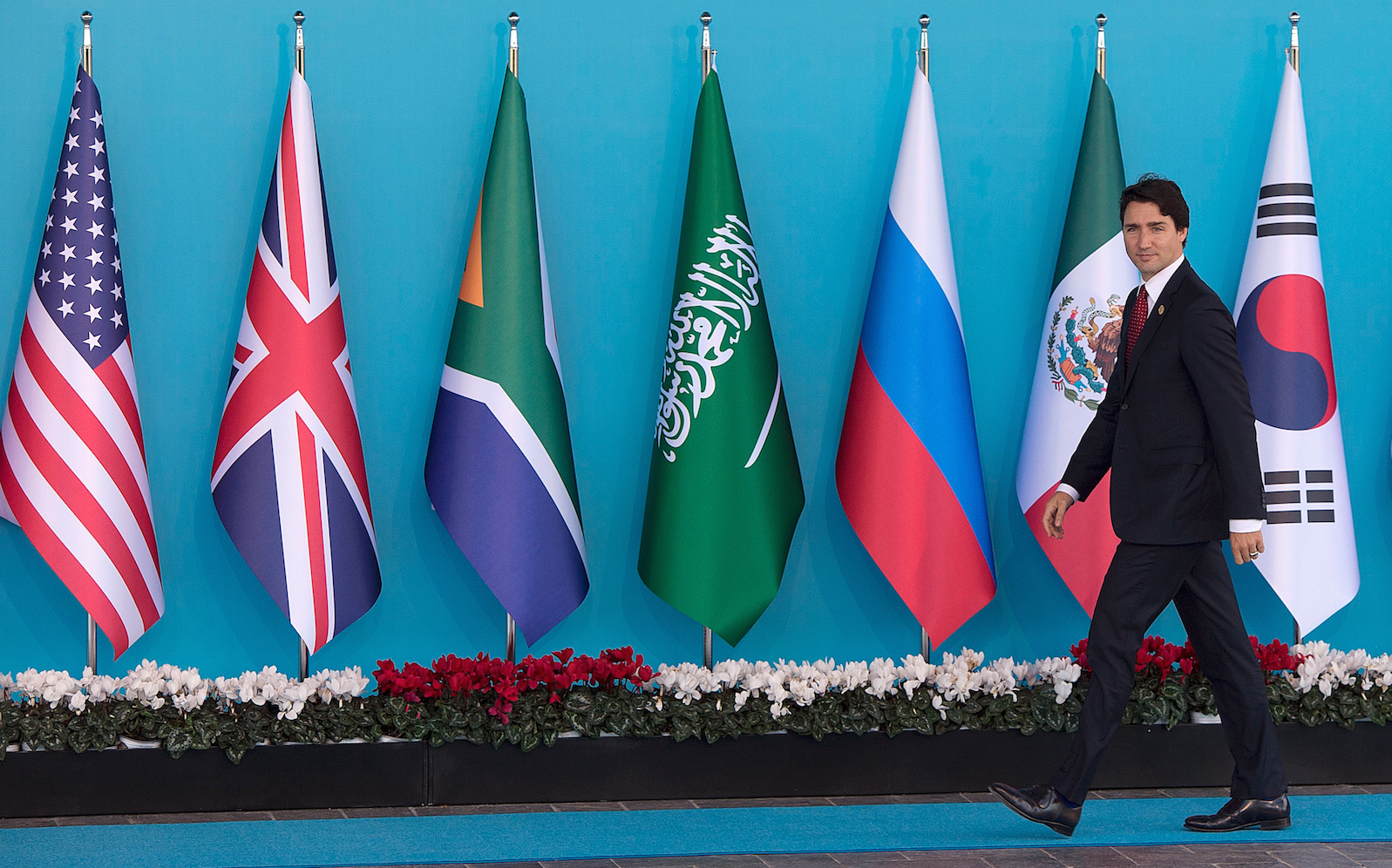 China’s President Xi Jinping has lauded what he calls the extraordinary vision of Prime Minister Justin Trudeau’s father for reaching out to his country 45 years ago. Xi met with Canada’s current prime minister Monday at the G20 summit in Turkey and told him China will never forget Pierre Elliott Trudeau’s decision to open diplomatic relations. Justin Trudeau told Xi he looked forward to a fresh start in relations with China on economic, cultural and political levels.

Canadian Muslims groups are concerned about the potential for a backlash against them in the wake of Friday’s terrorist attacks in Paris. That concern was heightened following a weekend fire at a mosque in Peterborough, Ont. Investigators are calling it a case of arson, though they have drawn no link between the fire and Friday’s attacks in the French capital that killed at least 129 people.

TEEN TO BE SENTENCED IN OFFICER’S DEATH

A 19-year-old Ontario man found guilty of first-degree murder in the death of a police officer is expected to be sentenced today. The teen was 15 when he was involved in a crash north of Toronto that killed York Region Police Const. Garrett Styles. In June of 2001 Styles was dragged by a minivan he’d pulled over and was killed when the vehicle went out of control rolled on top of him. The story will be updated

The Alberta School Boards Association will vote on whether it supports protecting students and staff who identify as sexual or gender minorities. A proposal is being defended at the group’s general meeting today. The Edmonton Public School Board is calling on the association to support boards in establishing a safe and healthy learning and working environment. Board chairman Michael Janz says research has shown that sexual-minority youth experience more bullying, harassment and alienation than their heterosexual peers.

ARTHUR KENT GETS DAY IN COURT

Former television reporter Arthur Kent’s defamation case against major media outlet is due to go before a jury in Calgary today. Kent, who was nicknamed the “scud stud” for reporting on the launch of Iraqi scud missiles during the 1991 Gulf War, is suing Postmedia and the National Post. He alleges the newspaper and former columnist Don Martin defamed him when he was running for a seat in the Alberta legislature in 2008. The defendants deny they defamed Kent.

FATHERS OF CONFEDERATION TO BE HONOURED

The federal government is launching a project to place commemorative plagues at locations in Ottawa where 15 Fathers of Confederation made a home when they sat in Parliament. It’s part of celebrations to mark Canada’s 150th birthday. In all there are 32 spots identified as former residences to the likes of Sir John A. Macdonald, Sir Charles Tupper, Thomas D’Arcy McGee and Sir Oliver Mowat.