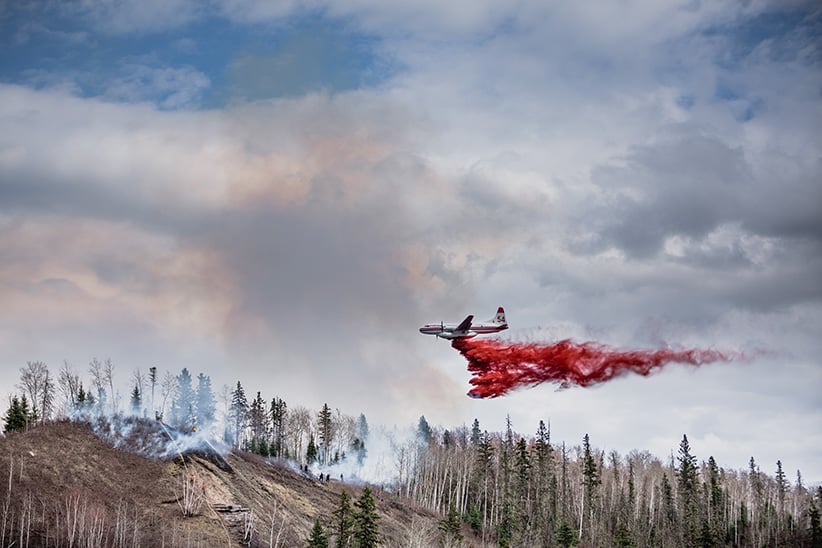 Three hundred South African firefighters have arrived in Alberta to help battle the wildfires raging in the province’s north. An Air Canada jet picked them up in Johannesburg Sunday morning and landed in Edmonton last night. The out of control Fort McMurray fire is now estimated to cover almost 58-hundred square kilometres, and has spread into Saskatchewan. But the province says a phased re-entry of residents into Fort McMurray is still on track to begin Wednesday.

IRRADIATED BEEF MAY SOON BE SOLD IN CANADA

Health Canada will propose regulatory changes next month that would allow the sale of irradiated ground beef. The department’s website says the proposed amendments would add fresh and frozen raw ground beef to a list of foods that are already permitted to undergo radiation treatment. It says the purpose would be to would allow the beef industry to use irradiation to “improve the safety of their products.” Industry groups in Canada have sought irradiation for over a decade to prevent the spread of E. coli and other dangerous bacteria, but negative public reaction to it has slowed progress.

People in Nova Scotia and New Brunswick have tried for hundreds of years to harness the mighty tidal power of the Bay of Fundy, but have met with only limited success. However, the next generation of projects is set to launch, and they could turn the tide. Stephen Dempsey, executive director of the Offshore Energy Research Association says an international push to produce electricity without increasing carbon emissions is helping make tidal energy the new frontier in renewable energy.

An Ontario woman whose young niece went missing while fleeing Syria with her family says she knows the girl may have died in the shipwreck that killed her parents and siblings. But Noor Al Jawabreh, a Syrian refugee living Kitchener, says she isn’t giving up hope her niece is alive and will leave no stone unturned until she’s found. Mira Akram Al Jawabreh, her parents and three younger siblings were among hundreds of refugees aboard a boat that capsized off Italy in 2014.

The job market is booming in British Columbia, yet observers say that young workers getting hired still can’t afford to live in the city. Ken Peacock of the B.C. Business Council says Metro Vancouver residents struggle with low or medium average incomes because the city has relatively few large corporate employers, which tend to pay higher wages. But he notes even high-income earners are challenged by Vancouver’s housing market where the benchmark price for detached home hit $1.4 million in April, up 30 per cent from the previous year.

Stay in school, get a degree — it’s a mantra millions of young Canadians live by. The trouble is that both the financial and, as a consequence, psychological cost of a post secondary education, keep rising. Many of this year’s grads left academia saddled with tens of thousands of dollars of debt. While those heading off to college and university this fall will likely have to contend with even higher tuition fees. So now some institutions are responding by beefing up their mental health services to help students cope with life in the red.

Correction: A previous version of this post misspelled lessen as “lesson”. Maclean’s regrets the error.