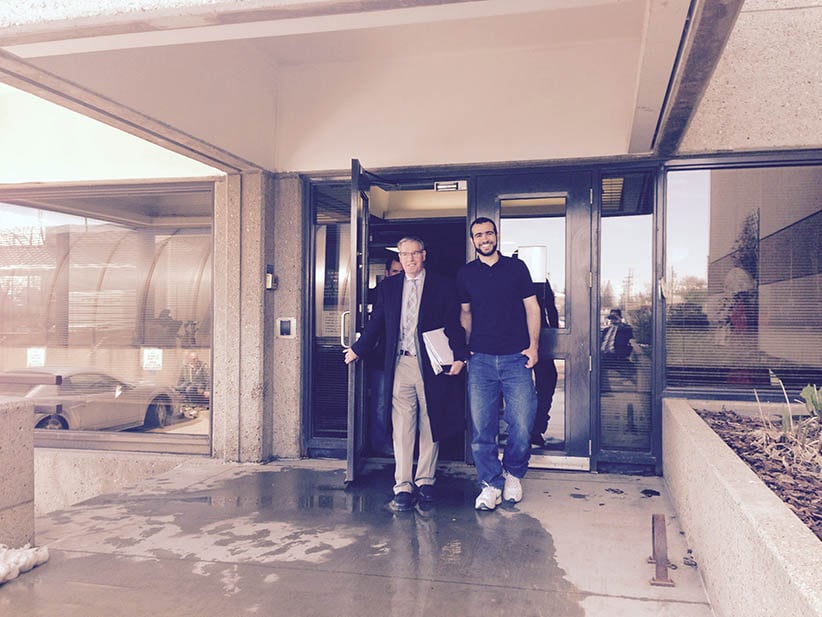 ‘GIVE ME A CHANCE:’ OMAR KHADR ASKS CANADIANS

Omar Khadr is spending his first night in his new home after almost 13 years behind bars – four of them as a convicted war criminal. The former Guantanamo Bay prisoner was freed on bail Thursday, and speaking outside his lawyer’s home where he must reside as part of his bail conditions, asked Canadians to give him a chance to show he’s worthy of their trust.

A large brush fire that charred about 14 hectares of brush and prompted the evacuation of about 200 homes east of Halifax was contained by firefighters late Thursday. Residents were allowed to return to their homes in East Lawrencetown before 9 p.m. Firefighters planned to monitor the area throughout the night.

Incoming Alberta premier Rachel Notley has taken the first step toward taking over power in the province by formally meeting with the lieutenant-governor. Notley said there’s no date yet for when she will be sworn in as the province’s 17th premier. She said she and her 52 caucus members will meet on Saturday.

JUDGE TO RULE IN TRIAL OF ROB FORD’S DRIVER

An Ontario judge is set to give his decision today in the drug trial of Rob Ford’s driver. Both Alexandro (Sandro) Lisi and Jamshid (Jay) Bahrami are charged with trafficking cannabis. Lisi is also charged with possession of a small quantity of marijuana and possession of the proceeds of crime while Bahrami is charged with cocaine possession. Both have pleaded not guilty.

Ontario parents should learn today if elementary schools will be closed Monday because of a teachers’ strike. The Elementary Teachers’ Federation of Ontario is planning a province-wide strike, but has not yet said if it will be a full walkout or a work-to-rule campaign. Union president Sam Hammond is expected to outlined the preferred path this afternoon.

When Tesla Motors announced its home-powering battery was going to be available in Canada next year, it did so with much hype, promising a convenient way of storing energy for overnight or backup use. But beyond the fanfare, questions remain whether it is worthwhile for Canadians to purchase the sleekly packaged Powerwall batteries.

– Statistics Canada will release the labour force survey for April and Canada Mortgage and Housing Corp. will release data on April housing starts.

– Prime Minister Stephen Harper and Benigno Aquino III, President of the Philippines, deliver remarks during a stop in Toronto.

– NDP Leader Tom Mulcair is in Montreal to present his plan to help the middle class.

– An inquest begins into the death of psychiatric patient Serena Perry, 22, who died on Feb. 14, 2012, while a patient at the Saint John Regional Hospital.