In the news today: Liberals take over, Conservatives pick a new leader, Hydro One debuts on the TSE 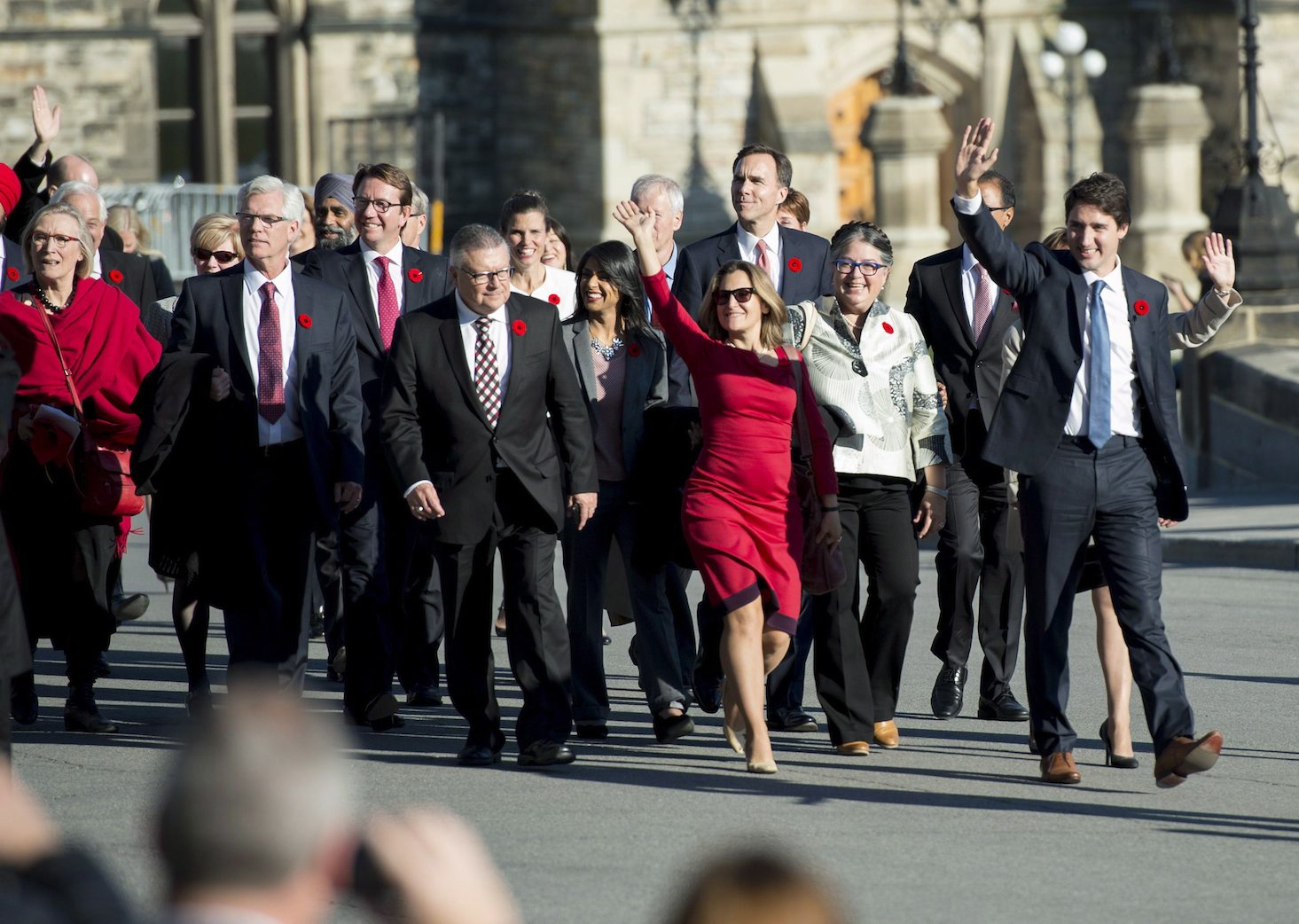 Prime Minister Justin Trudeau has unshackled his top diplomats.Trudeau sent a letter Wednesday to the ambassadors and high commissioners of Canada’s foreign missions telling them he and his cabinet will be relying on their judgment and insight to advance Canada’s foreign policy goals.

When Harjit Singh Sajjan went to join the Canadian military 26 years ago, he was rejected by the first unit where he applied. But he stuck it out — and now the retired reserve lieutenant-colonel, a veteran of three combat tours of Afghanistan, finds himself running the place.

Conservatives will pick an interim replacement today for former leader Stephen Harper — a decision that could, at least temporarily, mark a shift to how the party operates. There are eight members of Parliament running for the temporary position, which was vacated by Harper after the Tories lost the October federal election.

‘NO REPERCUSSIONS’ FOR QUEBEC ASSISTED-DYING LAW

Canada’s newly minted Liberal government is unlikely to challenge a Quebec law allowing terminally ill patients to end their life with a doctor’s help months before the federal ban on medically assisted suicide is lifted, a national advocacy group said. Quebec was the first province to pass right-to-die legislation last year, arguing it is an extension of end-of-life care and thus a health issue, which falls under provincial jurisdiction.

Hydro One, the giant transmission utility whose sale has sparked political controversy in Ontario, makes its debut on the Toronto Stock Exchange today in one of the largest initial public offerings in Canada in 15 years. The Ontario government has said it plans to use the $1.66 billion generated by selling 13.6 per cent of its stake in the company to fund transit and infrastructure projects.

Exporters may be happy about the low loonie, but the average small business, well, not so much, according to a new survey released by CIBC.In fact, the bank (TSX:CM) says far more small businesses report being hurt than helped by the lower currency.